My Messages
You have no Messages at the moment.
You will get access in group chats once you are connected with others in a trip.
From Near-Death Experience To Full Time Traveler: Here’s How Almost Dying On A Mountain Transformed Dave Into The Traveler He Is Today
What is GAFFL?

"Treasure the good times. Get through the bad times. And above all, do **NOT** let fear control your life".

Dave loves to move - it is addictive and perhaps that is the root reason why he travels. He hates staying in one place and the best medicine for this lifestyle is travel. Dave enjoys most types of travel but in particular travels that combine hardcore adventure with wine, culture, and history. He is attracted to places where he can experience all this within a several hour radius. Salta Argentina is a good example of this.

Dave is also involved in a significant project in which he is visiting, tasting, and writing extensive reviews of all wineries based in the Napa Valley, California (well over 1,000 completed to date in about 15 years of intense work). Doing research for this project has taken him all over the country and the world in addition to his other travels. You can learn more about the project here. To follow along with his adventures be sure to check out Dave's Travel Corner and follow him on Twitter, Facebook, and Instagram. You can also connect with Dave on GAFFL. 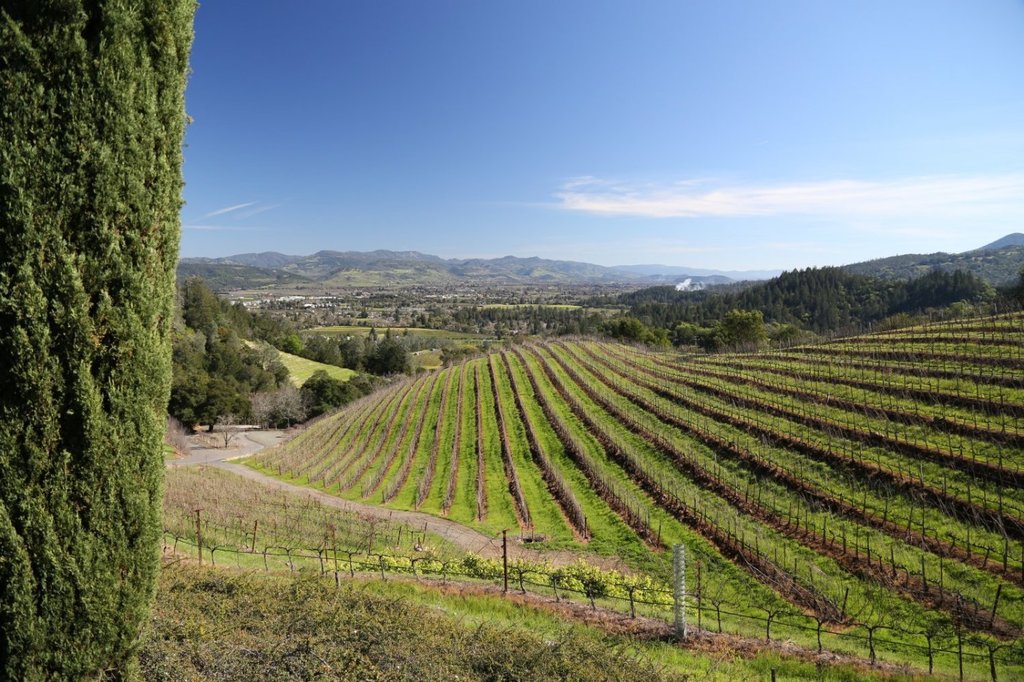 I have been attracted to the mountains for as long as I can remember. When I spotted an impressive photograph in the window of the student union at my college - advertising an adventure trip to Nepal, I was immediately intrigued. The price was right for the experience - so I soon signed up but until I was actually on the trip I really had no idea what I had signed up for! 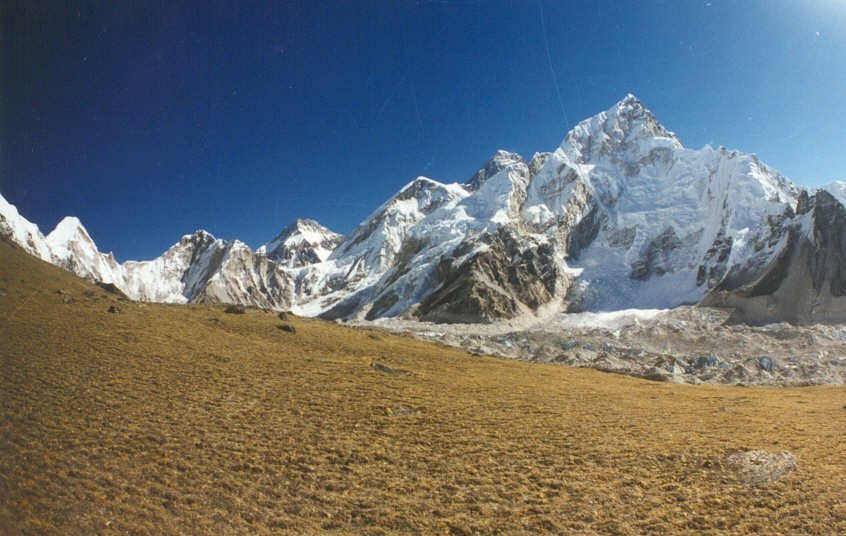 The physical goal of our trip was to summit a relatively low Himalayan Peak called Kala Patthar at an elevation of 5,643 meters near Everest Base Camp. During our trek, I became violently ill from both food poisoning and altitude sickness (my first time at this type of elevation). I began to feel sick the higher we climbed and initially I just forced my way through it - throwing up and walking extremely slowly during each day's trek. Eventually, I reached a point one evening where my heart began to race as did my mind. I was having a hard time breathing and wasn't able to stop throwing up.

Our guide made the decision to carry me down to a lower elevation on his shoulders - accompanied by a woman who was also feeling ill but wasn't nearly as in as bad shape as myself. We left at midnight; I remember bone-chilling air, the brightness of the stars, being absolutely miserable, and the feeling of failure. The guide carried me for about 3 hours until we arrived at a stone hut at a lower elevation. 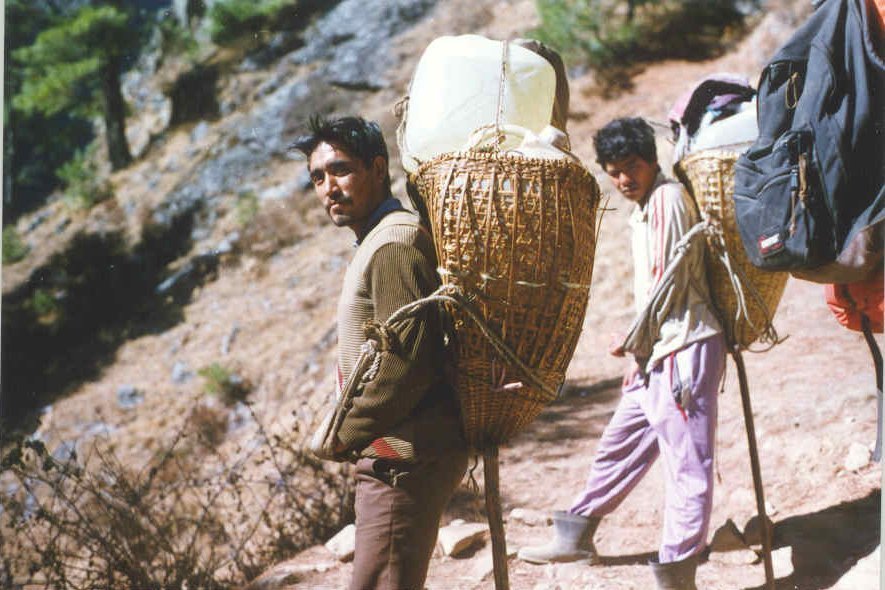 I crashed hard - our guide left me with the woman at about 5 am and then climbed all the way back uphill to be with the rest of the group and he eventually reached the top of Kala Patthar later that morning (he was in exceptional shape). I couldn't sleep, rather kept throwing up in a large metal bowl - which was frozen nearly solid by morning (indicating just how cold it was even indoors).

When the sun came up we both decided to descend lower since I was still feeling miserable. I tried to step out of bed and wobbled and was unable to physically stand.  This amazing woman (shorter than I was but stouter) ended up carrying both our backpacks down the mountain, dropping them off next to the trail, coming back for me, and carrying me on her back in somewhat of a sling we fashioned from one of our sleeping bags. She would drop me down, I would continue to throw up until there was nothing left in my stomach - we repeated this process most of the day. At one point she even slid a note into one of the huts pleading for help in case someone was on the way down. 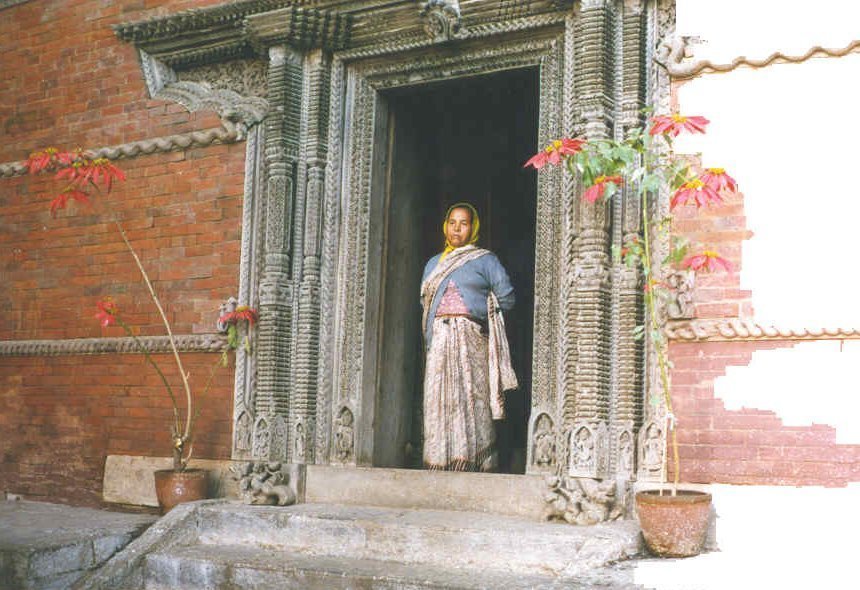 Ultimately one of our porters did come back for us, saw the note, and ran down the mountain until he found us struggling. He then took turns carrying me (he was much smaller than I was) until we finally reached a low enough elevation where in some miraculous moment I began to regain energy again and was able to stand on my own two feet. The woman and I were both crying - utterly physically and mentally exhausted.

It may sound a bit cliche but this is what helped form my perspective of both living and travel and created the curiosity, passion, and obsession for travel that I now have today. I became like a sponge - wanting to absorb as much as possible from my travels.  It also taught me a few lessons: don't take anything for granted, live in the moment, the world is in a constant state of change. Treasure the good times. Get through the bad times. And above all, do **NOT** let fear control your life.

Nepal is so different from the 'western' lifestyle that I was raised in. In Kathmandu we saw burning bodies next to the river, we saw poverty, we tried food completely foreign and experienced a number of facets of religion I was not familiar with. And the overall sensory overload appealed to me in a big way. I wanted more of this in a big way - and began to take trips to the most exotic places I could find on the planet. 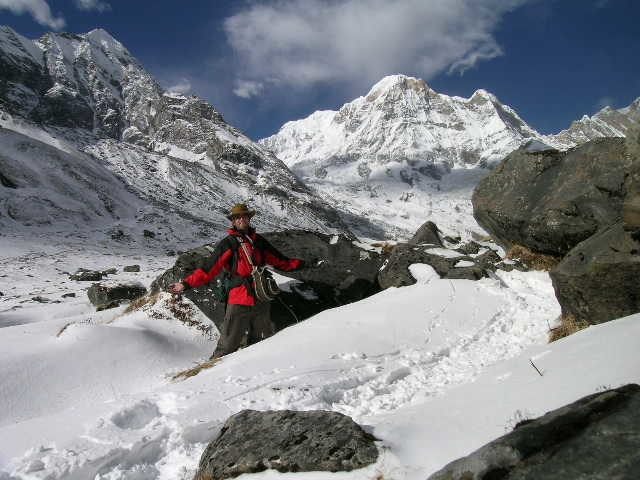 I Have Made Great Friends During My Travels

I have been to Peru many times - over the years staying with new friends, meeting new friends, and remaining friends. In fact, I have gone on several trips with people I have met in Peru - both domestically in the USA, within Peru, and internationally. Just last year I traveled to Croatia with someone who has become a good friend over the years. We visited small villages, drank wine, stayed with locals, and watched a storm from the cliffs above Dubrovnik. 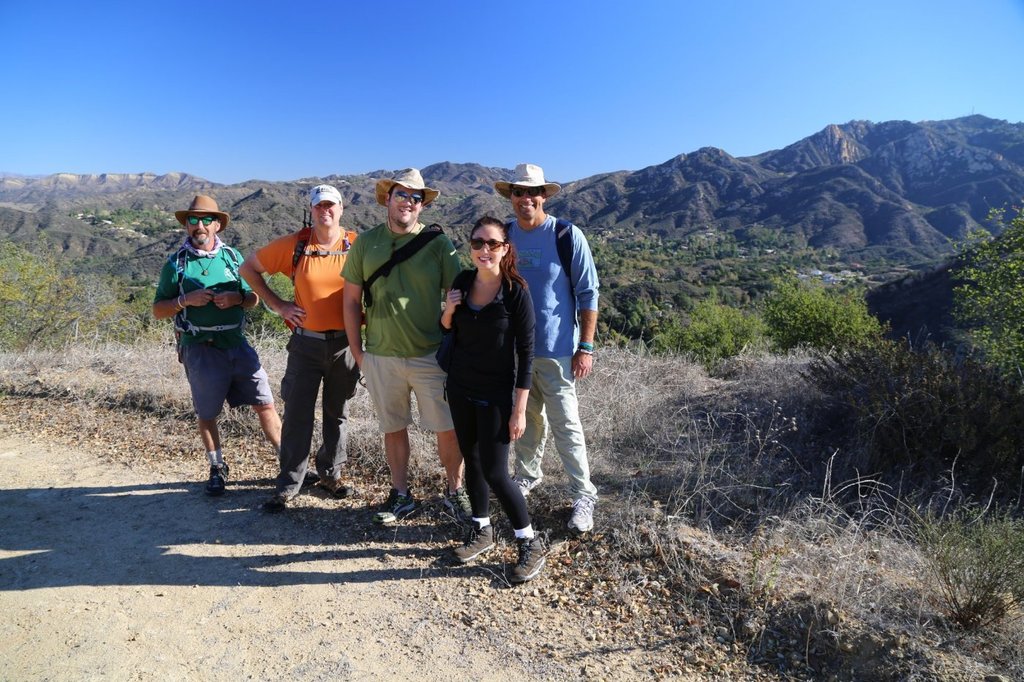 I Try To Travel As Often As I Can

I'm usually on the road 4 to 6 months of the year. Even this year with all the challenges, I've been able to travel about 4 months so far. I was in both Australia and Asia in January and February and then I took several extended domestic trips in the US starting immediately in mid-March through June. I visited French Polynesia in early October with a friend (one of the highlights was visiting a vineyard growing entirely on coral), and I have a couple more domestic trips lined up later this year. 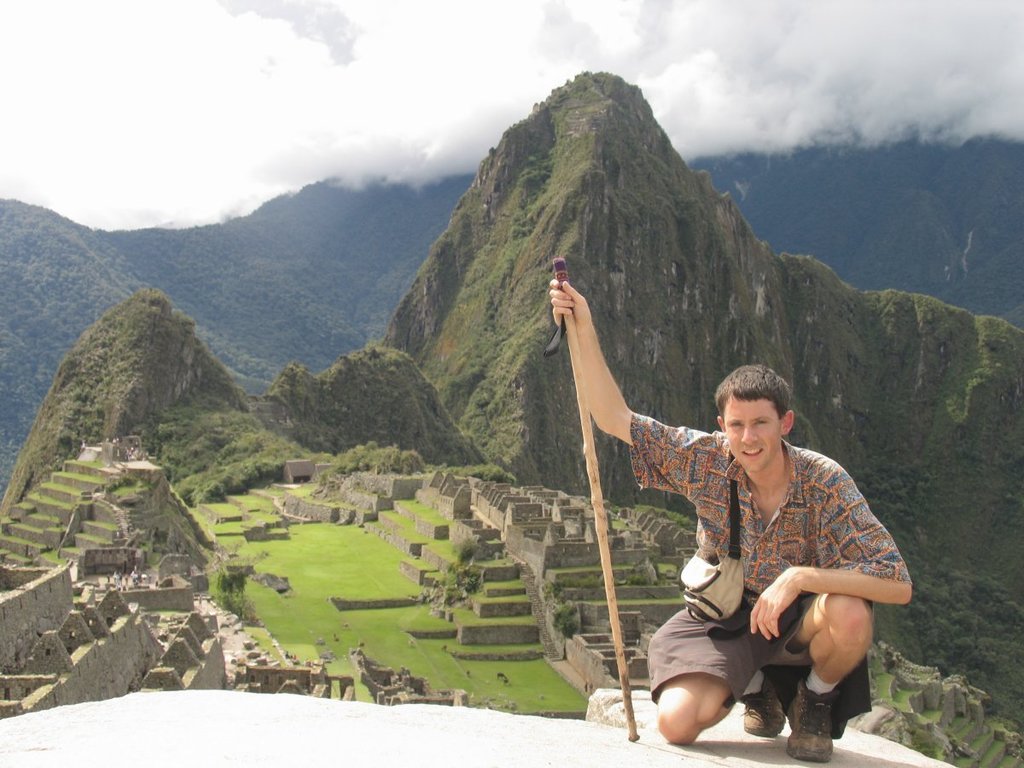 I often choose places I have never been to before. I love the thrill of visiting 'new' places. My return visits are to places that are exceptionally special - and usually involve a combination of both inspirations from the human world combined with the natural world. Petra in Jordan is a good example of this. Machu Picchu is another. Sometimes my travels are for press trips (these are very limited and structured) - but I often use these to stay longer and travel in a region on my own. I usually have a set idea of the length of my travels - early on preferring quantity over quality but more so these days I tend to spend a bit longer in places. 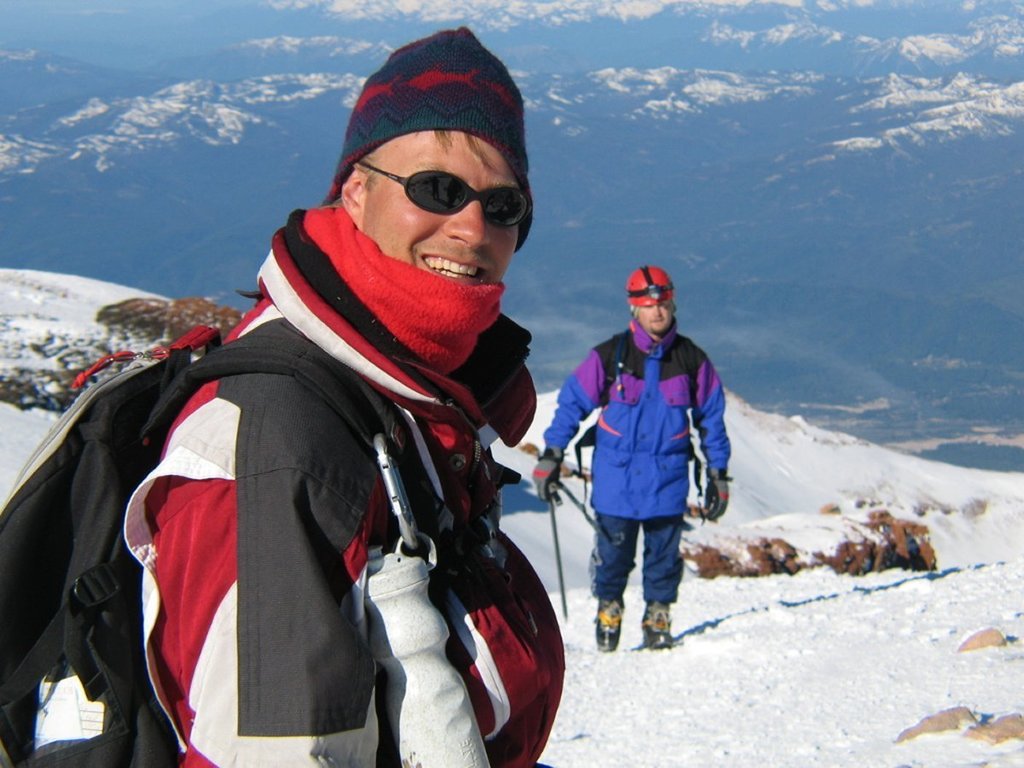 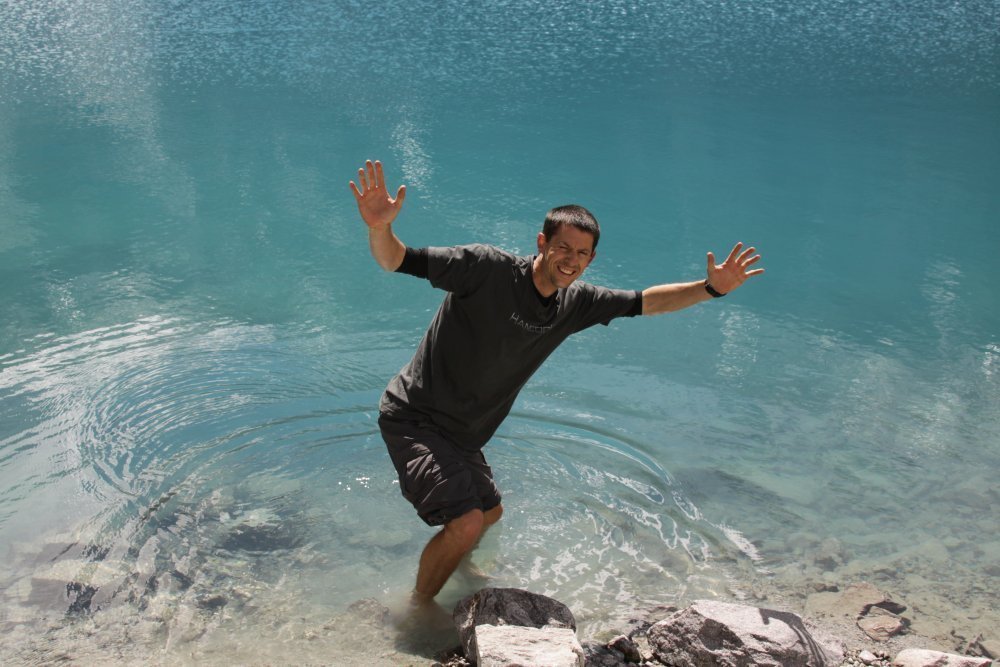 Be prepared to put in long hours to build a career that allows you to travel full time. You will need some ongoing income in order to sustain full-time travels - or a large banking account and savings.

If traveling full time is your goal and especially if you are starting from almost nothing - you need to take a chance. Maybe it will work, maybe it won't, but you need to try. Have a backup plan. Or don't. Let the backup plan come to you if you end up needing one. 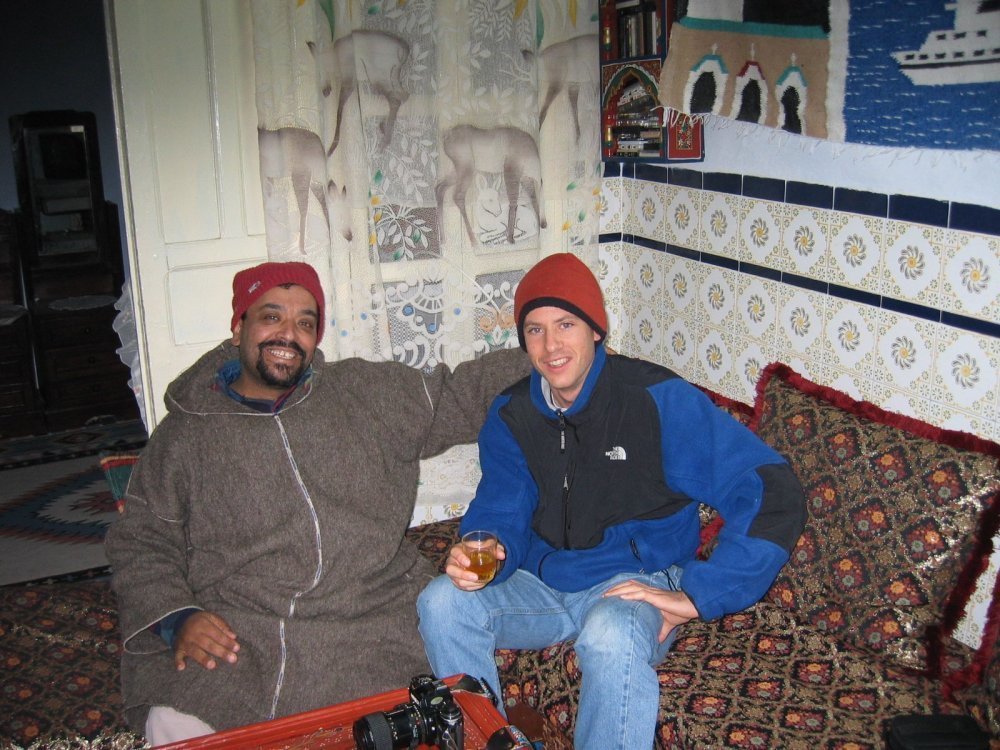 Create something that people want and will pay for. A good example of this that allows for an independent location lifestyle is a piece of software that my brother programmed. ReservationKey.com is a reservation service catering to hotels, B&B's and to various other parts of the hospitality world. A platform like this has allowed him to travel and work almost anywhere on the planet as long as he is connected to the Internet. It is a business that when he started, there was already plenty of competition, but he carved out his own niche and now it has become extremely successful. Don't let competition discourage you. 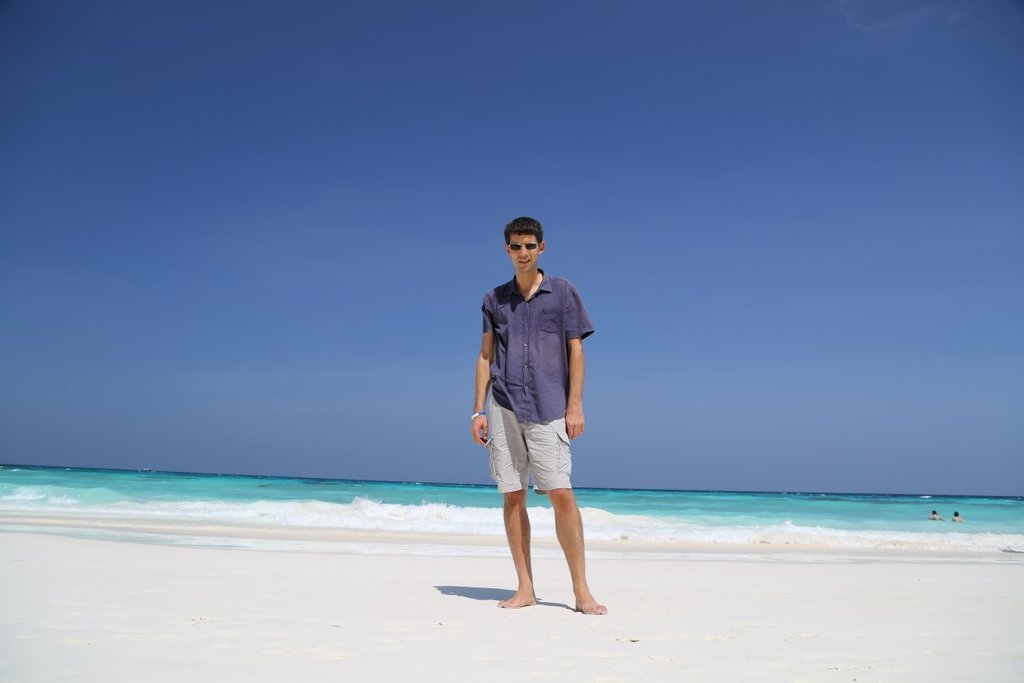 I was lucky that I started writing about travel online well before travel blogging was even a term and before software made it much easier to do so. I will also say that persistence is extremely important. Don't give up on what you want or believe in. I will reference several quotes here from some winemakers in the Napa Valley. Steve Reynolds uses the following to refer to one of his wines, something like, “the difference between success and failure is persistence” and another nice one from a winemaker Tegan Passalaqua, “Persistence will always win over intelligence...”

Tired of traveling alone? Connect with users from over 170 countries to plan trips and travel together!
Try GAFFL
Solo Travel Tips
How To Travel Around Australia On A Tight Budget
They Sold Everything 4 Years Ago To Live In Their RV Full-Time: Justin & Stacy Share What RV-Livi...
During His 9 Years Traveling The World Tom Hasn’t Lived Or Worked In One Place For Longer Than A ...
How these Two Solo Travelers Saved $400 on a Multi-Day Road Trip
Hannah's Top Destinations For Solo Female Travel & How To Use Unpaid Time & Holidays To Get There
Travel Stories
These Highschool Sweethearts Have Been Traveling Around The United States For Over A Year In Thei...
@Ashleyprenza Is A Solo Traveler From New York Who’s Been To Over 30 Countries And Counting
10 Years Ago Cheryl Moved To Germany Alone, Unemployed, & Without Knowing The Language: It Was He...
Here's How Estela Travelled To 40 Countries And Found The Kindest People In The Most Dangerous Pl...
Solo Traveling Since The 80s: Shane Shows You How You Can Leave Your Traditional Life For One As ...