My Messages
You have no Messages at the moment.
You will get access in group chats once you are connected with others in a trip.
Exploring Rottnest Island With Elyse
What is GAFFL?

Elyse Dickie is an Australian who has spent the last ten years on the Gold Coast after growing up in Melbourne. She works part-time in the airline industry and runs a travel blog called A World To Live. She loves sharing travel content on her website and social media accounts (primarily Instagram) and has a real passion for inspiring people to travel and helping them plan epic adventures. 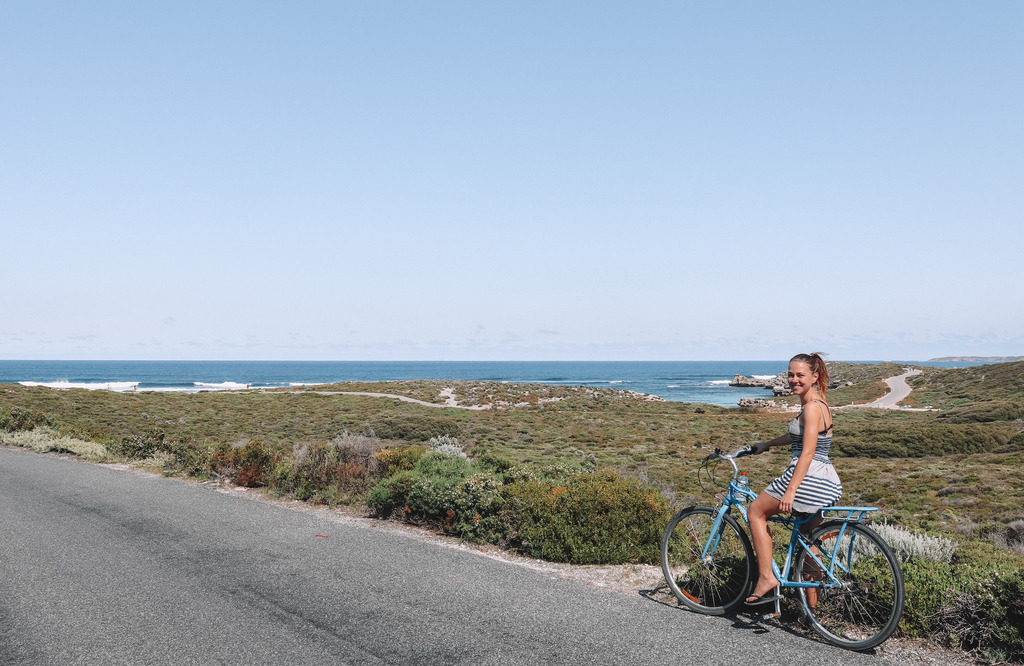 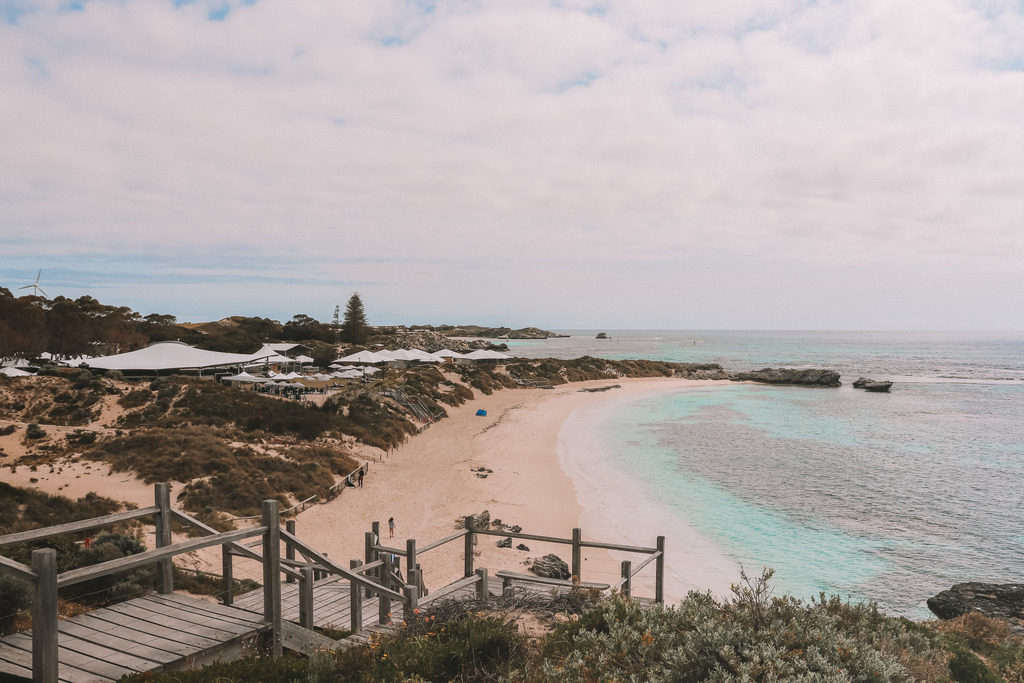 What Inspired Me To Take This Trip to Australia

The majority of the trips I have taken have been to overseas locations, but even prior to covid I think it’s important to also discover your own backyard.

I have always lived on the east coast of Australia, so I was very excited to head west and visit Rottnest Island in Western Australia. Even though it’s in the same country, a flight from Queensland to Western Australia will take close to 5 hours!

How I Packed for the Rottnest Island Trip

Rottnest Island has some of the most beautiful beaches in Australia, so I was sure to pack bikinis & a beach towel. Comfortable shoes, suitable for bike riding and also snorkeling gear. It is possible to rent snorkels, masks and fins on the island but I preferred to bring my own. 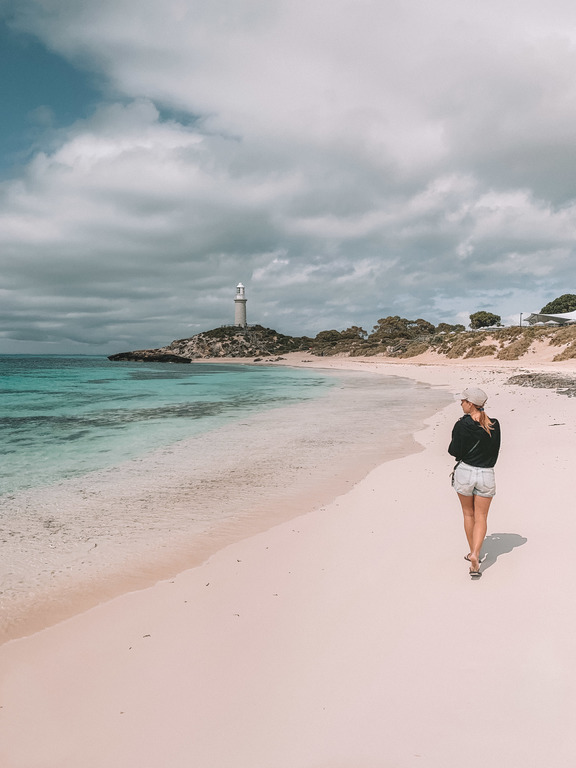 Each Morning We Picked a Section of the Island To Explore

I flew from Gold Coast airport with Jetstar on a direct flight to Perth where I needed to spend a night. And, then the next morning took the Ferry across to Rottnest Island.

I was staying on Rottnest Island with my husband and we’d start each day with a coffee on our balcony overlooking the ocean, followed by a beach walk, and then we would have breakfast.

When we first arrived on the island, I grabbed a map that marked the island’s most notable beaches and snorkeling areas. So, each morning we picked a section of the island to explore, cycled around and visited as many beaches as we could. 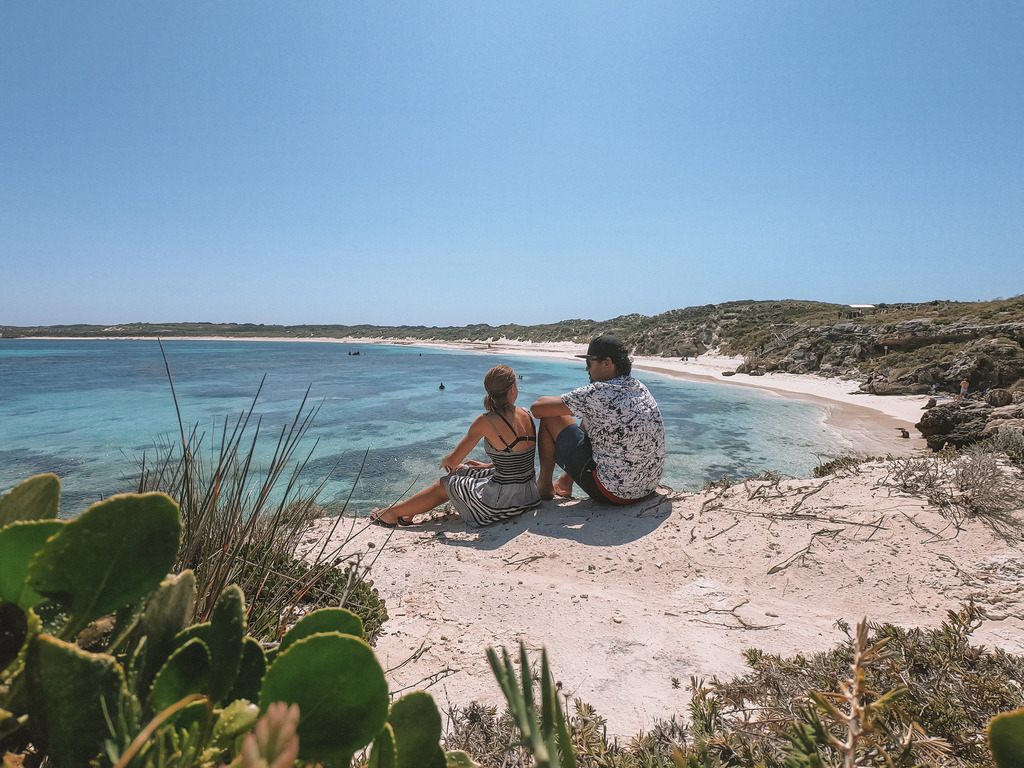 How We Got Around the Island

Once we hopped off the ferry, the only way we got around was by foot and pushbike. There is a bus on the island that visitors can hop on and it stopped at the most popular places. But I do think hiring a bike is best, apart from all the exercise you’ll get, it's a great way to explore the island at your own pace and you won’t be restricted by a bus timetable.

Top Things To Do on Rottnest Island

The 10,000 jumping Quokkas are unquestionably Rottnest Island's stars. For those of you who have never heard of a Quokka, they are similar to mini-Kangaroos. They are nocturnal mammals that are native to Rottnest Island and are said to be the happiest animals on earth due to the absence of predators on the island. Your best chance to see a Quokka is early in the morning and late in the evening. They are much more social then. Don't be afraid to kneel down next to them and pull out your camera. Quokkas love taking selfies.

Rottnest Island is famous for its natural beauty, so visiting the beaches and going snorkeling are musts. The color of the water is absolutely stunning.

And also, Rottnest has a large military history that played a role in both world wars. Visitors can a number of guided tours. We went for a one-hour tour of the Oliver Hill Gun. The tour included an up-close look at a ginormous gun that was used to fire at boats attempting to invade Australia during WWII, visiting underground tunnels & seeing where soldiers worked. 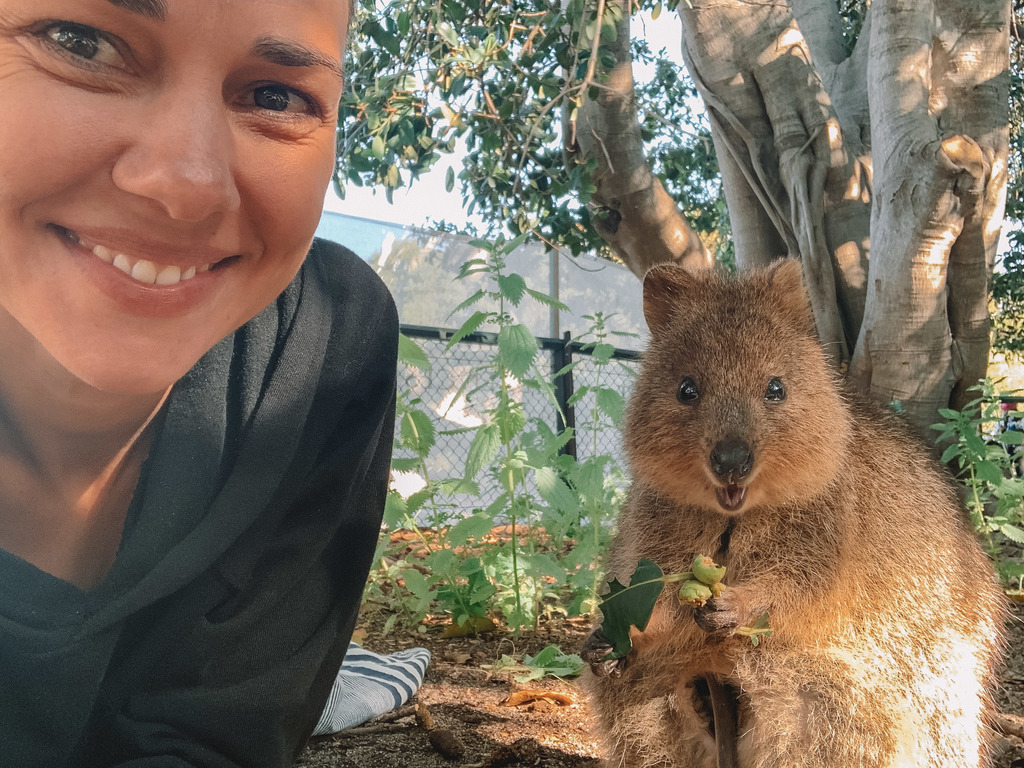 My Favorite Memory on the Island

I have two favorite travel memories from my time on Rottnest. The first would be having the freedom and flexibility to explore the island by bike. It’s the best way to do it and you get to see so much more than if you were traveling around by bus.

And, the second would be seeing the Quokkas. I love animals and it’s always so special to see native animals living their best life. They were so cute, especially the tiny babies.

How We Made the Trip Budget-Friendly

One of the easiest ways to save money on Rottnest is to take over what you have, for example, your own snorkeling equipment and if possible, some of your own food. General groceries, toiletries, and snorkeling equipment are all available on the island but will always be more expensive compared with the mainland.

We stayed at Discovery Rottnest Island, and our room had a kitchenette and small BBQ, this was great because we were able to save money by having a couple of dinners in our room. 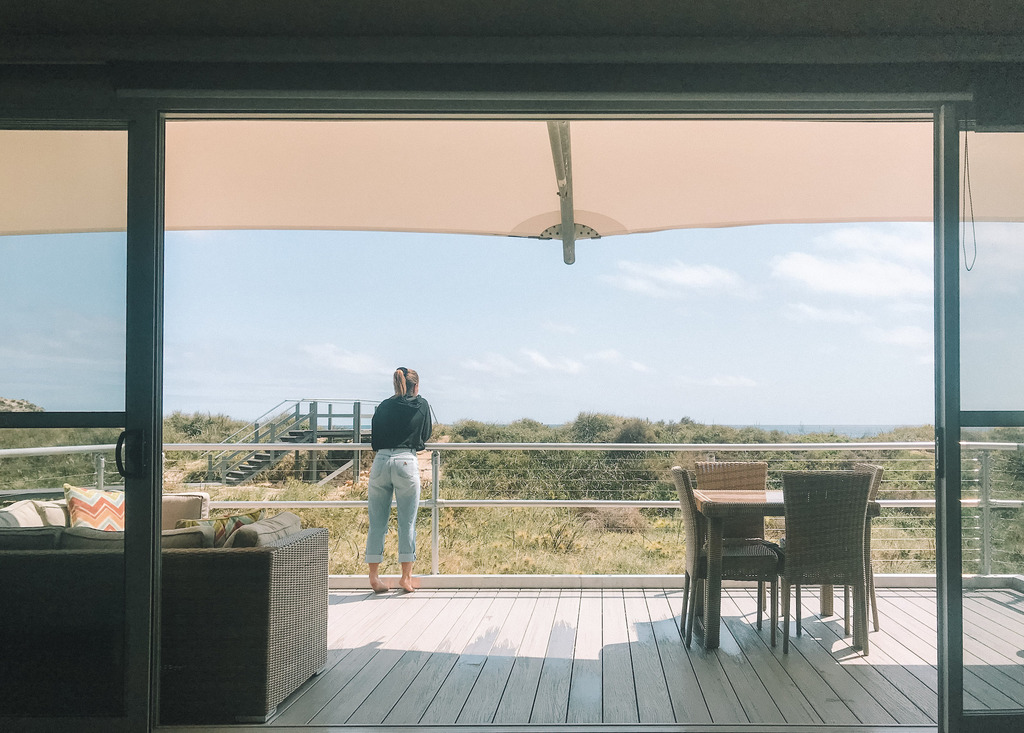 We didn’t meet any other travelers during our stay. I think Rottnest is most suited for couples, families, and small groups of friends.

Activities and Sights Not To Be Missed on Rottnest Island

Hotel Rottnest is a great pub for dinner and drinks and is located right near the ferry terminal. The food I had there was amazing and the uninterrupted ocean views from there were beautiful, especially in the late evening when the sun is starting to go down.

Tired of traveling alone? Connect with users from over 190 countries to plan trips and travel together!
Try GAFFL
Solo Travel Tips
Here Are 13 Essential Travel Tips For An Amazing Vacation In Taiwan
9 Days On The Ring Road With Mandy
Stella Travels 15 Weeks A Year Eating At Amazing Restaurants & Seeing Beautiful Things While Also...
This Mountaineer With A Full-Time Job Is Completing The 7 Summits!
Vacation Checklist: 6 Important Tasks to Do Before Leaving the Office
Solo Female Travel
How Jackie Traveled To 40 Countries by Overcoming Her Fear of Solo Travel
She’s An Introvert Who Loves Meeting New People: Here’s Why Natasha Left A Career In Finance To S...
This Backpacker/Digital Publisher Shares Her Best Tips For Traveling To Europe And Beyond
Queenie Started Solo Traveling By Accident Even Though She Has Always Been A Wanderer At Heart
Tausha Is Proving That You Don’t Need To Quit Your Job To Travel The World
Travel Stories
Elle Is Proving That You Don't Need A Lot Of Money Or A Car To Travel & Enjoy New Experiences In ...
After Making The Switch To Remote Work Lydia Is Finally Able To Travel Full Time & Has Over 1000+...
Corporate Fatigue Pushed This Couple To Travel The World
Here’s How Arimo Spent 777 Days Around The World
Roxanne & Maartje Have Been Traveling The World Together For Three Years And Inspiring Other LGBT...