My Messages
You have no Messages at the moment.
You will get access in group chats once you are connected with others in a trip.
Stella Travels 15 Weeks A Year Eating At Amazing Restaurants & Seeing Beautiful Things While Also Teaching Part-Time
What is GAFFL?

At GAFFL, we love to publish inspiring travel stories from adventurers around the world. You can connect with adventurers from 170+ countries on GAFFL, meet up, and explore destinations together. In this article, we are featuring Stella Jane, a native New Yorker who used to be a full-time teacher, but now she teaches part-time and travels part-time.

Stella's favorite things about traveling are the food and the chance to see beautiful things all around the world. You can follow along on Stella’s adventures on Instagram @Aroundtheworldin24hours and by visiting her blog Around The World In 24 Hours. You can connect with Stella on GAFFL. 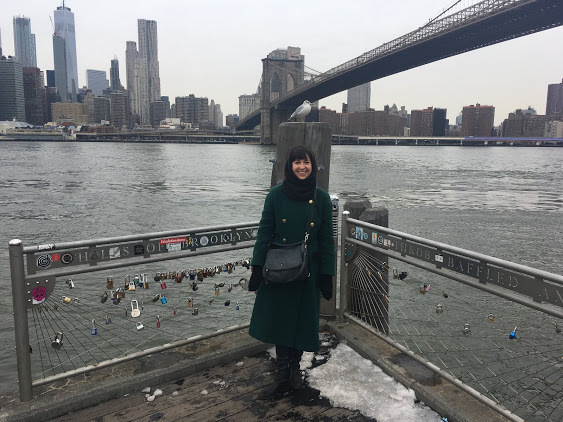 Why I Started Traveling

I started traveling because my mother died the year after I graduated from college, and I wanted to get out of town to process my feelings. I ended up spending a weekend exploring Washington DC alone, and it was amazing and changed my whole life. Now I can’t imagine how boring and sad my life would be without travel. 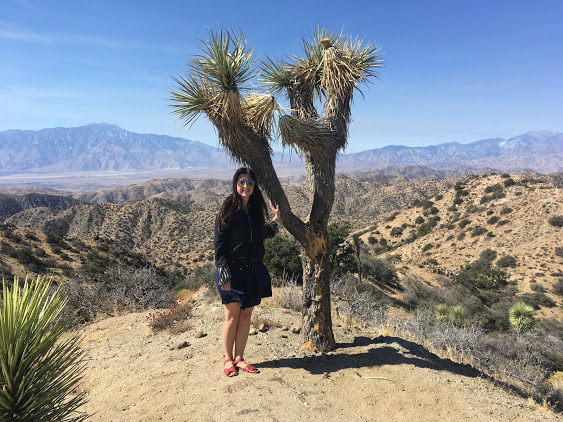 I’m Always On The Go

I travel about 16 weeks a year--it’s good to be a teacher! My favorite things to do when I travel are dine at restaurants and visit museums. But also I love just wandering around and taking random photos of things. 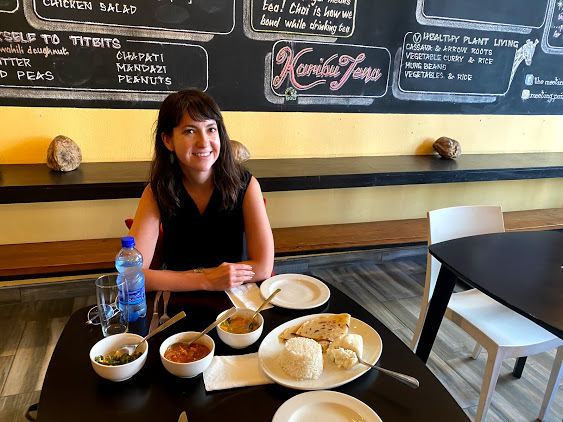 I try to find a good balance between places I have visited and places I have never been. For example, I try to visit New Orleans and the Hudson Valley in New York State every year. Right now I am working on visiting all 50 states, and so far I have done 48. Only Alaska and Hawaii remain. Once I decide where I’m going, I look for the best restaurants and the most popular cultural attractions so I can check them off my bucket list. Usually this means things like museums, concerts, and plays, but in Morgantown, West Virginia, it meant going to my first college football game, which was tons of fun. 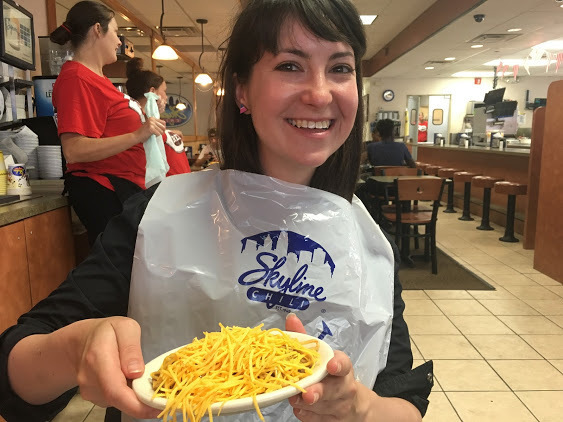 How I Pack For My Trips

I have a standard packing list that I print out every time I travel so I can just cross things off and not think about it. I keep a few different ones on my computer for weekend trips, week-long trips, and longer trips. I always need my cell phone charger and electronic adapter for trips to countries with different electrical systems than the US, Advil and Bandaids in case I can’t find the exact kinds I like when I’m on the road, and my stuffed Winnie the Pooh so I can get to sleep in any kind of strange hotel. 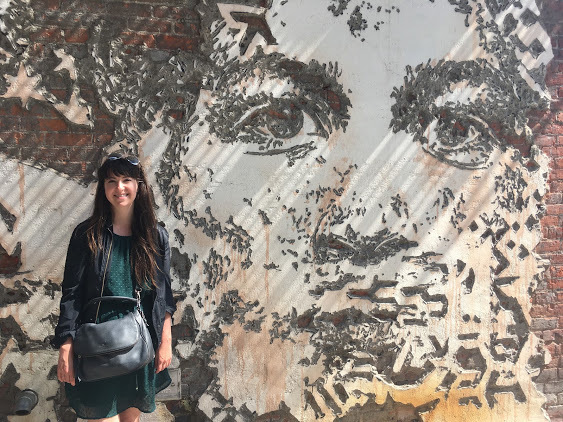 Safety Precautions I Take When I Travel Solo

I make sure to pick a hotel in a safe, well-lit location. Plus I try to not walk around by myself at night in unfamiliar places. One time I ended up walking around an unfamiliar part of Chicago past midnight, and a group of strangers approached me. I was nervous, so I started doing an odd dance and making funny noises and they crossed over to the other side of the street. Probably they were more scared of me than I was of them! 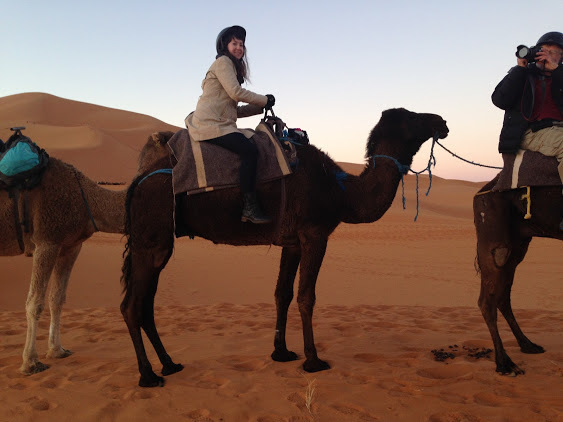 I’ve been to 65 countries, mostly in North America and Europe. However, I’ve been to every continent but Antarctica. I love visiting hidden gems like the British fishing village Newlyn or Los Alamos, in northern New Mexico. But I also go to Disney World every year, so I like more popular attractions too. My favorite memory of traveling with locals is when I celebrated New Year’s in Rio de Janeiro and ended up partying all night with a group of Brazilian graduate students. We promised we’d keep in touch, which ended up not happening, but I’ll always remember them. 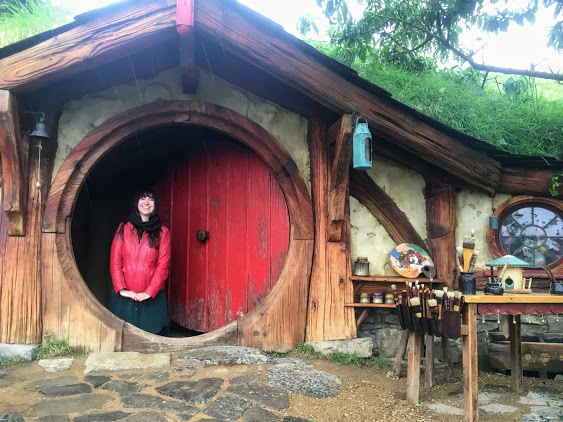 Some Of My Favourite Travel Apps & Websites

My favorite travel app is TripIt because it keeps track of all the emails related to my trip. I usually fly with Delta Airlines because I have their credit card which gives me points, so I like the Fly Delta app too. 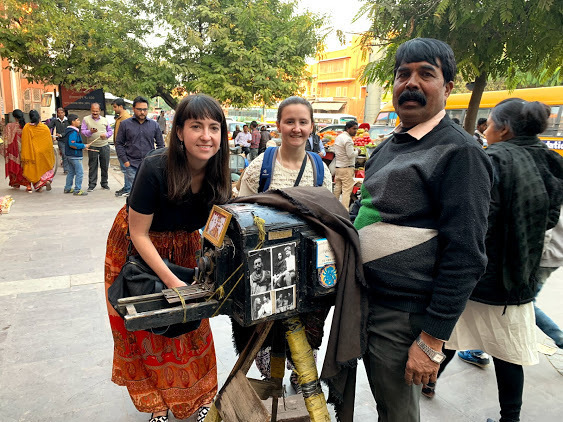 Why I Started My Blog

I started my blog shortly after I started traveling because I went to Japan, and my friends said they wanted to read about my adventures. At first it was just a personal blog, but then it expanded. My goal is to teach my readers how to plan a travel itinerary that will suit them. My itineraries are perfect for me, so I hope that by sharing them with readers, they will learn how to create their own. I also hope to teach people to enjoy different kinds of food and art. Just because something is unfamiliar at first doesn’t mean you can’t learn to love it! 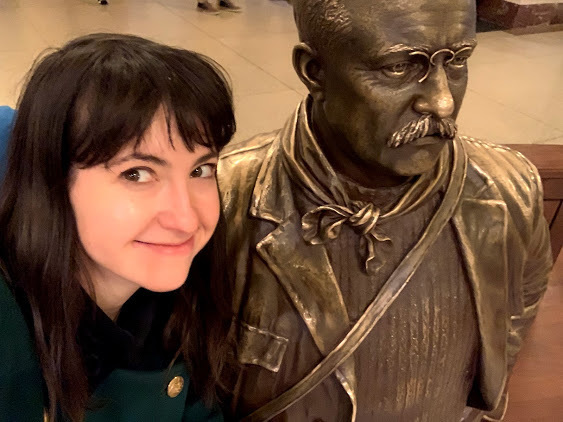 How I Manage My Travel Costs

I do travel on a budget, but my one weakness is a nice restaurant, so I save up for special experiences like the Michelin-starred Maeemo in Oslo, Norway. To balance that out, I don’t spend much money on hotels or transportation. That means I’ve stayed in a lot of Motel 6s and traveled on many Bolt Buses, but I’d rather have a world-class meal than waste money on an expensive hotel room. I also try to earn extra money when I’m at home by having a side hustle and by renting out my apartment when I travel. 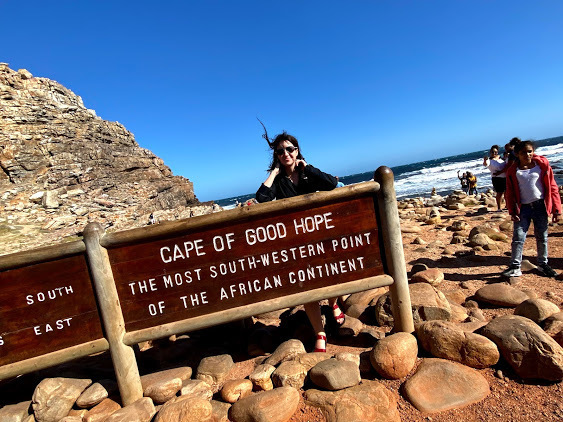 How I Became A Moldovan TV Star

On one of my more recent trips to Europe, I took a group tour that went to a country called Transnistria. This country represents the Russian-speaking part of Moldova, but most other countries don’t acknowledge its existence. We got to visit a restaurant that was full of memorabilia from the Soviet period and meet tons of locals who had never met foreign travelers before. Plus we attended a jazz concert on a boat that was filmed for local television. The main performer asked me to sing with her, and it was filmed as part of the show, so I’m pretty sure I’m a Moldovan television star now. 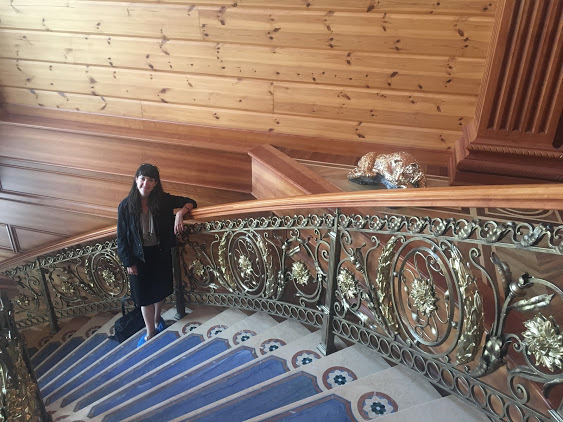 Some Things That Prevent Me From Traveling More

I’d travel more if I had the money! The blog isn’t bringing in a full-time income yet. The biggest challenge to traveling solo is that some restaurants won’t accept solo diners. I know we don’t spend as much money as a couple or a group, but we are very loyal when we find a place that treats us well. Give us a chance! 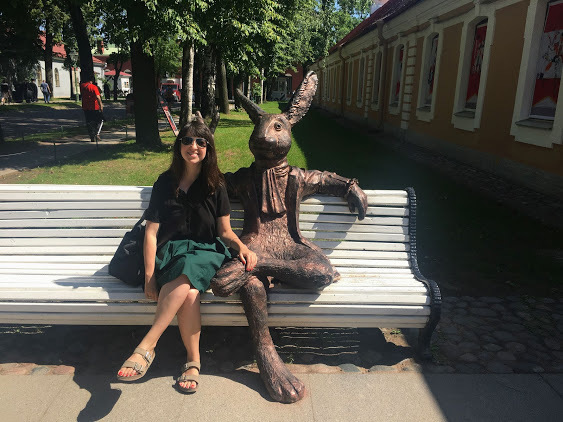 My Advice To New Solo Travelers

Lots of women I meet who want to start solo travel are worried people will judge them for being alone and being single. No one is judging you! If they think about you at all, they think you’re cool for being so independent. Also if you’re ever in a situation that makes you feel unsafe, just leave and go somewhere safe. Trust your instincts. 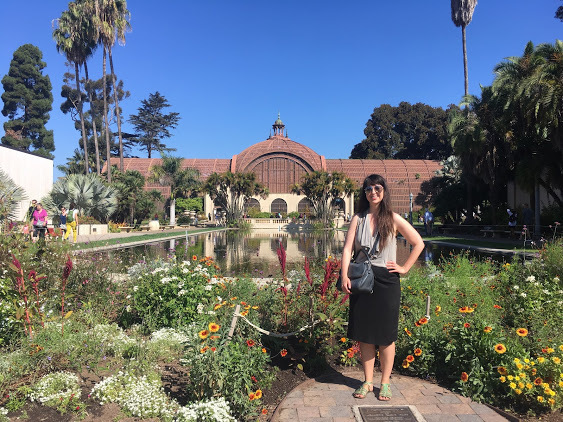 Tired of traveling alone? Connect with users from over 190 countries to plan trips and travel together!
Try GAFFL
Travel Stories
Katia Spent Over A Year In Malaysia Living, Studying, Working, And Having The Time Of Her Life!
Melissa Believes In Pushing The Boundaries Of Solo Female Travel & She’s Doing It With High Heels...
Lisa Is An Experienced Digital Nomad On A Mission To Inspire Others To Feel The Empowerment Of So...
After Graduating Katie & Jake Set Out To Explore The World Leaving Everything Behind Except For T...
This Globetrotting Adventurer Shares Her Profound Realization Of Happiness Gained Through Empathy...
Solo Travel Tips
Jordan Shares Her Passion Of Exploring Off-Beat Destinations And Provides Priceless Tips & Advice...
Ivan Is Always On The Move Looking For Extraordinary Places, People, And Passions To Explore Arou...
During His 9 Years Traveling The World Tom Hasn’t Lived Or Worked In One Place For Longer Than A ...
The Ultimate 10 Day Switzerland Itinerary For Budget Travelers
How Elizabeth Explored the Best Places in Portugal in Just 11 Days!
Solo Female Travel
This Seasoned Solo Traveler Has Traveled Across 30 Countries In 5 Continents And Shared Her Remar...
For Her Gap Year Alix Journeyed Through South East Asia With Nothing But Her Backpack
How Jackie Traveled To 40 Countries by Overcoming Her Fear of Solo Travel
From A Campervan To A Campercar: Here's How Lara's Been Managing Her Working Holiday In Australia...
Why the Azores Is a Great Place for Solo Female Travelers