My Messages
You have no Messages at the moment.
You will get access in group chats once you are connected with others in a trip.
Top 7 Safest Destinations for Solo Female Travelers
What is GAFFL?

GAFFL connects travelers with similar itineraries to share costs and experiences around the world. Simply type the destination you are traveling to, connect with travelers and locals, chat, meet up and explore together!

This article was written by Atiqa.

If you’re looking for a safe destination to travel solo as a woman, here is a list of countries you can consider! Solo traveling has multiple benefits and getting a confidence boost and meeting new people, are only some of them. If you’re looking for a travel buddy to split costs and expenses with, or just to keep you company, you can use GAFFL to connect with travelers and locals with similar itineraries to plan a trip or create one and travel together.

If you love adventures, sports, and nature, New Zealand is the place to be! Nature has blessed New Zealand with some of the top picture-postcard views and tourism spots. Here, you will find friendly locals willing to help tourists find their way, and communication is easy since English is the native language. You don’t have to worry about getting lost either since it’s easy to get around in New Zealand. All in all, a small country made of two main landmasses, New Zealand is a beautiful country to explore.

The North Island is home to active volcanoes, colorful lakes and beaches. You can visit the Bay of Islands where you can go sailing and yachting, and watch penguins, dolphins, and whales.

The South Island, on the other hand, gives you a whole different vibe with mesmerizing views of glaciers, snowy peaks and the ocean with happy seals and dolphins in their natural habitat.

New Zealand has a peace index of 1.221 and has been ranked as the second most peaceful country in the world in 2018.

Some of the top attractions in New Zealand are Fiordland National Park and Milford Sound (South Island), Bay of Islands (North Island) and Queenstown (South Island).

You can read more about why New Zealand is one of the safest destinations for solo female travel here. 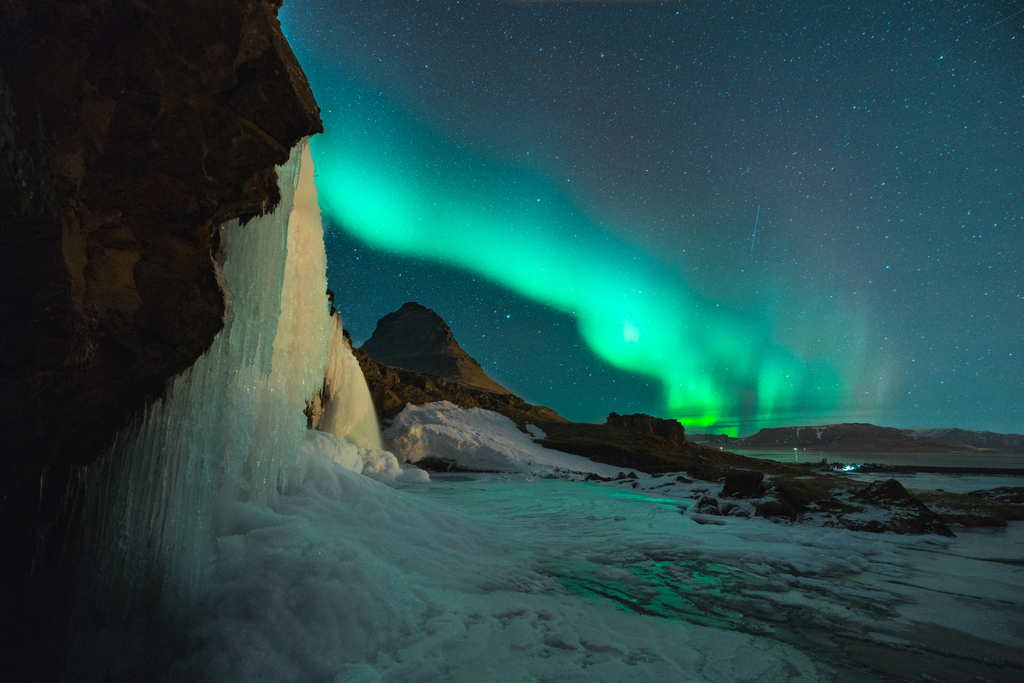 A country popularly known to be a land of fire and ice, Iceland is considered to be one of the safest destinations for solo female travel. With the northern lights and midnight sun attracting tourists from all over the world, the country has a rapidly growing tourism boom.

Iceland has been considered to be one of the most peaceful countries in the world since 2008 and has a very low crime rate.

It’s easy to get around Iceland by yourself and most of the locals speak English, so you can always ask around for recommendations, directions and tourism guides from these friendly and helpful locals. Iceland is also known to be a country that supports gender equality, so you don’t have to worry about being catcalled and can wear whatever you want without being judged as a woman.

Some of the top attractions of Iceland are The Blue Lagoon, The Golden Circle, Snæfellsnes Peninsula, and The Northern Lights.

You can read more about why Iceland is one of the safest destinations for solo female travel here.

The beauty of Switzerland is like that of one straight out of a storybook. With lakes, valleys, glaciers and snow-capped mountains, Switzerland is considered to be one of the safest destinations for solo female travelers. It is ranked number 10 in the Travel and Tourism Competitive Report in 2019 by the World Economic Forum.

Transport is easy to figure out here and it’s not hard to navigate if you want to walk around or hike by yourself. The four national languages of Switzerland are German, French, Italian and Romansh and English is widely spoken as well.

Some of the top attractions in Switzerland are The Rhine Falls, The Swiss National Park, Lake Geneva, and the famous Matterhorn.

From picturesque temples to beautiful gardens, landscapes, and lanterns, Japan is a beautiful country to visit and known to be one of the safest countries for female solo travelers. It is ranked number 4 in the Travel and Tourism Competitive Report in 2019 by the World Economic Forum and ranked as the 9th safest country in the world by World Population Review, with a Peace Index of 1.369.

The people here are kind, courteous, friendly and helpful and will not make you feel unsafe or judged. The Japanese are very respectful and disciplined. It is easy, safe and affordable to get around. They also have separate female-only transportation and accommodation options.

Some of the top tourist attractions in Japan are the Imperial Palace, Golden Pavilion, Mount Fuji,  Hiroshima Peace Memorial Park, The Kiyomizu-dera Buddhist temple and The Himeji Castle.

Home to multiple world-class cities, Canada is also considered to be one of the safest countries for solo female travelers. It is ranked number 9 in the Travel and Tourism Competitive Report in 2019 by the World Economic Forum and a Peace Index of 1.327.

Canada’s panoramic views, lush greenery, and emerald lakes in some of the top tourist attractions won’t disappoint you. Canadians are also known to be some of the friendliest people in the world. You don’t have to worry about being followed or robbed here. But just in case, it’s always wise to be cautious.

You don’t want to miss the Banff National Park & the Rocky Mountains, Old Quebec (Vieux-Quebec) and the Niagara Falls when you visit!

Norway’s snow-capped mountains, glaciers, and fjords call for an unforgettable experience and should definitely be on your bucket list if you love traveling. There are beautiful cities in Norway worth exploring, Bergen being one of them.

Famous for its Northern lights and midnight sun, it is also one of the best destinations for solo travelers. Everyone speaks English more or less in Norway, so communication is not that hard. It also has a low crime rate, making it a safe destination for solo female travelers.

Some of the top attractions in Norway are The Lofoten Islands, Bryggen Hanseatic Wharf, Akershus Fortress in Oslo and Geirangerfjord.

With glistening beaches, colorful multicultural cities and awe-inspiring wildlife, Australia is ranked number 7 in the Travel and Tourism Competitive Report in 2019 by the World Economic Forum and has a Peace Index 1.419. It is home to the Great Barrier Reef and known to be one of the safest destinations for solo female travelers. There are various options for accommodations such as hostels and hotels to choose from, which are usually safe for females. Some of the top attractions of Australia are the Sydney Opera House, Great Barrier Reef Marine Park,  Blue Mountains National Park, and Kakadu National Park. There is a lot to do and experience in Australia, which you can learn more about here.

Solo traveling comes with many benefits, and even though we have listed a few of the countries that are known to be some of the safest destinations for solo travelers, it is always wise to be cautious and alert when traveling. We also have some tips for solo female travelers which you can read here.

Tired of traveling alone? Connect with users from over 190 countries to plan trips and travel together!
Try GAFFL
Solo Travel Tips
Ken Uses Photography As A Vehicle To See & Explore The World! Here’s How He Does It.
This Digital Nomad Shares His Remarkable Story Of Transformation And Is Devoted To Helping Aspiri...
How Jackie Traveled To 40 Countries by Overcoming Her Fear of Solo Travel
This Family Of 5 Sold Everything A Year Ago And Have Been Fulltime RV-ing Around The USA Ever Since
Maxime Moved To Australia Over 5 Years Ago To Learn English And Live New Adventures
Solo Female Travel
How Elizabeth Explored the Best Places in Portugal in Just 11 Days!
This Globetrotting Adventurer Shares Her Profound Realization Of Happiness Gained Through Empathy...
How This Woman Supports Herself Abroad Working On Pinterest
10 Expert Travel Tips for Mexico You Should Know Before Visiting
Em Risked It All When She Quit Her Stable Corporate Job To Live A Life As A Full-Time Traveler