My Messages
You have no Messages at the moment.
You will get access in group chats once you are connected with others in a trip.
This Traveler Shares Her Secrets to Saving Over 50% Travel Costs in Hawaii
What is GAFFL?

GAFFL connects travelers around the world who have similar itineraries to share costs and experiences as they backpack around the planet. Simply type the destination you are traveling to, connect with travelers and locals, chat, meet up and explore together!

Mayeesha recently went on her first solo trip ever and she traveled to Oahu, Hawaii. Mayeesha was in Oahu for 2 weeks and in that time she would have spent at least $2500 staying at hotels. By the end of the two weeks, she saved around $1400 by staying at hostels. In this post she'll let you know what to expect if you decide to skip hotels and stay at hostels in Oahu. You can connect with Mayeesha through her Instagram (@mayeeshh). 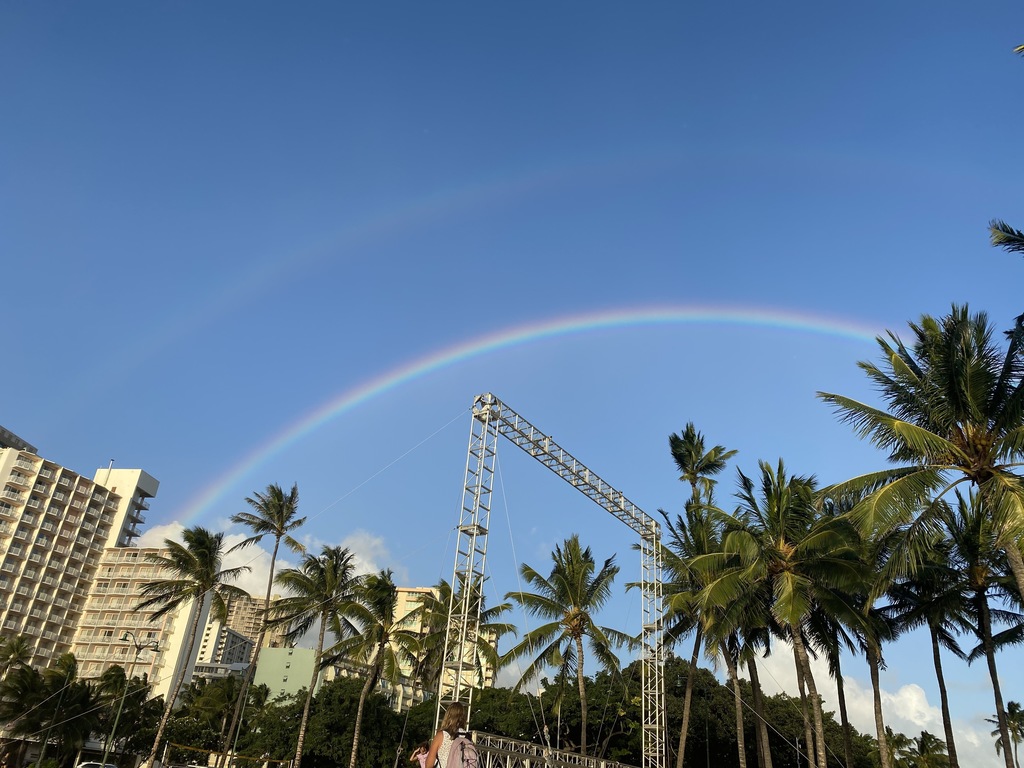 Aloha! My first ever solo trip was to Oahu, Hawaii in late December of 2019. Not only was it totally impromptu, but I also just bought a one-way ticket! Since it would be my first time staying at a hostel, I didn’t want to reserve rooms for my entire trip until I had seen the hostels for myself. I also wasn't sure how long I would stay in Oahu. I only booked a hotel room for my first night and went out to check out the hostels nearby. EWA Hotel was just a block from Waikiki Beach and there were two hostels in the next two blocks that came up on my Google search. One of them was Waikiki Beachside Hostel and the other was The Beach Waikiki Boutique Hostel. The latter comparatively had better reviews, so I walked over to see if they had any vacancies. As soon as I walked in, I saw people lounging in the lobby, some headed out for the beach while others, I overheard, were going to the patio. The receptionist was a very friendly young man and there were two other young ladies who were also super friendly. They told me that it was peak season because of Christmas holidays and New Year’s, so they only had vacancies for the next 4 days and that for me to secure a female-only room, I’d have to book it right away. I then made my reservation and went back to the hotel to grab my stuff.

At 3 pm, I checked in at The Beach Waikiki Boutique Hostel. The environment was very...  boutique. The entrance was all wooden with a low-ceiling. They gave me fresh sheets and shams for my room, which was right on the first floor. I went in to my room to meet three other lovely young ladies – one from Australia and the other two from Germany. I honestly cannot remember their names given the number of (amazing) people I met at the hostel over the next few days.

It was Christmas night, so they had a Christmas party at the hostel with drinks on the house. Hawaiian shirts were all over the place and they welcomed everyone with a colorful lei. The ambience felt very local and welcoming. People who worked at the hostel came to join us for drinks as well. To my surprise, it turned out that the majority of the people were from Australia and they told me how Australian solo travelers make it a point to visit Hawaii and stay at hostels. They were mostly solo travelers, and a few were couples. There were also travelers from Scotland, London, Canada, Finland, different states from within the US. Meeting solo travelers on my first night in a hostel made me very comfortable, especially after two girls from Germany asked if I wanted to join them to hike Diamond Head the next day. 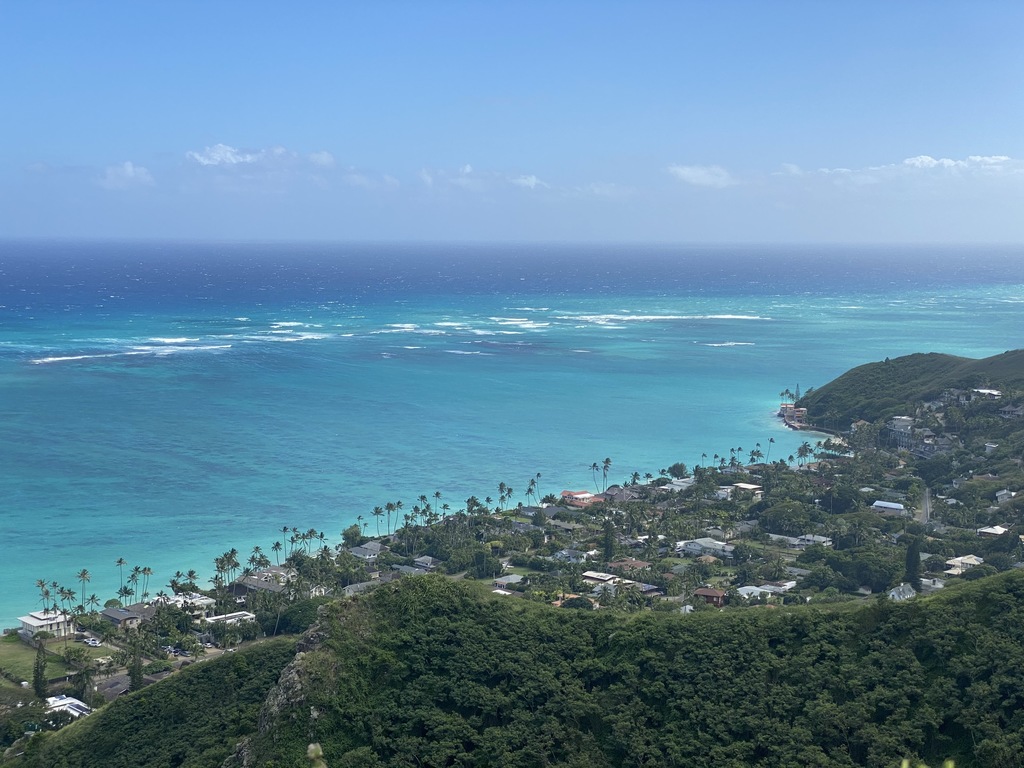 The Beach Waikiki Boutique Hostel offers various tours. The ones that they offered at the time were Koko Head and Hanauma Bay on Mondays, Lanikai Beach and Makapuu Trail on Tuesdays, North Shore on Wednesdays and Fridays, Catamaran Boat Tour on Thursdays, Manoa Falls and Tantalus Lookout on Saturdays, and Pearl Harbor on Sundays. These tours cost between $20-$50 and you are expected to tip the tour guide, of course. The best part is that you meet people from the rest of the hostel during the tours with whom you can later hang out. The tours were totally worth the buck in my opinion, especially if you are not renting a car and are by yourself. This way, you don’t have to pay for a separate ride and can even meet new people. The tours are open to hostel guests only. During my stay, I was also invited to the New Year’s Eve fireworks party which is open to guests only as well.

I then had to find a different hostel since I was only at the boutique for 4 days, so I went to Waikiki Beachside Hostel. They too had vacancies for a few consecutive days only, but I would have to switch rooms through my stay because some openings were female-only and others were mixed dorms. Moreover, some people had made reservations ahead of time. So, the best way they could fit me in for consecutive days was only if I agreed to switch rooms throughout my stay. Being a girl and this being my first time staying at hostels, I wasn’t too comfortable with the idea of the mixed dorm. But as it turned out, the guy who was there came with his girlfriend, so I felt okay. I also got the renovated rooms at Waikiki Beachside Hostel which I felt was better than the ones at the boutique hostel. However, while the boutique hostel had air conditioning, this one did not. The room did eventually cool down at night, so I didn’t mind. 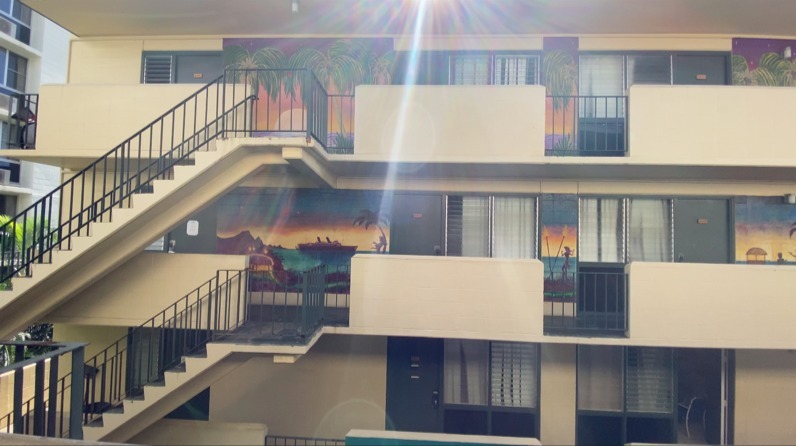 After a few days, I switched back over to The Beach Waikiki Boutique Hostel as soon as they had openings and this time, I would have to switch rooms here too if I wanted to stay at the hostel for consecutive days. For 2 of the nights I could only get a mixed dorm and would have to share with 3 other men. Once again, I was uncomfortable sharing a room with 3 strange men, but let me tell you, my discomfort soon faded! Not only were the boys super friendly, they were very clean! The bathroom was even cleaner than when I shared them with women. *wink* The four of us planned to go hiking the next day and bonded well. I am still in touch with one of them who is from Italy and serves in the Italian Army. Also, this time around I had to leave my suitcase in the storage room and take my stuff upstairs separately since I was on the 3rd floor and the hostel didn’t have an elevator to take my suitcase up. I also found out that the hostel let us borrow surfboards and mats for the beach, all at no cost! I met a very friendly girl who was also a solo traveler from Korea and she became my travel buddy for a few days until she left. 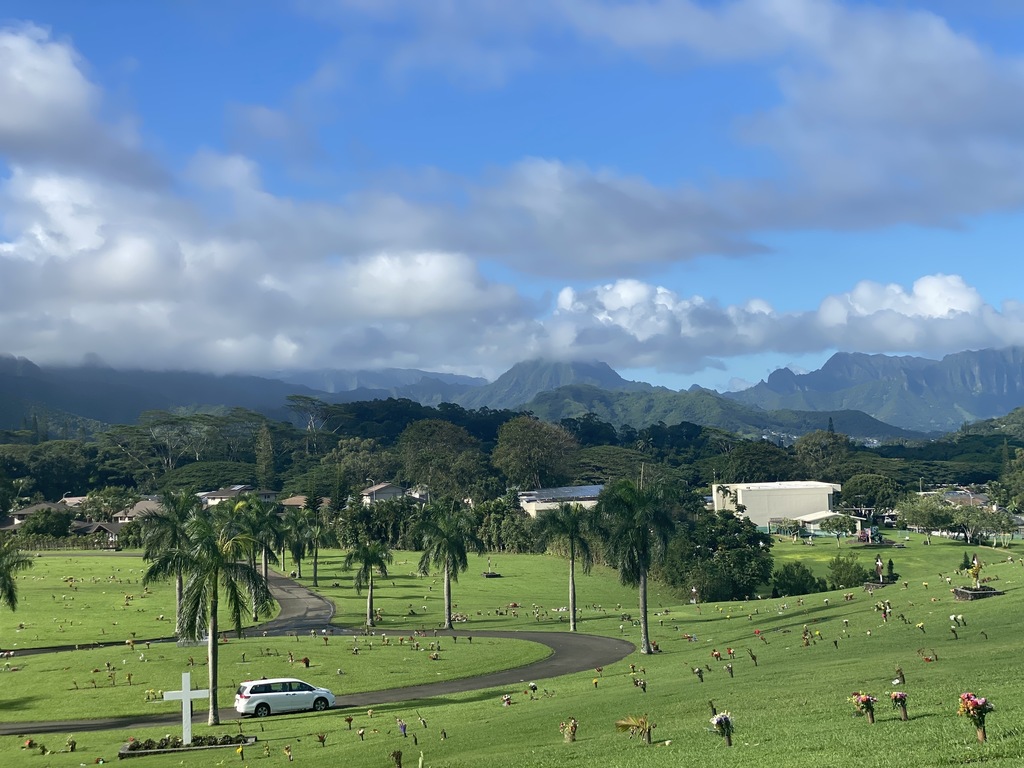 I ended up spending two weeks in total as I switched between the two hostels. The rates were between $30-$80, the higher end prices being during Christmas and New Year’s Eve. As a solo traveler, I highly recommend hostels, especially at an expensive destination like Hawaii. Pro tip: BYOT – bring your own towel because the hostels only rent out towels and I calculated that I would be better off buying one, but turns out the cheapest towel I could find nearby was $14! Also, make reservations ahead of time instead of waiting till you visit them like I did because it’s a close call! If you’re a female solo traveler, at least from my experience I can tell you that I had absolutely no issue sharing a room with other male travelers but if you’re still uncomfortable, it’s completely understandable, so do make sure to reserve all-female rooms ahead of time. Make sure to ask for discounted rates if you are staying for 7-10 consecutive days.

Lastly, if you’re an introvert, don’t worry, there are plenty of people who explore by themselves and if you are one to meet new people like myself, you’ll make friends from many different countries. If you haven’t been asked, ask others if they’d like to go hiking, surfing, snorkeling with you and be sure to ask the locals for recommendations. From my experience, hostels are great for solo travelers whether you like to meet new people or not. Mahalo! 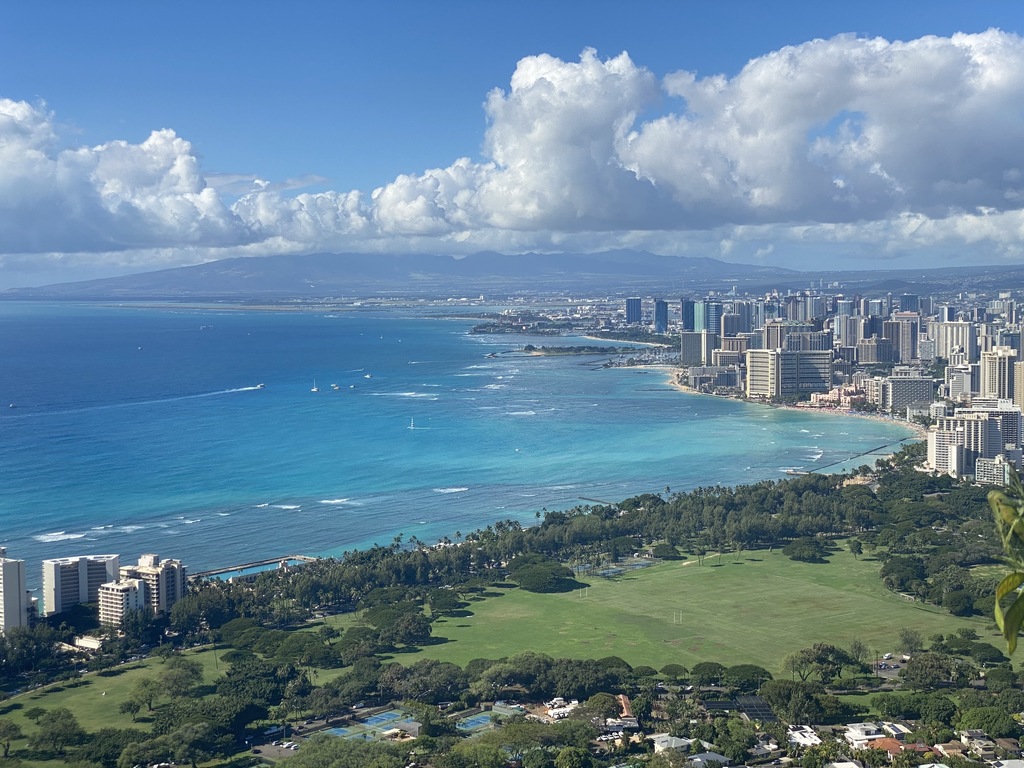 Tired of traveling alone? Connect with users from over 190 countries to plan trips and travel together!
Try GAFFL
Solo Travel Tips
North Island's 22 Best Freedom Camping Sites For Non Self Contained Vehicles
A 6 Day backpacking Trip To Thailand Changed Sean's Perspective On Life And Led Him To Quit His J...
Katie Is A Weekend Warrior Who Loves Exploring The Outdoors While Also Managing Her Career & Fami...
Ivan Is Always On The Move Looking For Extraordinary Places, People, And Passions To Explore Arou...
How Anny Traveled to 40 Countries and Worked in a Variety of Jobs Around the World
Travel Stories
Why 2 Weeks Weren’t Enough for Alisa to Explore Bali
Katie Is A Weekend Warrior Who Loves Exploring The Outdoors While Also Managing Her Career & Fami...
137 Countries And Counting: This Is How Danay Travels 11 Months Out Of The Year Without A Full-Ti...
Here's How Mike Used Gap Years To Help Balance His Jobs While Also Traveling To Over 100 Countrie...
Three Weeks On The Ring Road With Ariane
Solo Female Travel
At 54 Barbara Left Her Big Home, New Car, And Successful Career To Start One Of The World’s First...
Here's How Estela Travelled To 40 Countries And Found The Kindest People In The Most Dangerous Pl...
This Lawyer & Best Selling Author Shares Her Insights On How She Was Able To Travel The World Sol...
After Six Years Of Exploring The World This Traveler Returned To Hawaii To Serve As A Guide For O...
This Backpacker/Digital Publisher Shares Her Best Tips For Traveling To Europe And Beyond