My Messages
You have no Messages at the moment.
You will get access in group chats once you are connected with others in a trip.
The Future Of Flight Is Supersonic
What is GAFFL?

It’s hard to believe that for 27 years, humans were able to fly at supersonic speeds.

From 1976 to 2003, air travel was twice as fast as it is today, thanks to the Concorde, a brilliantly designed British-French passenger plane that could fly at supersonic speeds.

During the supersonic era, a Concorde flight from New York to London would take just 3.5 hours instead of the 7 hours that it currently takes. 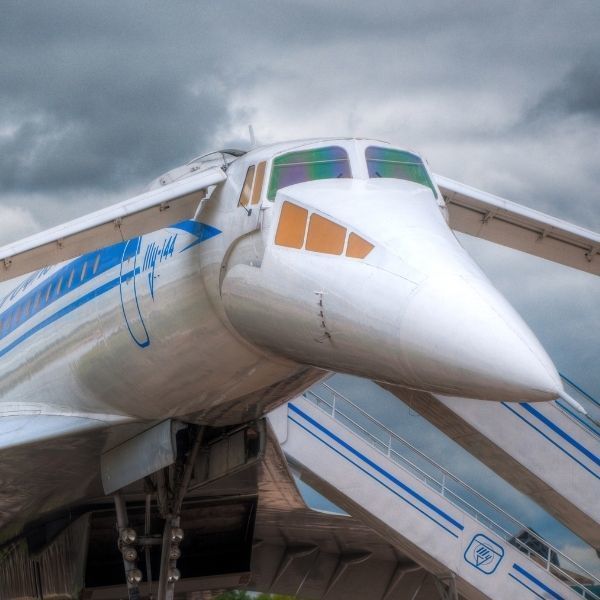 The answer is simple: their business model simply did not work. Routes were severely limited for the Concorde because of one main problem, the sonic boom. 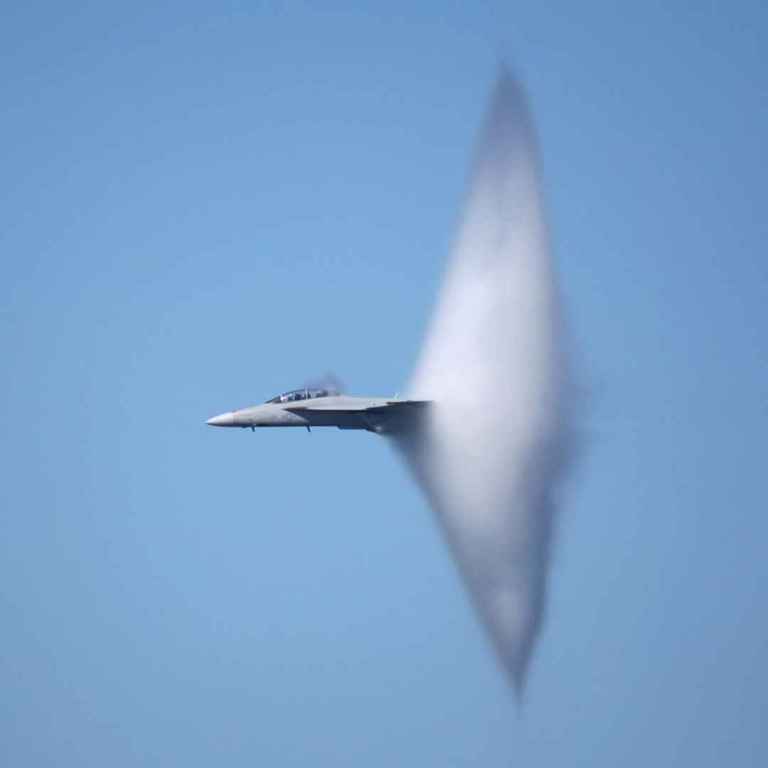 The deafening thunderclap noise emitted by the aircraft when breaking the sound barrier would often break windows, crack plaster, and generally wreck havoc on homes that it flew over.

As a result, the FAA prohibited all civilian supersonic aircrafts from flying over land, preventing airliners like the Concorde from accessing highly profitable business routes.

Then following the deaths of 113 people in a Concorde crash in 2000, as well as operating in a depressed travel industry following 9/11, and the fluctuating profitability due to the inherent problems we noted above, British Airways and Air France decided to retire the Concorde in 2003. 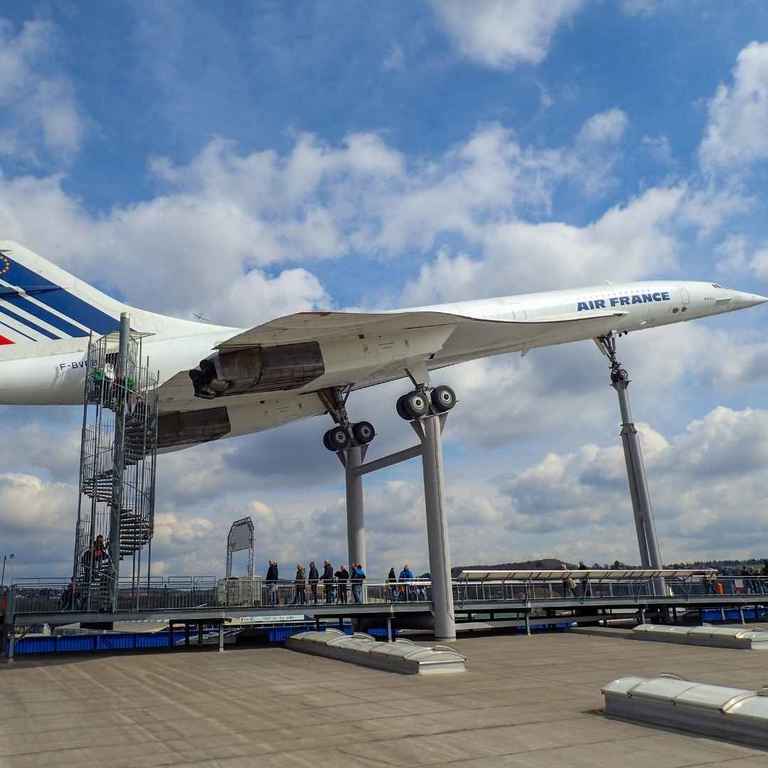 But could supersonic air travel be making a comeback?

Since 2003, NASA has been working hard to tame the sonic boom. The plan is to reduce the boom to a "sonic thump" no louder than a car door slamming 20 feet away. And, while there is still work to be done, NASA has made several strides in their efforts to re-establish supersonic travel, which you can read about here.

Additionally, earlier this year United Airlines announced that it would purchase 15 supersonic planes from a company called Boom.

Boom’s goal is to deliver passengers anywhere in the world within four hours for $100.

Boom is currently focused on developing a sustainable supersonic business with planes that are faster, cheaper, and environmentally friendly. Their method for producing supersonic aircrafts is far more efficient than the Concorde, allowing Boom to operate for 75% less than the Concorde, with the ultimate goal of being 95% less expensive.

Currently, Boom's plan is to only service international routes so that they won't have to worry about the FAA regulations.

Having said that, Boom and other similar companies will simply have a much better chance of survival if they can fly lucrative domestic business routes.

And, if NASA and aviation entrepreneurs have anything to say about it, their hard work should eventually be enough to persuade the FAA to lift the ban, paving the way for a sustainable world of supersonic air travel. 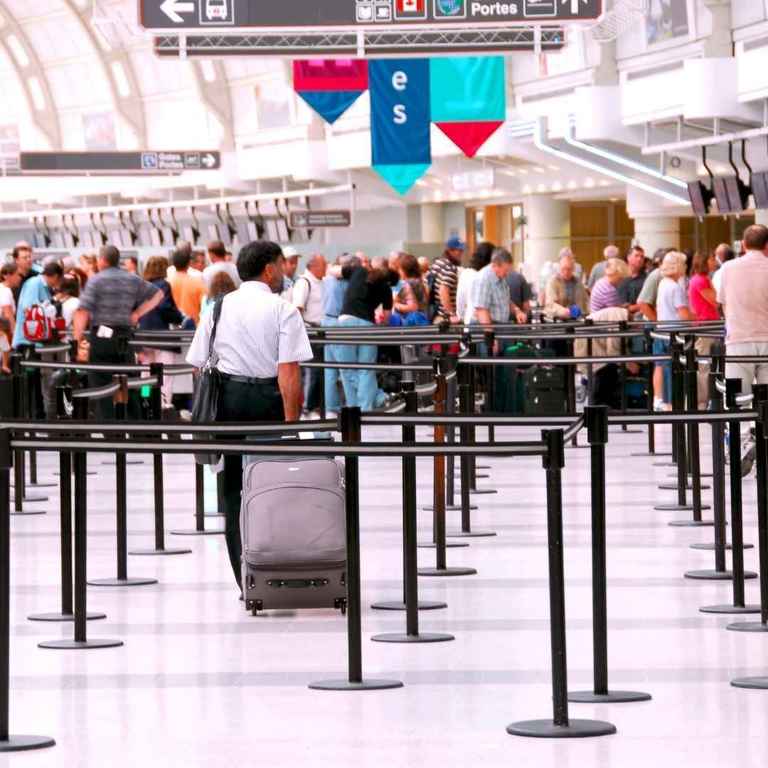 Although $100 supersonic travel routes aren't available to you just yet, there are a plethora of other fantastic routes that will take you to unforgettable destinations. Many of these destinations have recently eased their border restrictions, which you can read about below.

👫 Connect With Travelers In The US

Starting November 8, 2021, it will be easier for foreign travelers from 33 countries to enter the United States for non-essential travel, like tourism and visiting family. Read about them here (link to USA border rules)

👫 Connect With Travelers In Canada

Non-essential travel in Canada is also being encouraged as the state has new domestic and international travel guidelines. Americans wishing to enter Canada by air or car must be fully vaccinated and (if age five or older) have a negative molecular test. You can read about them here (link to Canada border rules)

👫 Connect With Travelers In Europe

Except for Norway and Sweden maintaining a tourism ban, the rest of Europe is open for non-essential travel. Most countries require age-eligible travelers to be fully vaccinated and have a negative test result.

👫 Connect With Travelers In Australia

Australia still isn’t open for non-essential travel, but expatriate Australians that are fully vaccinated can now fly back into the country for the first time since the pandemic began. The country still plans on reopening for tourism in 2022. Nearby New Zealand is also planning on welcoming international flights in February 2022 for fully vaccinated travelers.

👫 Connect With Travelers In Thailand

Vaccinated tourists from more than 60 "low-risk" nations are allowed to enter the country and avoid hotel quarantine. Tourist numbers are forecast to jump to as much as 15 million next year, bringing in more than $30bn (£22bn).

Tired of traveling alone? Connect with users from over 190 countries to plan trips and travel together!
Try GAFFL
Travel News
Here's What You Really Need For Your Quarantine
This Digital Nomad Couple Have Been Traveling Together Since 2016 With No Signs Of Stopping Anyti...
It's Not All Bad News: Here's a list of Uplifting Coronavirus Stories
Can I Go For Outdoor Walks While I’m Social Distancing?
Backpackers In Australia Already Face So Many Challenges. Coronavirus Just Made It A Lot Worse.