My Messages
You have no Messages at the moment.
You will get access in group chats once you are connected with others in a trip.
18 Months Road Tripping The Coast Of Australia During The Pandemic With Angélica
What is GAFFL?

Angélica is a Colombian girl who moved to Australia 5 years ago to learn English for 6 months, and well, she’s still in Australia loving every moment. Back in Colombia, she was working as a lawyer, however, at this point in time in Australia, she is working as a content creator making videos in Spanish for her Facebook and YouTube audiences. Be sure to also check out her blog and follow her on Instagram @angelicaladino for updates on all her latest adventures! 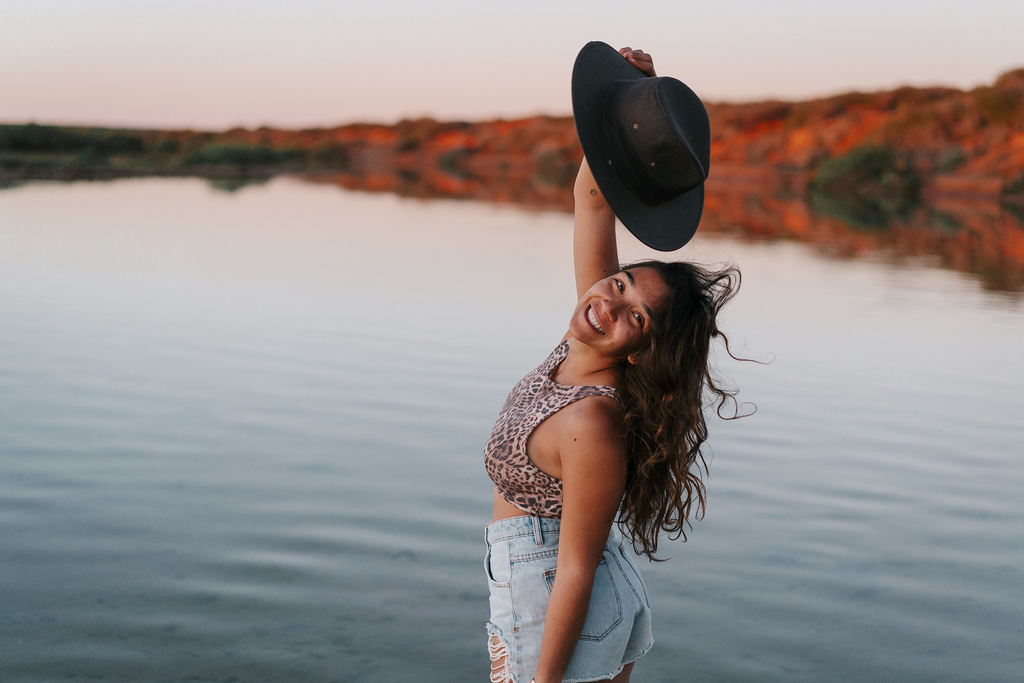 My Inspiration For Traveling Around Australia

After having lived in Australia for 2 years I met my Australian husband. He had driven around Australia some years before I met him and when he told me about it I thought it was so cool. After being together for a couple of years he suggested doing another lap around the country but this time together. We started looking for a van and only two weeks later, we bought a 2006 Toyota Hiace LWB that we named Pote (after a character from the series “Queen of the South”).

Read more: A Beginners Guide To Buying A Campervan In Australia 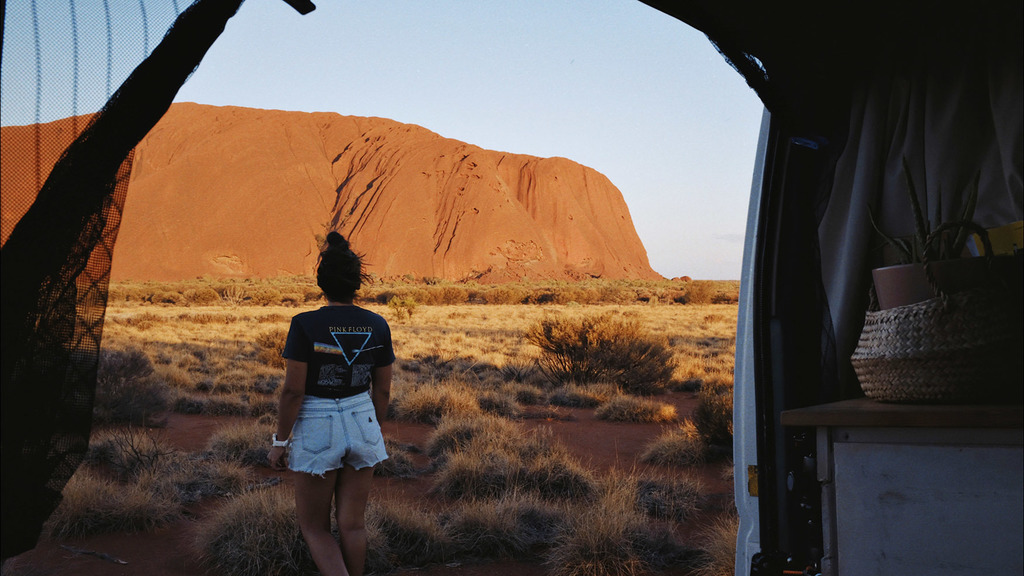 We decided to go with a Toyota Hiace because in Australia they are the most popular van. This means that they are cheap to maintain and parts are readily available even in smaller towns. Every mechanic knows them well. And of course, Toyota is well known for making reliable vans that will last the test of time. More specifically, we chose the low roof version as we wanted to keep the van as “stealth” as possible so we could free camp around the country to save money throughout the trip.

Read more: 21 Of The Best Reviewed FREE Camping Sites in NSW and QLD (Along The East Coast) 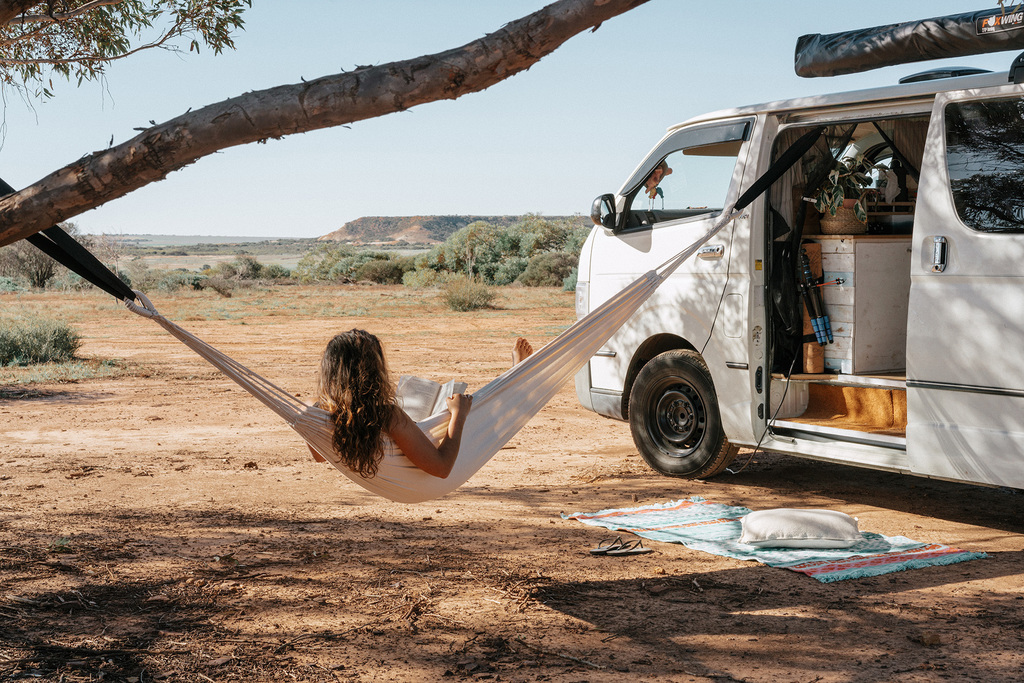 Pote was used in construction work before we bought him so we needed to fully convert him into a little home on wheels. It took us about 3 months on the weekends. Firstly, we built a bed frame at the rear and put a comfortable memory foam mattress on top. Then we built some storage cupboards, and a little desktop to work at as I work online. We have a 45L fridge that runs from our second battery, and a small kitchen slides out the back from under the bed. We have 300w of solar to power our electronic devices. Everything is very simple as it is such a small van. We bought the van for $8500 and spent another $3500 to convert it into our home. 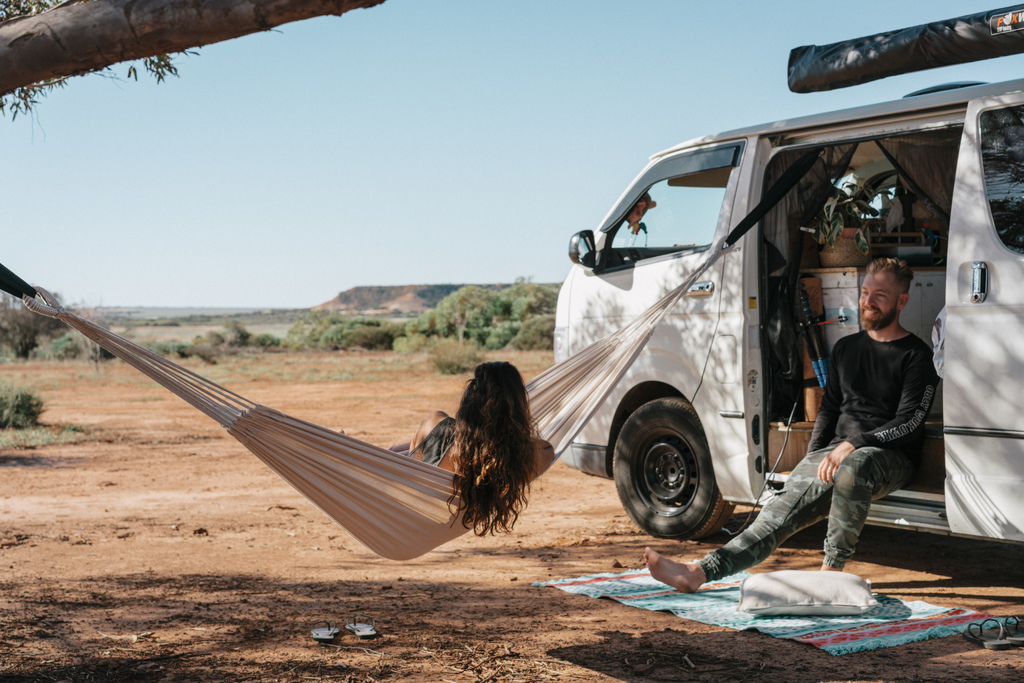 Initially, the plan was to do a clockwise loop around the coast of Australia starting from our city Perth until we had visited all the states and territories and finished back in Western Australia. We had set aside 12 months to do this. However, due to the pandemic, many borders were closed and our plans became a bit more relaxed and spontaneous as we didn’t know what the next month would bring in regards to government rules and regulations. They are changing a lot.

So far we have been on the road for 7 months and we have reached the Gold Coast in Queensland so our initial time frame was a bit short. We are thinking maybe 18 months all up now. We have been planning our new route according to the weather - so at the moment we are waiting in south-east Queensland until the weather in the north of the state improves so we can travel up there and enjoy those tropical beaches! On average we have been staying in towns or national parks for 4-5 days before moving onto the next destination. So far we have been on the Gold Coast for about a month which is the longest we have stayed in the van in one location since we started. 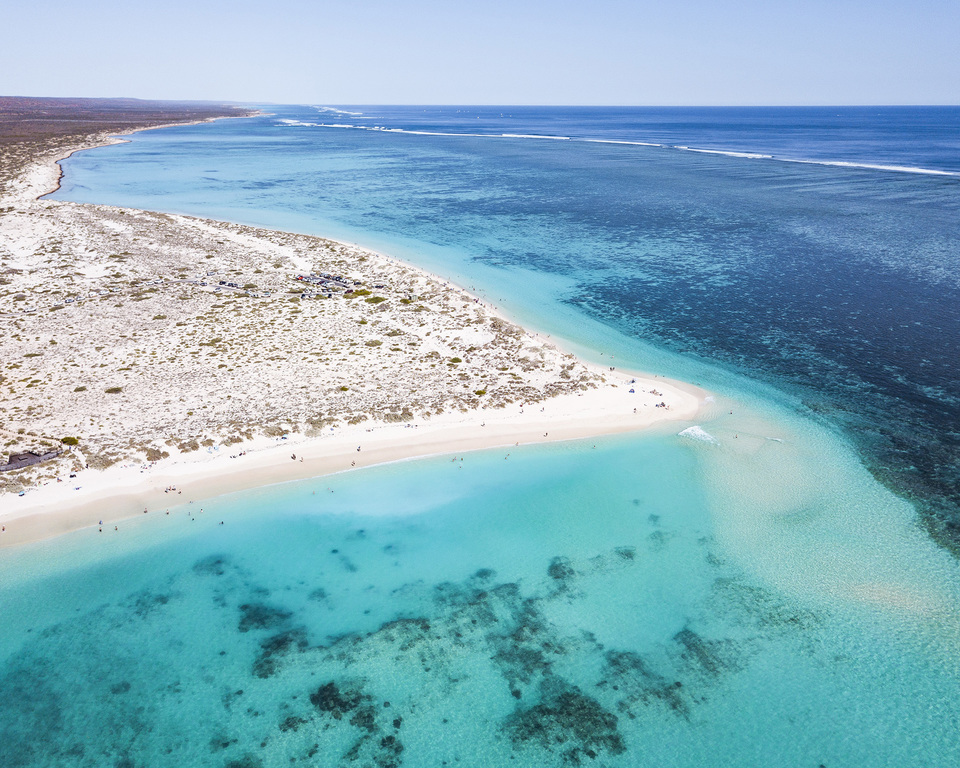 How We Packed For The Trip

We packed very light for this trip. We only brought with us necessary items since we are so limited on space. We keep our winter clothes in the storage box on the roof and we will switch them with our summer clothes when the season changes. In Australia, you definitely need to pack a big hat to cover your face from the sun, and a fly net is a life-saver in some of the hotter areas such as Uluru, for example. And I also carry a charcoal water filter to remove any nasty taste and bacteria from the water supply in some of the smaller towns along the way. Oh, and don’t forget to pack a snorkel set as there are so many beautiful beaches to snorkel at around the country! 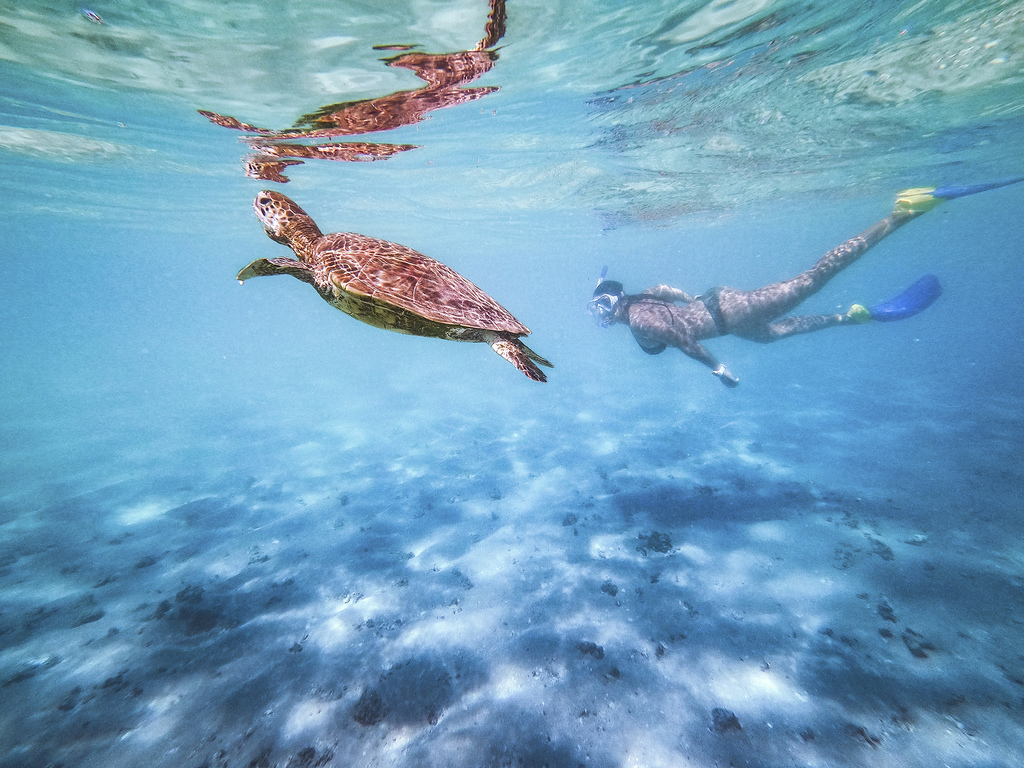 Some people have said you need a 4x4 to travel to Australia, which isn’t necessarily true. A 4x4 allows you to access more remote parts of the country, sure, but we have seen and camped at so many incredible landscapes and towns without going too far off-road. We have even managed to take Pote down some bumpy unsealed roads to reach places. You can ask at the local visitor centers about the condition of the roads. Some people have also said there is nothing to do once you leave the cities. This is definitely not true! There is something to see here around every corner! 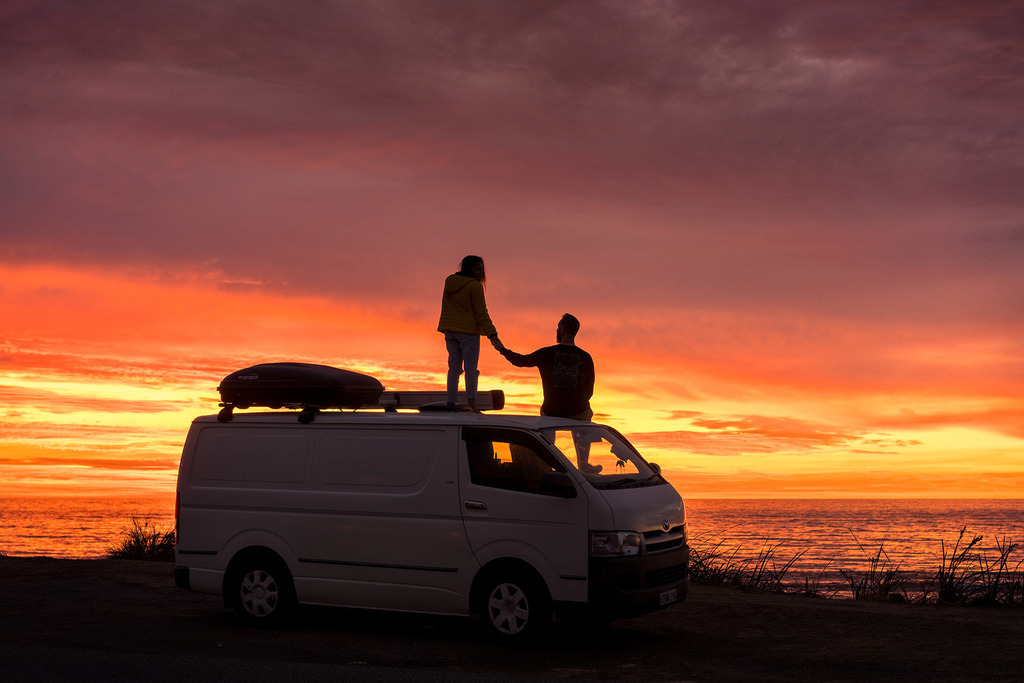 Some Challenges We Faced On The Road

For us, we have found the heat to be a huge challenge since we are basically sleeping inside a little metal tin. Living with each other 24/7 in such a tiny space can sometimes be a bit much however we are still going strong and not planning for divorce! 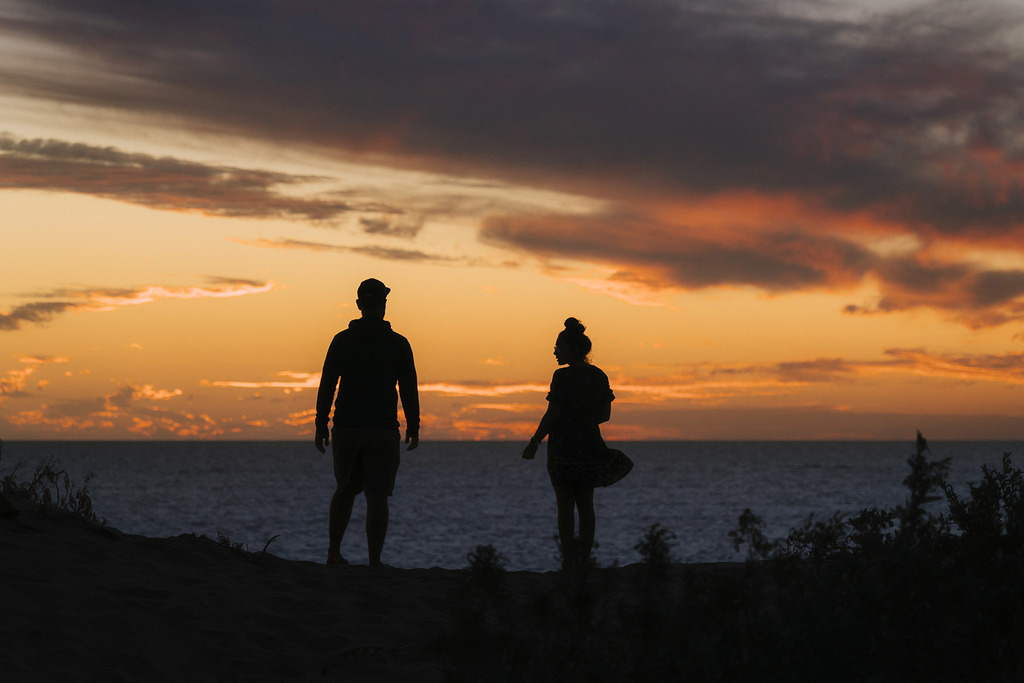 We use the WikiCamps app a lot to find cheap or free places to sleep at night. It’s about AUD 8 to purchase the app but it has saved us a ton over the 7 months of travel. Make sure you fill-up the petrol tank at every opportunity, in particular when you’re in the outback areas. Sometimes you will drive for hours between petrol stations!  We carry 50L of water with us and keep that filled up as often as possible too. We try to avoid driving at night because it can be quite dangerous - there are so many animals bouncing around on the roads.

Tired of traveling alone? Connect with users from over 190 countries to plan trips and travel together!
Try GAFFL
Road Trips
Medha Did 10 Days On The Ring Road In A Campervan And Shares Everything You Need To Know To Have ...
Everything You Need To Know About Road Tripping South Island In A Campervan: Full Breakdown By @V...
20 Best Day Trips From New York City
How To Travel Around New Zealand On A Tight Budget
West Coast Road Trip (Broome to Perth) 14 Day Itinerary
Travel Stories
This Full-Timing Family Of 5 Are Living The New American Dream
From Near-Death Experience To Full Time Traveler: Here’s How Almost Dying On A Mountain Transform...
This Recent College Graduate Chose A Life Of Travel Instead Of Pursuing The “American Dream”
Amidst Heavy Pain And Despair Emily Turned To Solo Travel To Rediscover Herself
14 Years Ago Greg Left His "Good" Job For A One Way Ticket To Asia: He's Been Living As A Vagabon...
RV Travel
They Sold Everything 4 Years Ago To Live In Their RV Full-Time: Justin & Stacy Share What RV-Livi...
After Quitting Her Career Of 15 Years, Kelly Moved Into Her RV And Has Been Traveling Around The ...
A Beginners Guide To Buying A Campervan In Australia
@75vibes_ Breakdown What It's Like To Road Trip & Van Life Around Australia In Their Kombi, Stella
@Baconsontheroad Detail What It’s Like Being A Full-Time RV Family Traveling Around The United St...
Travel Itineraries
10 Best Winter Destinations In Europe
Hot Springs, Hot Dogs, & Breathtaking Views: This Is How Maurine Spent 3 Weeks In Iceland Solo Do...
Great Ocean Road- The Perfect 3 Day Itinerary
Gibb River Road 6 Day Itinerary
How Elizabeth Explored the Best Places in Portugal in Just 11 Days!