My Messages
You have no Messages at the moment.
You will get access in group chats once you are connected with others in a trip.
10 Best Day Trips From Lisbon
What is GAFFL?

Lisbon is only a short drive away from a number of fantastic destinations. From ancient temples and medieval castles to beaches and surfing, just taking a few day trips from Lisbon can provide you with everything you need in a vacation.

For anyone headed to Portugal soon, these are our 10 favourite day trips to take from Lisbon. 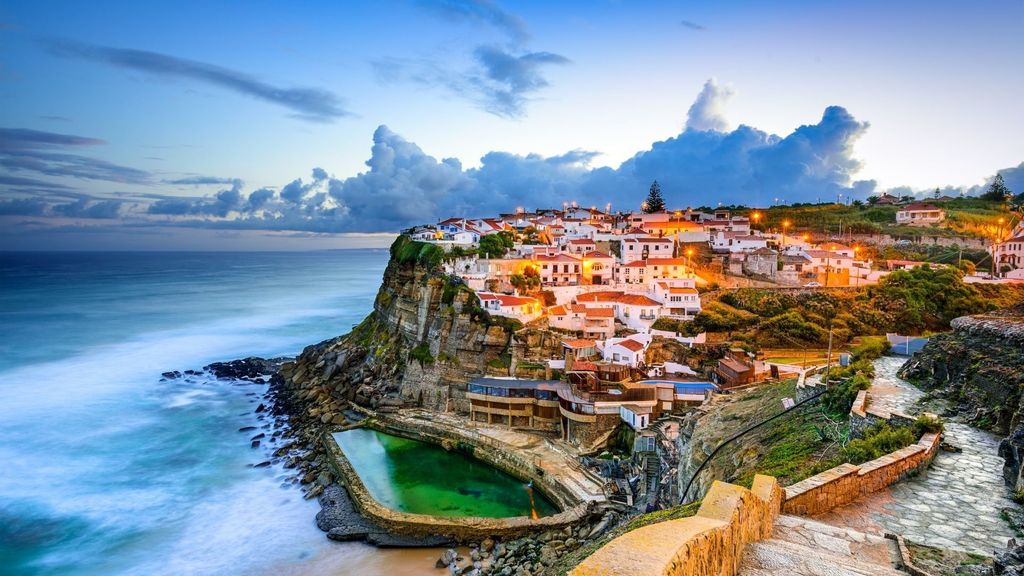 Sintra is located just over 30 kilometres northwest of Lisbon and is easily accessible by train. As soon as you arrive you’ll immediately understand why so many tourists flock to Sintra when they visit Portugal. It's hard not to be awestruck by these beautiful historic castles and opulent palaces, many of which have been designated UNESCO World Heritage sites.

Palácio da Pena (Pena Palace) and Castelo dos Mouros (Castle of the Moors) are two of Sinatra's most beautiful hilltop locations, both of which are surrounded by lush greenery and offer stunning views of the surrounding area. You can either do a long hike up to these sites, but we would highly recommend taking the shuttle bus to save you time.

Heading back to the old town, you can see the Palácio Nacional de Sintra, a 14th-century palace that was once a favourite vacation spot for Portuguese royalty. You should also visit the Quinta da Regaleira, an opulent 19th-century estate that houses the quirky neo-gothic architecture of the Palácio dos Milhões. While the palace itself is gorgeous, the area's real draw is the beautiful gardens and numerous hidden caves underneath them that you can explore. 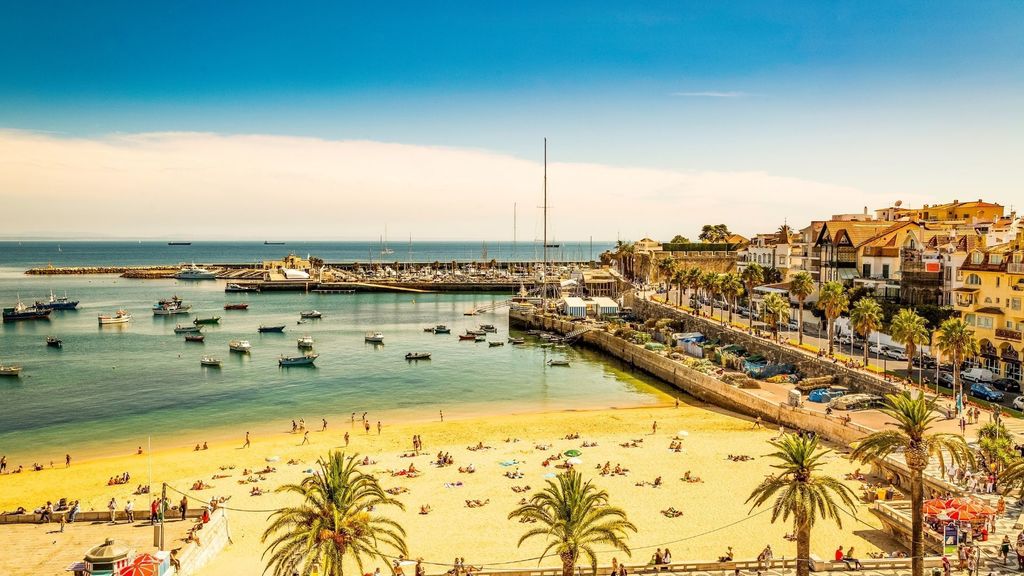 In Cascais, just 25 kilometres west of Lisbon, you can find a great mix of old-world charm and modern comfort. There's a quick driving route to Cascais, but the breathtaking scenic train ride from Lisbon is going to be the ideal transportation for most. A plethora of delicious restaurants, trendy shops, and beautiful sandy beaches await you when you arrive. As a world-class surfing and windsurfing destination, Guincho Beach will be the favourite among adventure travelers.

The Cascais' maritime museum, the Santa Marta Lighthouse, which has another small but interesting museum, and the Palácio da Cidadela, Cascais' 17th-century waterfront fortress are among some of the most notable historic attractions in the area.Évora 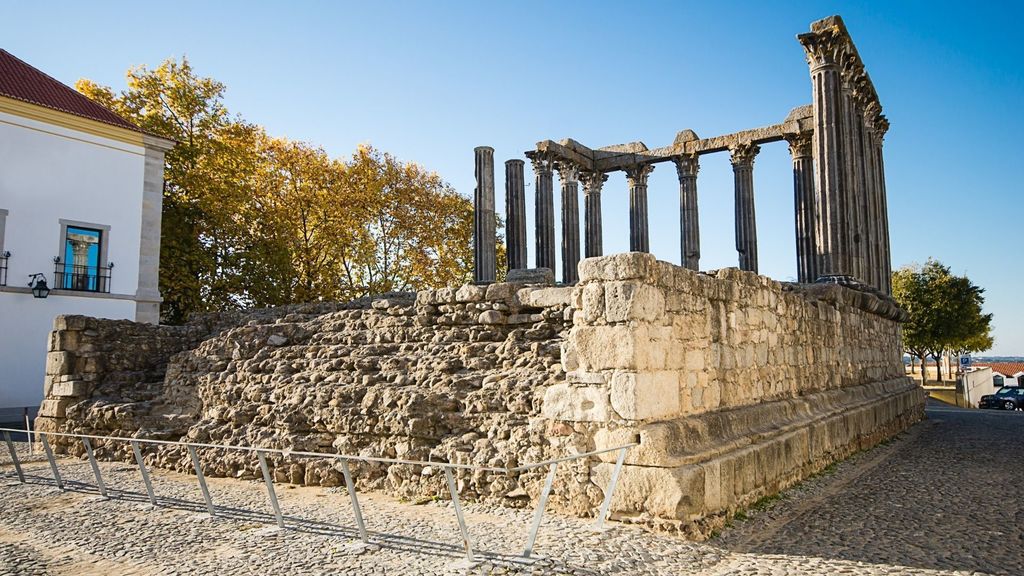 Évora is a 90-minute drive east of Lisbon and home to some of Portugal's best historical attractions. In fact, this city’s entire old town  is a UNESCO World Heritage Site.

Évora’s most famous site is the Templo Romano de Évora (Roman Temple), which was built in the 1st century and is one of Portugal's best preserved ties to the roman empire. Another fascinating place to visit is the 14th-century São Francisco Church with its Chapel of Bones. This tiny sanctuary is filled from floor to ceiling with bones exhumed from the nearby cemeteries, which were used to remind church goers of life’s fleeting nature. 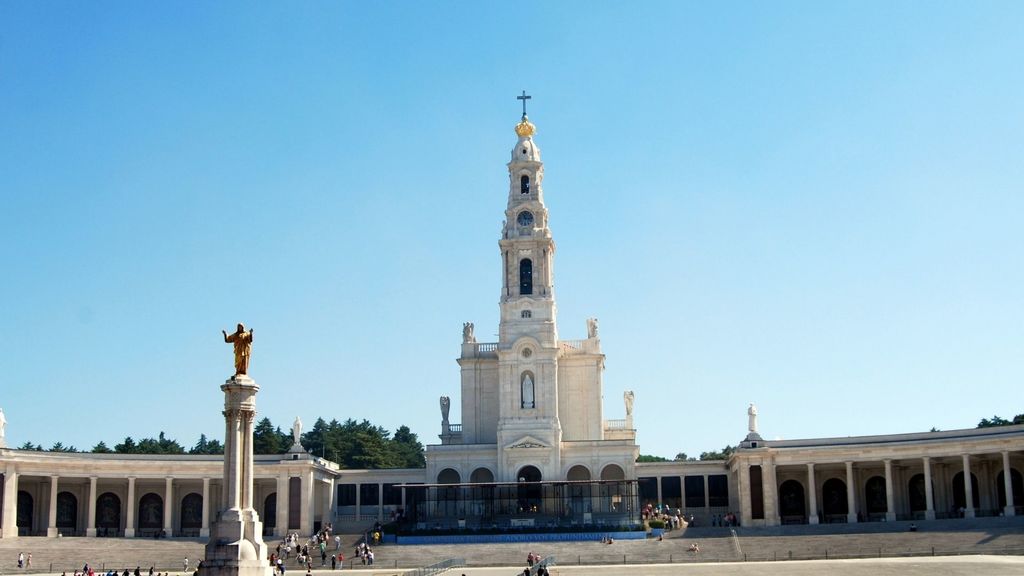 Fátima is a small town in the heart of Portugal located about an hour north of Lisbon.

Santuário de Fátima (Sanctuary of Our Lady of Fátima) is one of the most important pilgrimage sites in all of the Catholic world. If you visit Fátima on the 12th or 13th of May or October, you'll be able to witness Portugal's largest religious event, as thousands of devotees make their way to this humble farming town to commemorate the spot where three shepherd children reported seeing the Virgin Mary a little more than a 100 years ago.

Even if you don't visit during this time of year, Fátima is worth the trip for people of all faiths. Simply seeing the beautiful cathedrals and shrines in this area is unforgettable. 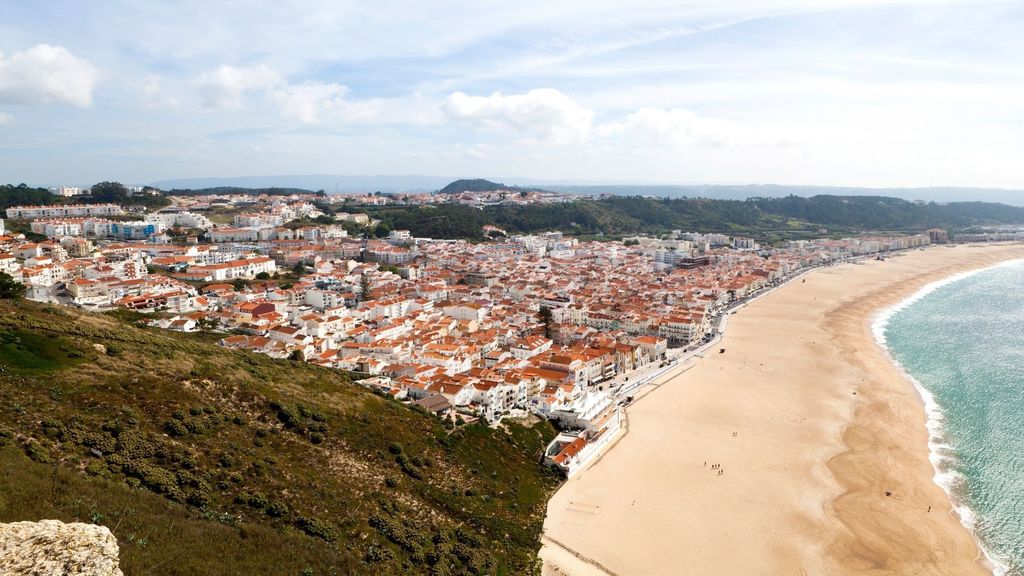 Nazaré is about an hour and 30 minutes north of Lisbon and is a great beach destination away from the city, especially for avid surfers.

Nazaré was primarily known as a fishing town for the majority of its history. That changed in 2011, when a professional surfer conquered a record breaking 24- metre wave. Since then, Nazaré has become a renowned surfing destination, with world records being broken on a regular basis.

To catch some of these massive waves, head to the Praia do Norte beach and the Nazaré lighthouse to catch the massive waves. The lighthouse actually has a cool surf museum that costs only €1 to enter where you can learn about how the waves here got so big. 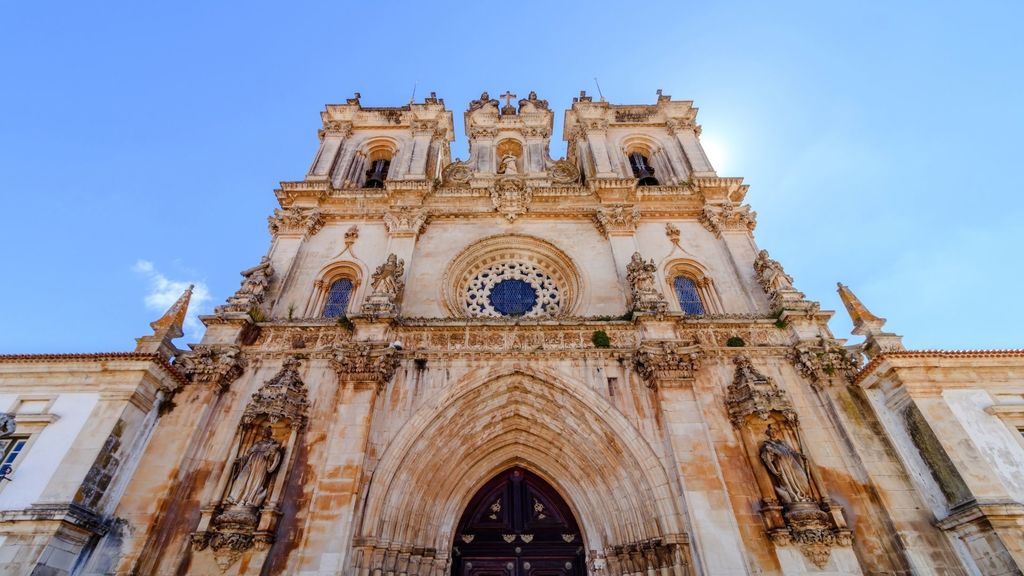 If you visit Nazare, you can easily make it a two-for-one day trip by visiting Alcobaca, which is only a 15-minute drive away. The Mosteiro de Santa Maria Alcobaça, Portugal's largest church, was founded in 1153 by the first Portuguese King and is one of the country's earliest gothic-styled buildings.

A visit to this UNESCO World Heritage Site is well worth the trip to Alcobaça and you should spend a few hours exploring this marvellous monastery before returning to Lisbon. 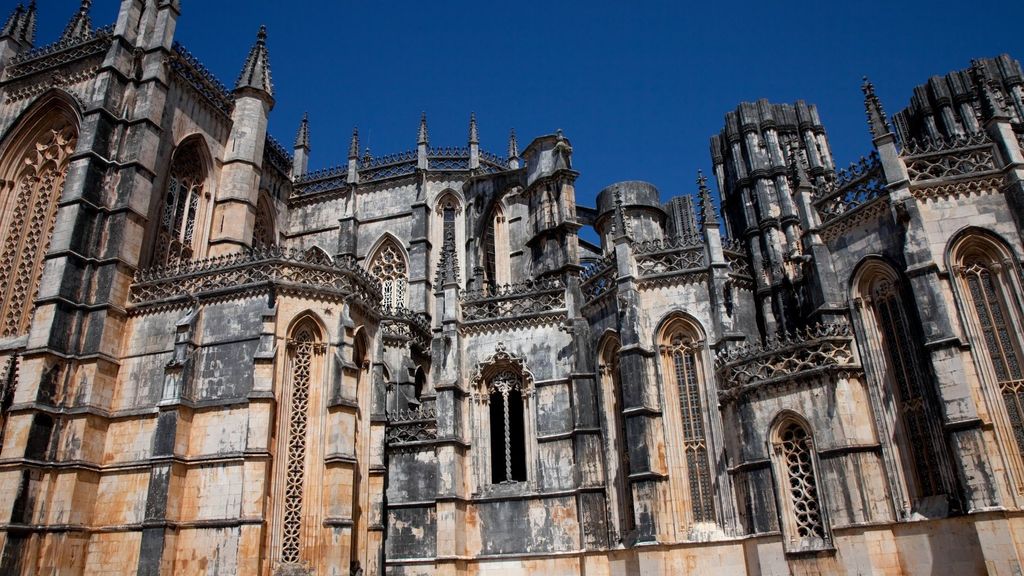 Batalha is only 25 minutes north of Alcobaca and is home to another UNESCO World Heritage Site, the Mosteiro da Batalha (Battle Abbey). The construction of this magnificent structure began in 1388 and took nearly a century to complete. While the monastery in Alcobaca was a great example of early Gothic architecture in Portugal, the Mosteiro da Batalha is an excellent example of late Gothic architecture and is truly one of the most impressive monasteries in all of Portugal. 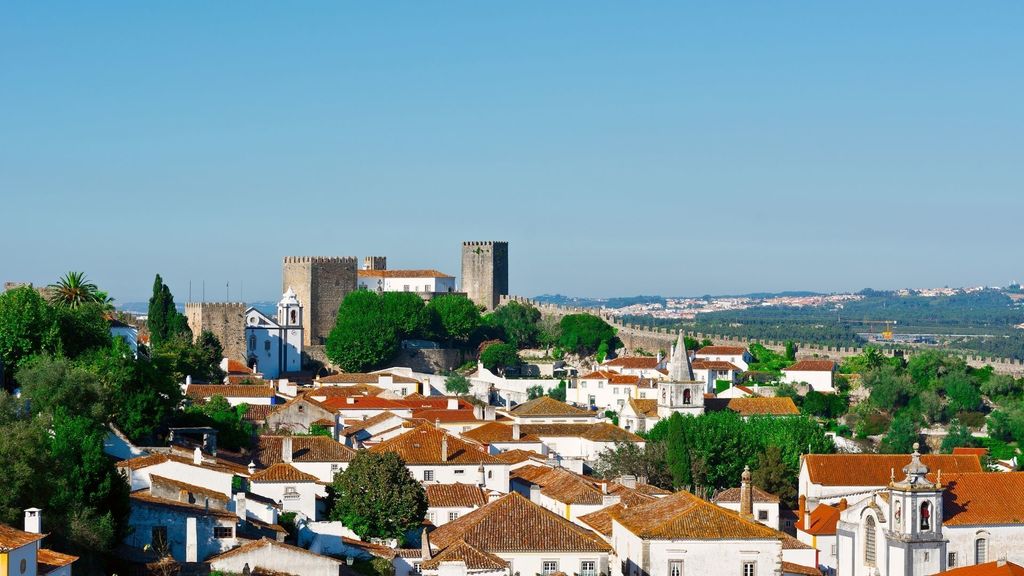 Obidos is one of the most enchanting places in Portugal. This stunning mediaeval town with narrow cobblestone streets is only an hour's drive from Lisbon and truly transports you back in time. Tourists are free to walk along the town's walls, which lead to beautiful vantage points and eventually up to the Castelo de Obidos, the town's 13th-century castle that is now a hotel. The town, which was founded in the 12th century, is rich in historical artefacts that are just waiting to be discovered. 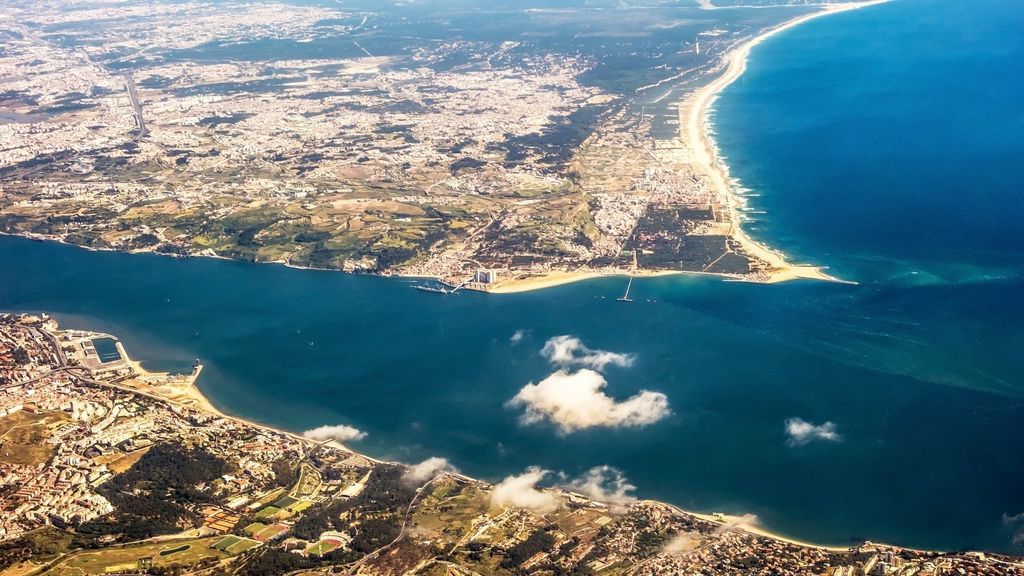 If you're looking to get away from the city, Costa da Caparica is the place for you! During the summer months, this beautiful beach destination is a popular vacation spot for locals. Located just 18 kilometres from Lisbon, this is another excellent spot for surfing. The rolling dunes and vast sands of this beach are also ideal for those who prefer a more laid-back beach day. If you're in Costa da Caparica to beach bum, don't miss out on visiting  , one of Lisbon's most beautiful beaches.

Costa da Caparica also has several great beachfront cafes and restaurants for you to enjoy while you’re here. 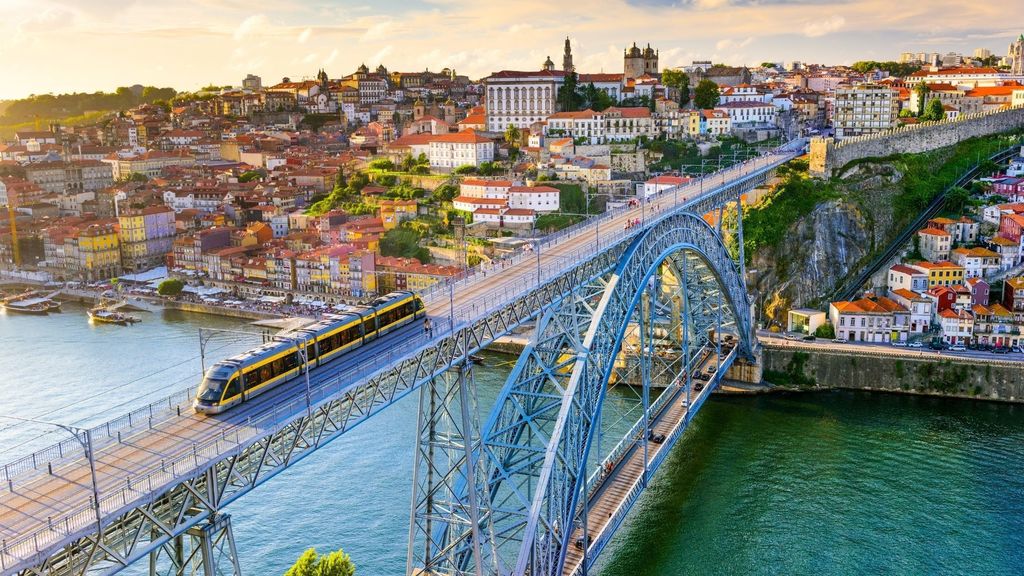 While it’s possible to travel from Lisbon to Porto in a day, Porto is about a three-hour drive north of Lisbon, so a weekend trip is preferable. Because there's so much to do in this wonderful city, you'll probably need the few extra days anyway to fully appreciate it.

Great historical sites and a diverse selection of food and wine are just a few of the highlights. While you’re here, be sure to visit the Porto Cathedral and the Palácio de Bolsa, both of which are iconic landmarks in the city.

The lavish interior of the So Francisco Church is well-known and a truly magnificent sight to behold. Spend some time getting lost in Serralves' art scene or have a day to soak up some sun in Foz do Douro. Going to Porto Calem for wine tasting sessions is one of the quintessential Porto activities – after all, that is what the city is known for. Whatever time of year you visit, there is always plenty to do in Porto.