My Messages
You have no Messages at the moment.
You will get access in group chats once you are connected with others in a trip.
10 Best Day Trips From Barcelona
What is GAFFL?

Barcelona is a magnificent city that you can get lost in for days, but just outside of it, there are so many other amazing places to visit throughout Catalonia, from stunning coastal destinations along the Costa Brava to medieval towns and ancient cities.

These are our 10 favourite day trips to take from Barcelona.

Montserrat is located approximately 50 kilometres northwest of Barcelona. The quickest method to get there is to drive. You can also take a local train, but it will take a little longer, and you should really arrive early to beat the crowds.

The peaks and jagged rocks that adorn the Montserrat mountainside are hypnotic. The mountain has a variety of trails and spectacular vistas, making it an ideal hiking destination for adventurous visitors. 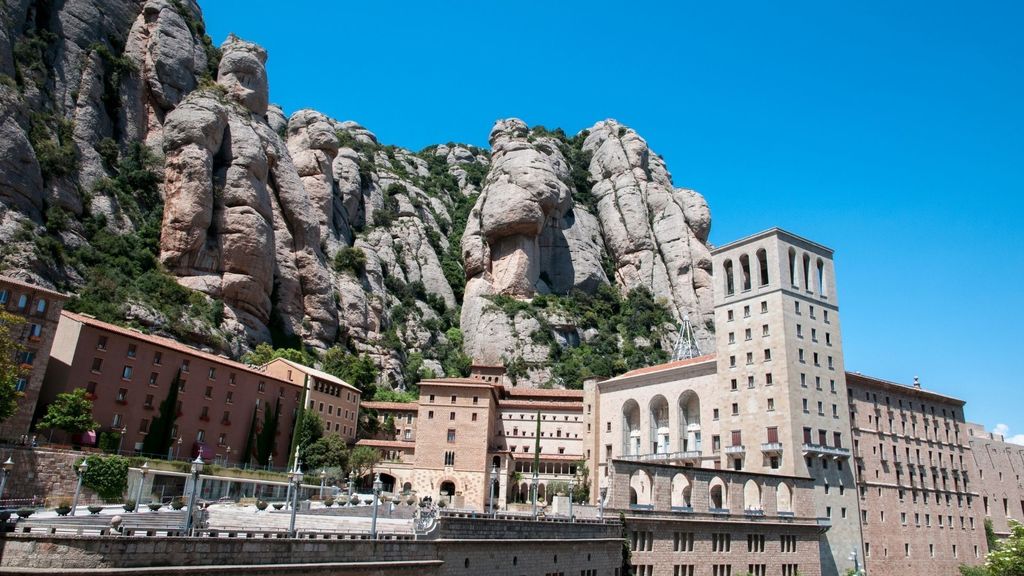 Over 2 million people visit Montserrat each year, not only for the views, but also as an important pilgrimage site with great religious importance. Many tourists come to the mountain to experience the nearly 1,000-year-old monastery and to see the Virgin of Montserrat.

Legend has it that in the year 880, a group of shepherds saw light streaming from one of the mountain's caverns. They entered the cave and discovered a statue of the Virgin. They were taken aback by the miracle. They wanted to transport her down the mountain, but by the time they arrived at the location where the Basilica stands today, she was too heavy to move. It's here where they would build a church to honour her.

Sitges is a beautiful town on the Costa Brava. It's 42 kilometres away from Barcelona and takes 30 minutes to drive there. You can also get to the town by train or bus, both of which are frequent and very dependable. 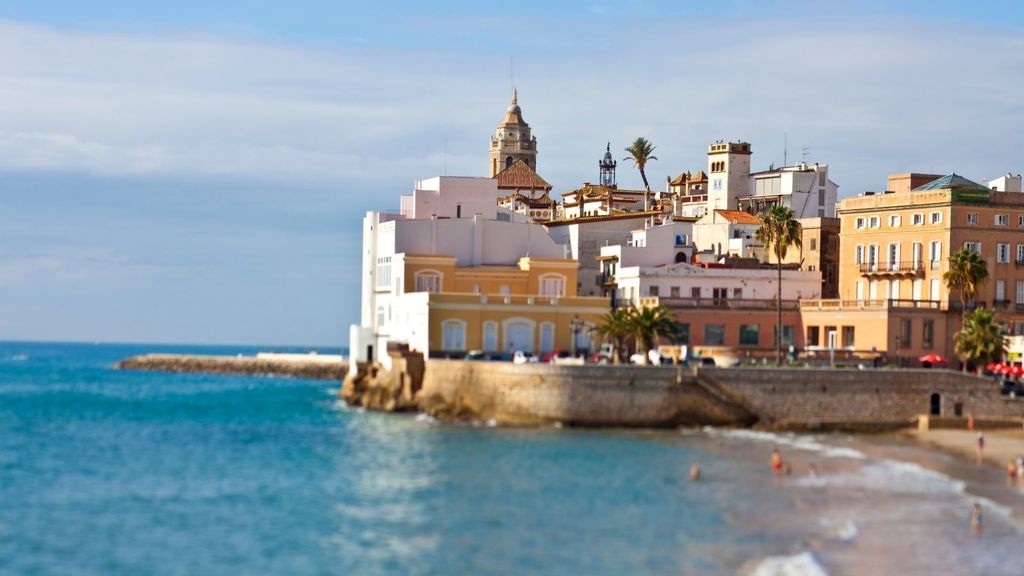 Sitges is one of Spain's most lively party towns, with a diverse selection of cafes and pubs to visit during your stay, as well as a constant calendar of national and international events and festivals. This town also has one of the most vibrant LGBTQ communities in the country. There are 17 sandy beaches (some of which are nude), a beautiful old town and several fascinating museums in Sitges that make it a great place to spend the day or even longer.

Tarragona is the historic Roman capital, located not far from Sitges and around an hour and fifteen minutes drive from Barcelona. Tarragona has several beautiful Roman ruins. The amazing Amfiteatre Romà, which dates back approximately two thousand years, will definitely be one of the highlights of your visit here. 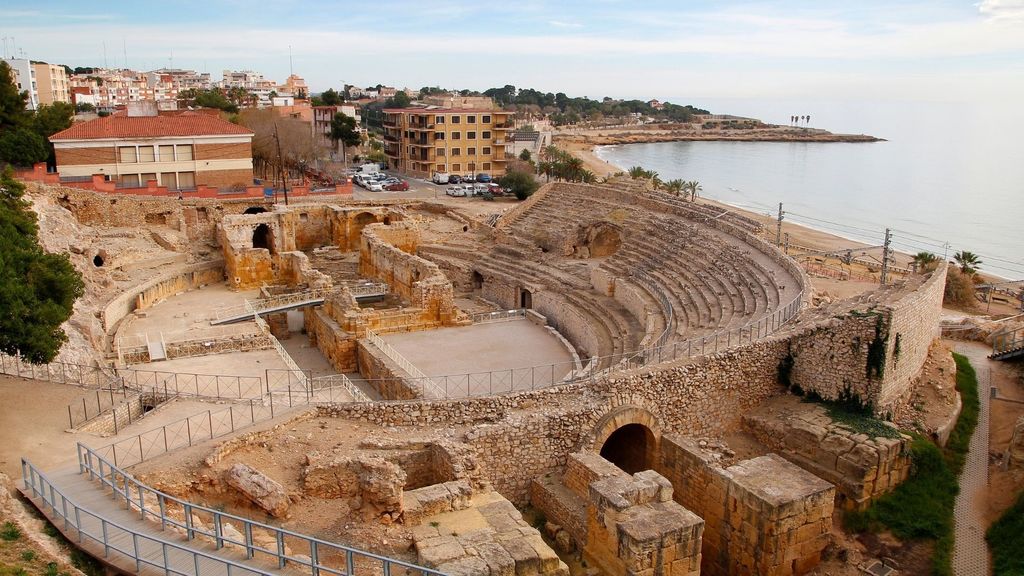 Tarragona also features lovely Gothic cathedrals and a charming old town. We recommend visiting the insides of the cathedral on your own for 5 euros, or you can take a guided tour for an additional 10 euros. If you opt for the guided tour, you can work your way up to the bell tower for the best views of Tarragona.

Getting to Tossa from Barcelona takes about an hour and 20 minutes by car or bus, and nearly 2 hours via train. 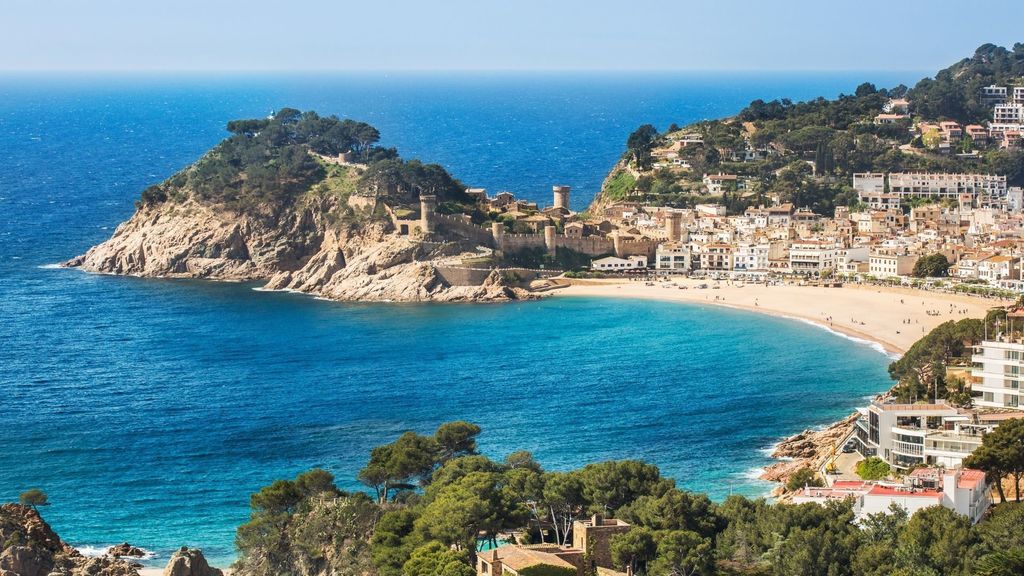 One of the key attractions here is the Old Town, home to Catalonia's lone medieval stronghold. Spend a couple of hours visiting its turrets and lighthouse, which is a magnificent landmark and a perfect site for a walk with spectacular views of the Mediterranean Sea. Then spend the remainder of the day at the beach. The main beaches here are well-equipped, while the quiet coves are perfect for relaxing.

Girona is the largest city in northern Catalonia and is a fantastic day trip destination about an 80 minute drive from Barcelona, but you can get here in half the time via the Renfe's Avant high-speed trains.

This fortified medieval city's cultural heritage contains reminders of its Roman, Moorish, Catholic, and Jewish pasts, as well as an assortment of museums, galleries, and gothic architecture, but you're probably familiar with Girona for a very different reason. 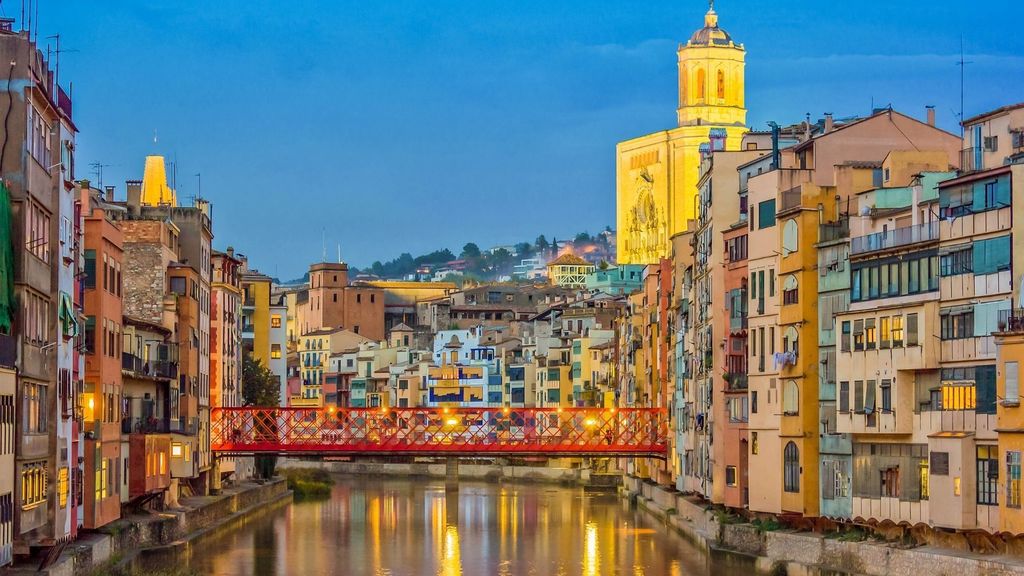 Girona has been included in the hit TV series Game of Thrones, with numerous places around the city serving as parts of King's Landing and Braavos. You can take a "Game of Thrones" Tour to walk in the footsteps of the show's main characters through medieval lanes and the Jewish quarter.

From Barcelona, it's a two-hour journey up the coast to Cadaques, which has a rugged coastline, with lush green hills, towering cliffs, stunning beaches, and peaceful coves.

Visiting the Cap de Creus Natural Park is the best way to see all of Cadaques' natural beauty. 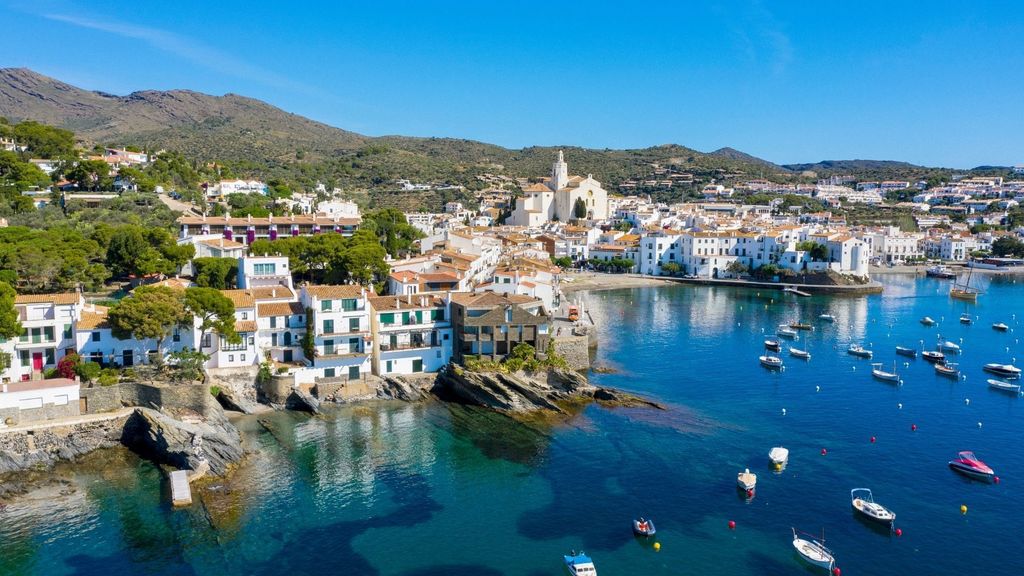 While you’re here you can also visit the iconic   which is only a few miles away in Port Lligat and is where Salvador Dalí lived and worked from 1930 to 1982.

While Salvador Dali lived in Cadaques for a number of years, he is originally from Figueres, which is one of the main reasons people make the 90-minute journey here from Barcelona. The Dali Theatre-Museum, which was founded in 1974 by the artist himself, is dedicated to surrealist paintings and houses the world's largest collection of them. Make sure to get your museum tickets well in advance, since they are likely to be sold out. 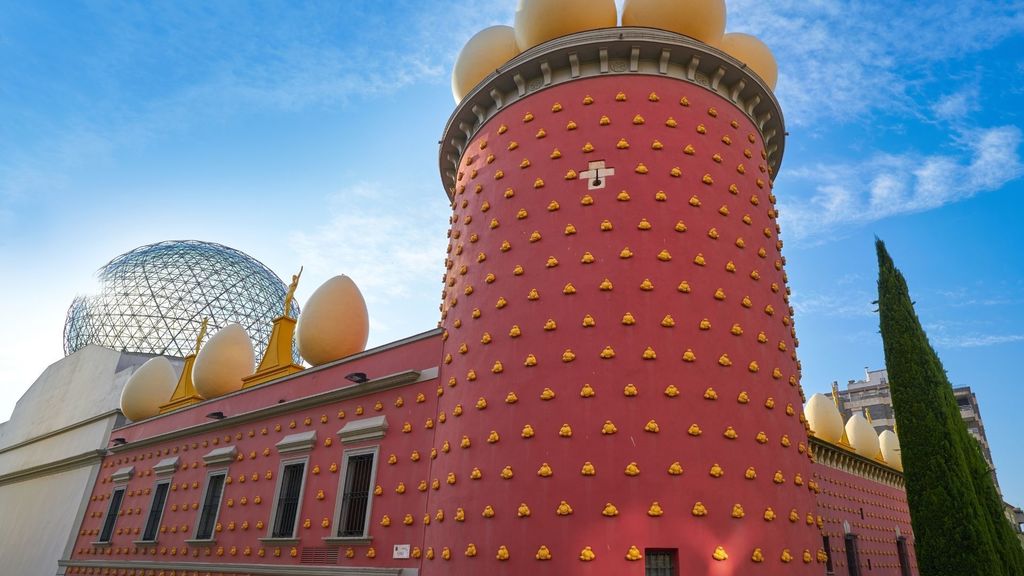 This picturesque medieval town, located on the banks of the Meder river is only a 72 km drive from Barcelona.

Vic was divided into two sections during the Middle Ages: one around Castillo de Montcada and the other around the 18th century cathedral. You can still explore these historic quarters today while also visiting notable areas like the Plaza Mayor,  Iglesia de La Pietat, and the Episcopal Museum. 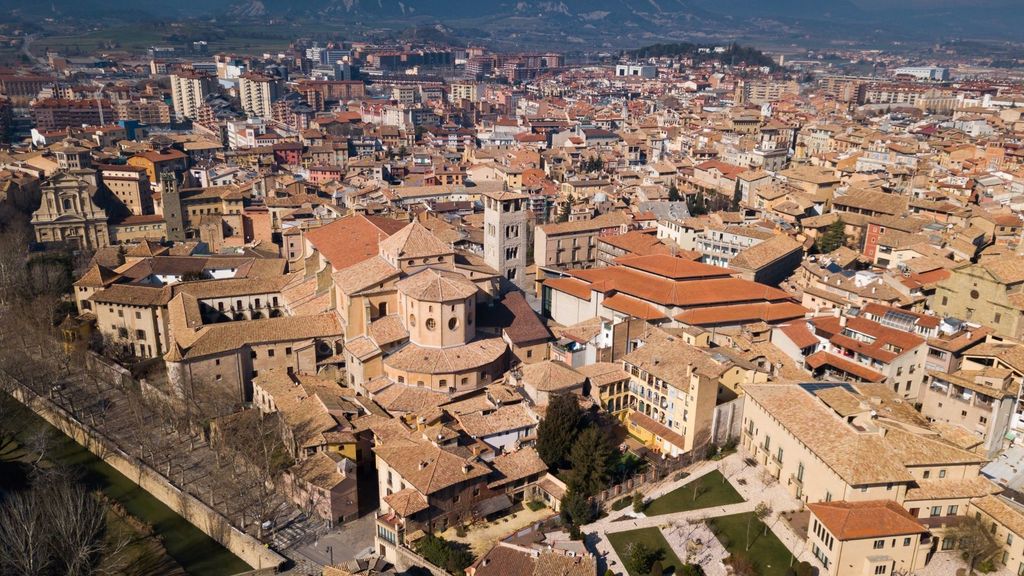 Vic is well-known not only for its historical sites, but also for its exceptional culinary offerings, which include some of Catalonia's most well-known cured meats.

You can take the train from Barcelona to Penedès Wine Region in about 50 minutes, or you can drive for closer to an hour. If you enjoy wine and want to experience what makes Penedes great, you'll probably want to avoid driving there.

There are numerous vineyards producing world-class reds and whites in this region, with Cava, a sparkling wine similar to French Champagne, being a regional staple.

You can spend the day here exploring the many wineries on your own or by taking one of the many tours, which include vineyard and cellar tours, wine tasting, and other cultural events.

And thanks to the wonderful Mediterranean climate, there really is no bad time to visit the Penedès wine region.

An idyllic country town, Manresa lies in a rural landscape close to an hour drive from Barcelona with the Mountains of the Montserrat in the distance. 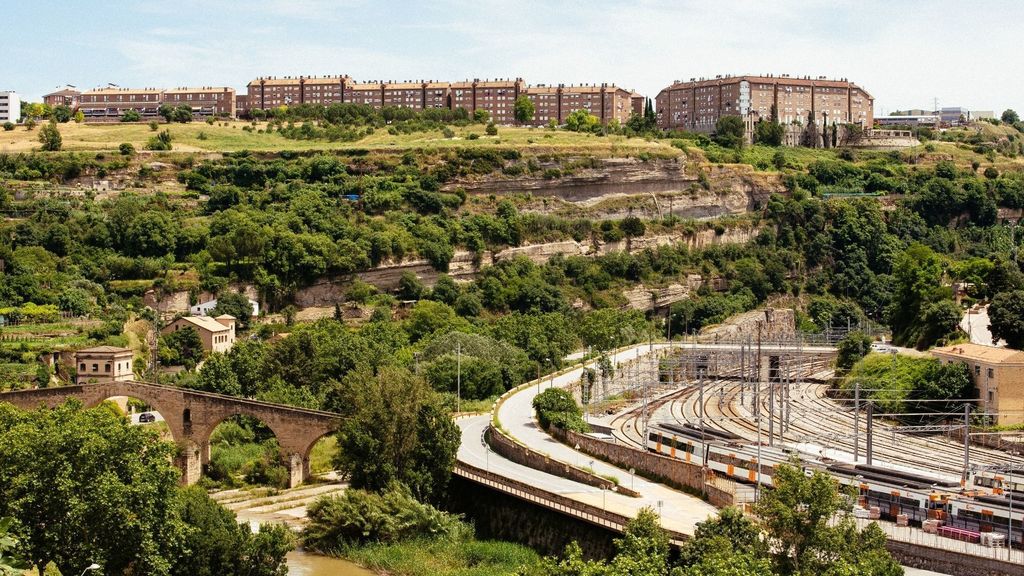 The focal point of the town is the Basilica de Santa María de la Seo, and this is made evident when you realize that most of the town’s homes encircle this gorgeous landmark. This ancient basilica is mainly Gothic in style but also combines architectural features of the Romanesque (early medieval) and Renaissance eras.

Other remarkable structures around the historic quarter include the City Hall, the Palace of Justice, and Pont Vell.