My Messages
You have no Messages at the moment.
You will get access in group chats once you are connected with others in a trip.
Getting Around Thailand on a Budget
What is GAFFL?

Thailand’s lush greenery, soothing clear blue beaches, the smell of delicious street food and warm welcoming locals attract tourists from all over the world and gives them a beautiful experience that’s hard to forget. One of the most popular destinations in South Asia for budget backpackers from all over the world, Thailand offers many modes of transportation. To introduce you to these modes of transportation in case you’re not familiar with it, we have created this guide for you. 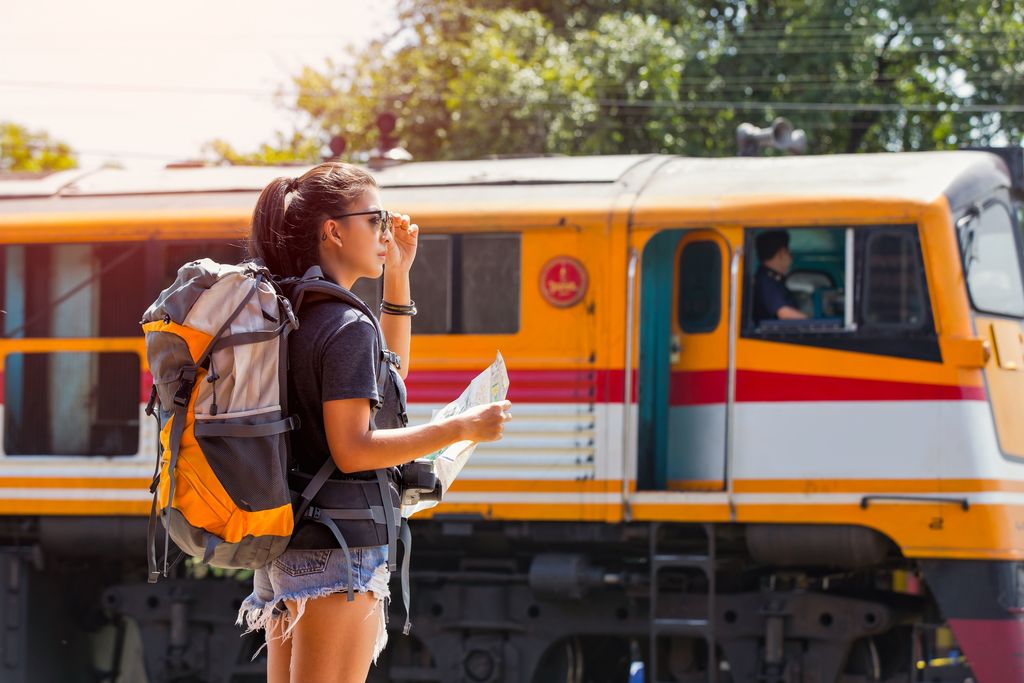 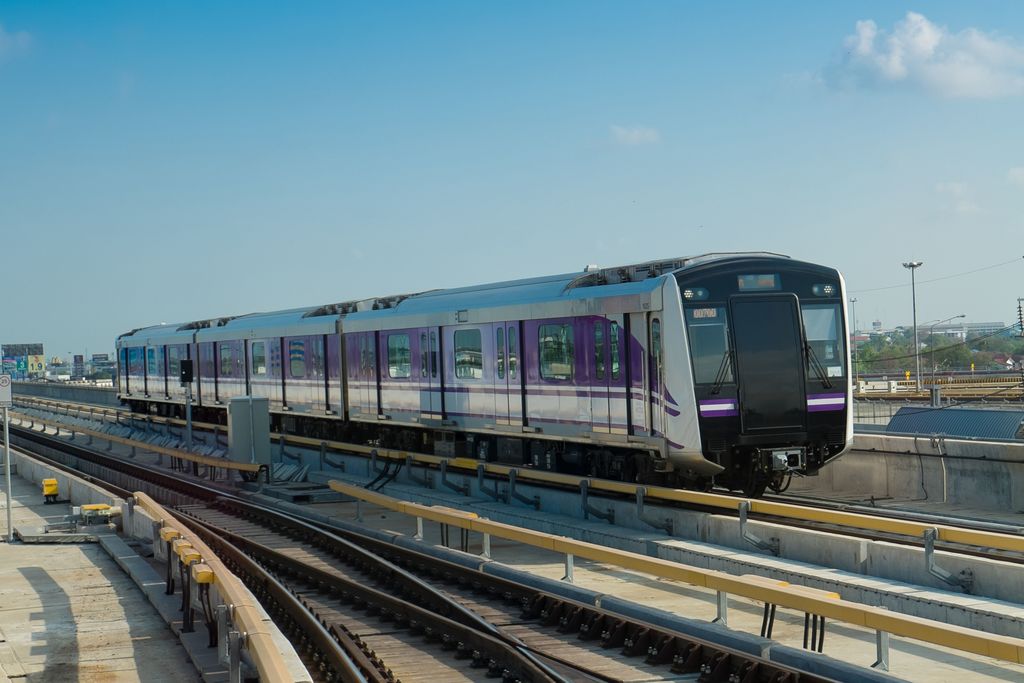 Metro is a fast and modern mode of transportation in Bangkok. The trains stop at 18 stations between Hua Lamphong in the south to Bang Sue in the north. Trains run from 6 am till midnight  Monday to Friday.  You can buy the tickets at the stations. Bangkok MRT fare of a Single Journey Ticket can cost between 16-70 Baht depending on your journey. The MRT follows a different route than the BTS Skytrain, making it easier for travelers to commute to the inaccessible neighborhoods of the Skytrain. 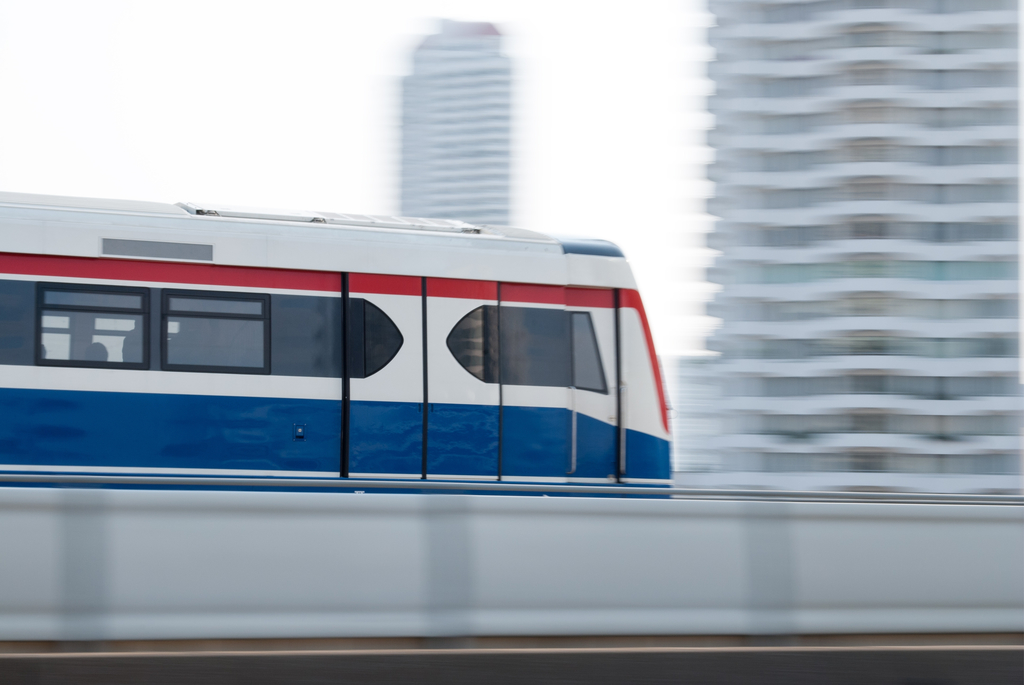 The speed, cleanliness, and comfort make the BTS trains the most reliable mode of transport. The train has 2 lines- Sukumvit and Silom. Sukumvit covers the area from the north to the east, while Silom covers the south to the west. The trains work from 6:30 until midnight and if you plan to use the train frequently, it is recommended that you buy a BTS Smart Card. Keep in mind that the ticket machines there only accept small changes. The train stops at different tourist attractions and makes it easy for you to find your way around.

The fares (depending on the location and the number of stops): 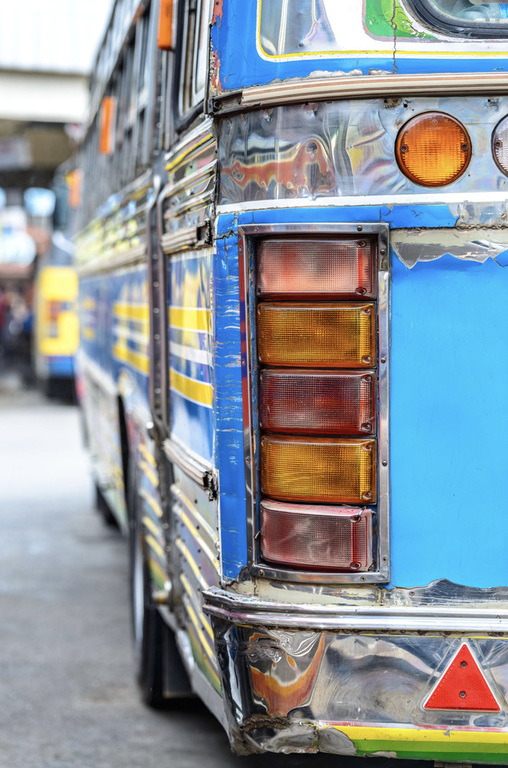 There are different lines and different kinds of buses in Bangkok, making it easy to go from point A to point B if you are on a budget. To avoid getting lost, you can get the  MBTA map available at bus terminals. Buses run from 5 am till midnight and the cost depends on the bus line.

The cheapest bus option costs around 7 Baht within Bangkok, with other buses costing around that range. You can take a bus to Pattaya, Hua Hin, Krabi, Phuket, Chiang Mai, and a few other cities. 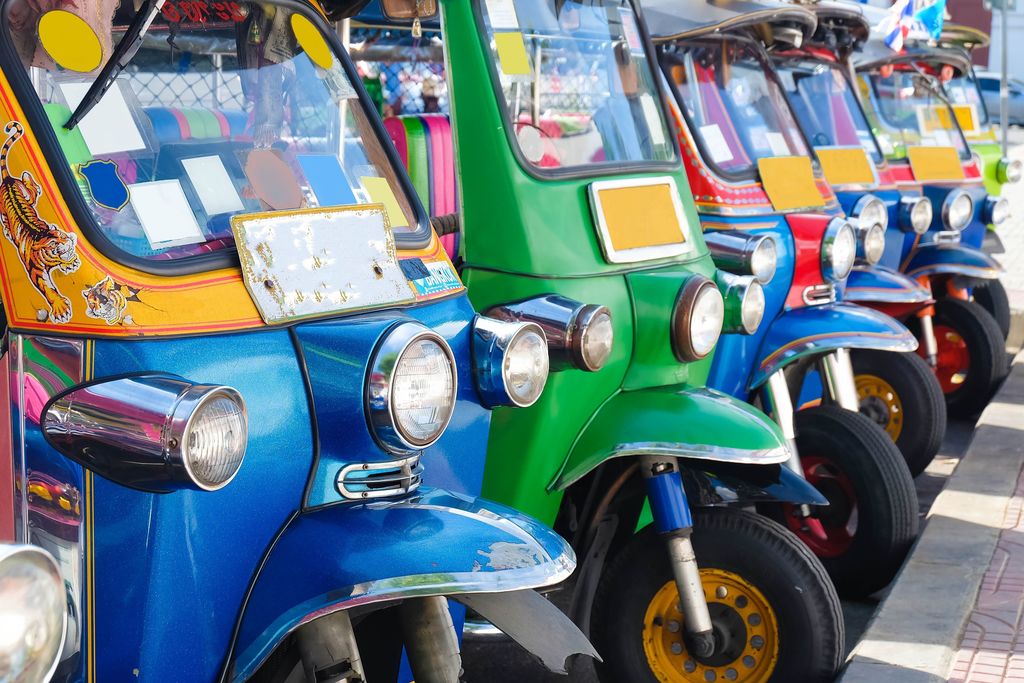 These three-wheeled vehicles are a famous mode of transport in Thailand. While it can be fun to roam around in them as tourists, keep in mind that they are more expensive than other modes of transport such as motorcycle taxis, MRT, or BTS. The rates can range anywhere between 80 to 150 Baht. Drivers are sometimes known to take advantage of tourists and raise the prices. 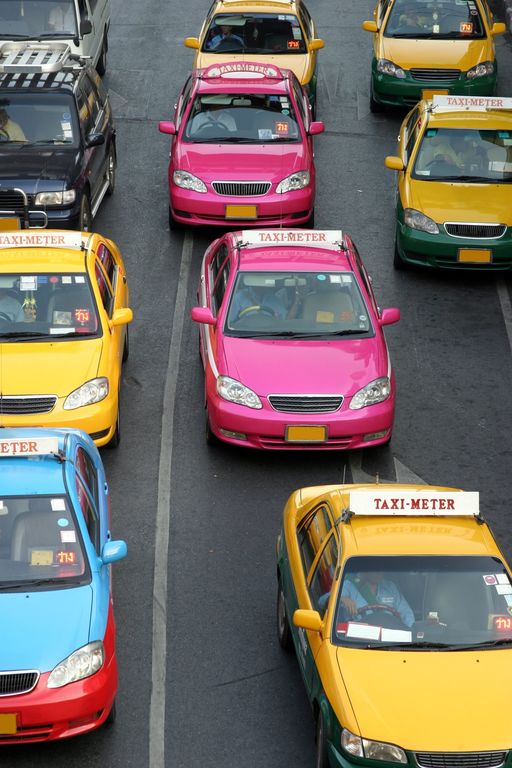 Taxis are also a convenient mode of transportation in Thailand, even though they are pricier compared to the other options. Taxis start at 35 Baht and after that, 2 Baht are added for the first 2 km and then 2 Baht per km after that. The advantage to taking a taxi is that they are usually air-conditioned, making it comfortable to travel in the heat in Thailand. The downside is that it takes a while to reach your destination if you get stuck in the usual traffic. You will need to bargain with the taxi drivers, as they sometimes try to skip using the meter and rip foreigners off. 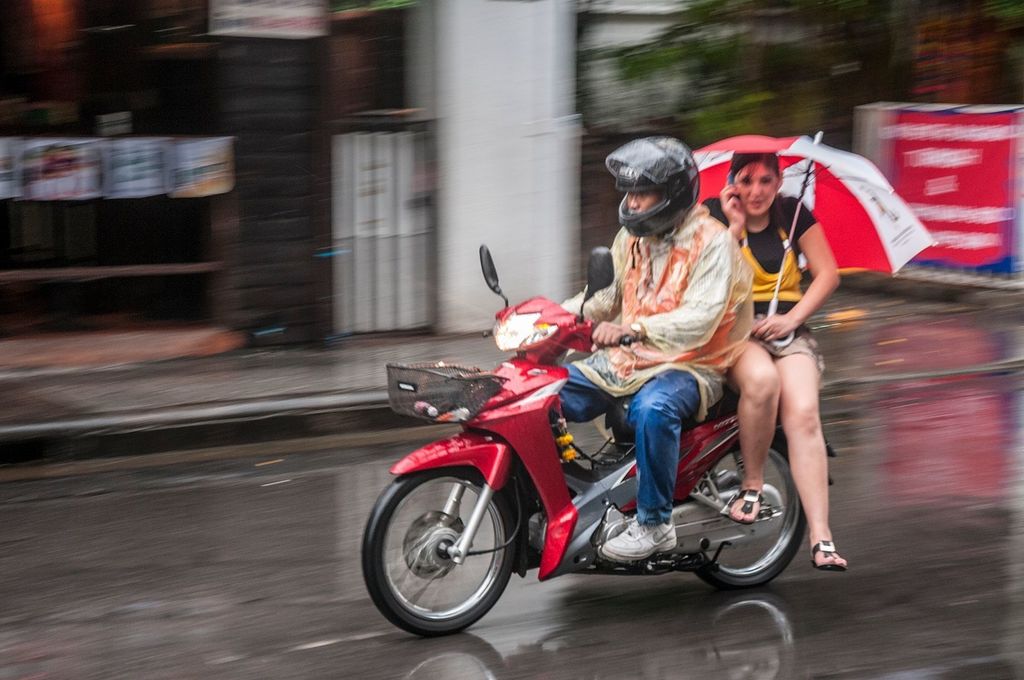 To travel short distances for cheap and to get somewhere immediately, you can use motorcycle taxis. They can be found pretty much anywhere and the best part is that they are faster than taxis, especially during traffic. The cost of a ride depends on the distance and you can negotiate the price. The standard rates for motorcycle taxis are usually between 20 to 100 Baht, depending on the distance. You can ask a driver for a helmet if you don’t have one, since they usually have extras. However, it’s best to avoid a Motorcycle Taxi if you are carrying large items.

Grab is an app you can use in Thailand to book a ride, just like Uber. You can use your card to pay for the ride, and this app works in a lot of cities in Thailand. The messages between you and the driver are automatically translated into English. 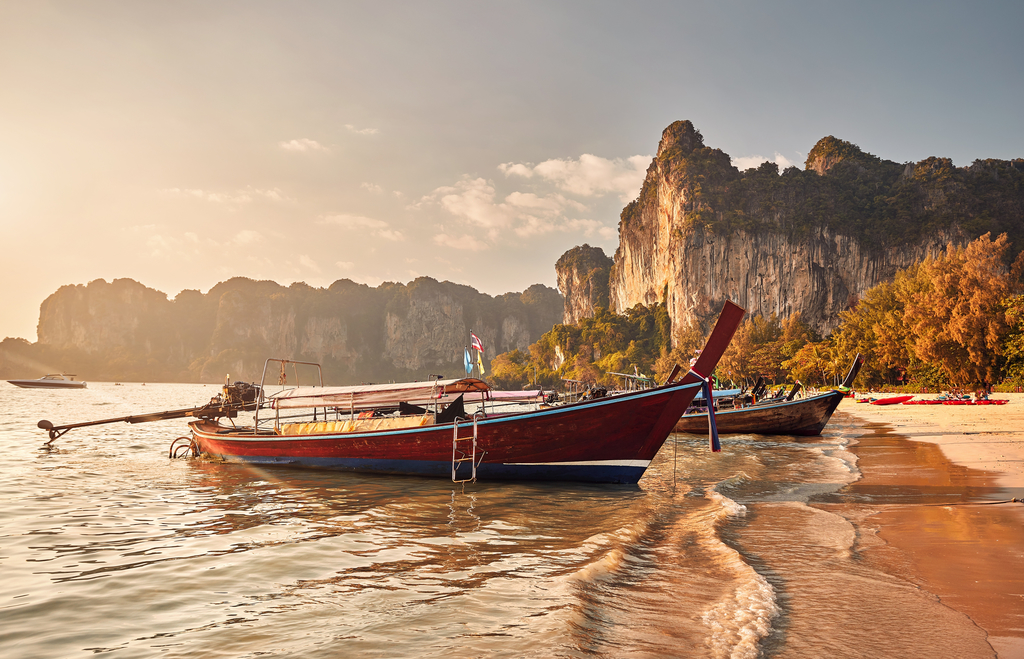 You can also use Taxi boats in Bangkok to get from one end of the city to the other for cheap.

There are different kinds of boats such as the Express boats, that stop at main stations.

Riverboats have different stops and the prices start from 10 Baht, depending on your destination. You can also take the tourist boats, which is more expensive compared to the other boats, but the advantage is that they stop wherever you ask them to. 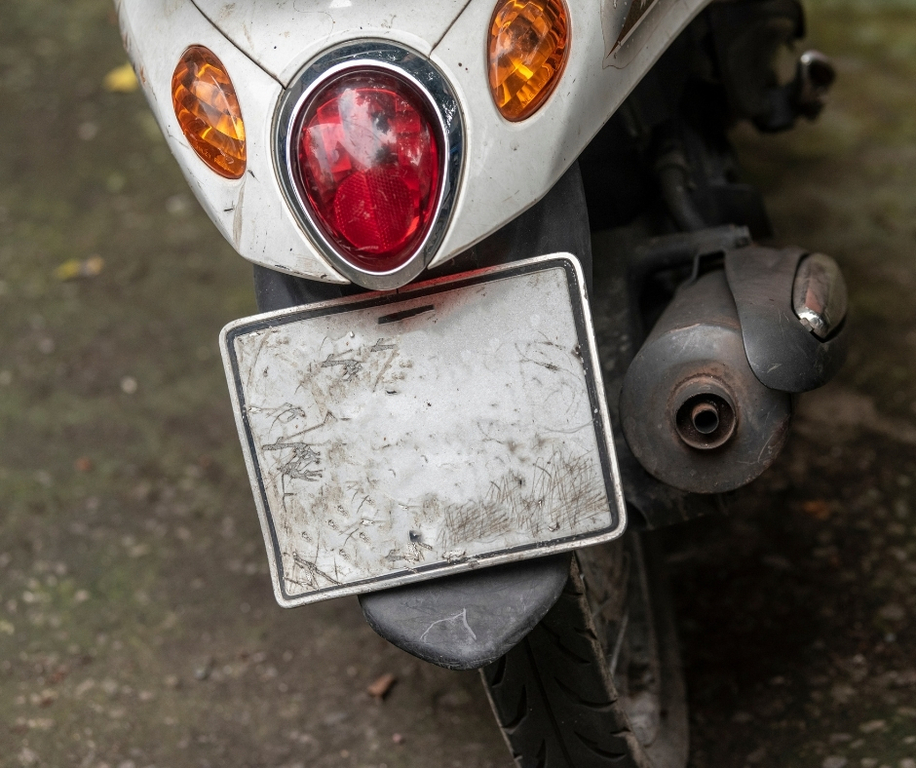 Scooters are pretty convenient as you can whiz through the city in them. You can either buy a  scooter or rent one. You can find rental places in large cities and can cost around 250 Baht per day.

Songthaews are small pick-up trucks and have 2 rows of seats at the back end of the vehicle. Songthaews are a common mode of transportation in Chiang Mai and you can get on one from the streets. They cost around 20 Baht and prices go up depending on the distance. You can go to nearby towns in them, but it is important to understand the different colors on them since the colors indicate the direction they are going. 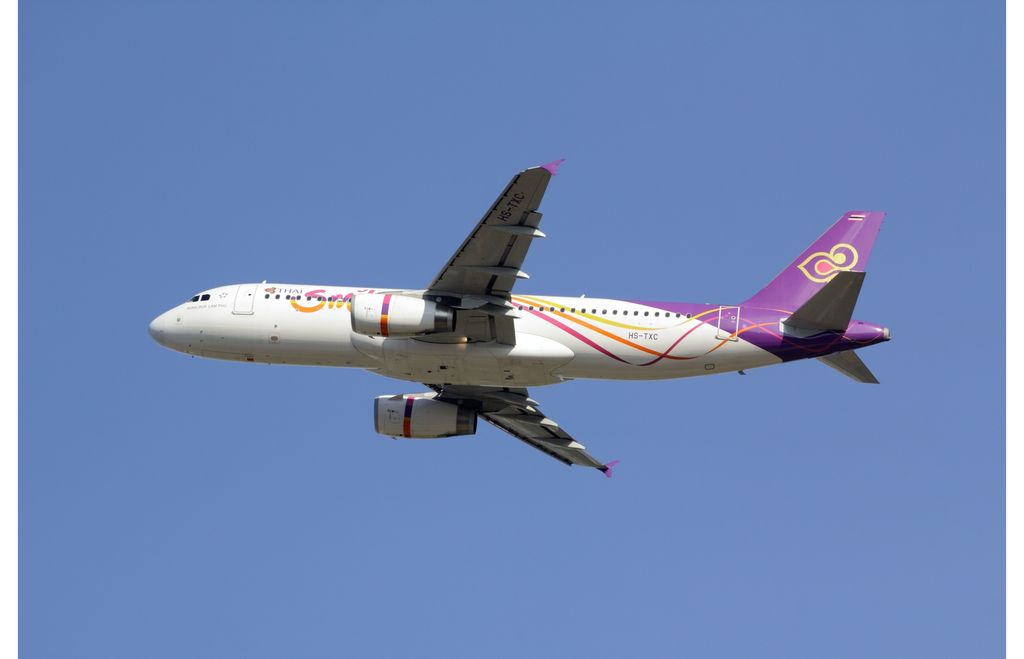 Traveling by air in Thailand is not uncommon and one of the quickest ways of getting from one destination to another.  There are numerous airlines you can use if you’re traveling on a budget. You can reach different tourist destinations and islands by boarding affordable flights, which are usually short. Flights around Thailand usually cost between 1,400-6,600 THB on average. However, it depends on the city you are traveling to and from where. You can book early to save on flights or when there is a sale going on. You can also try booking on GAFFL, where you can get pretty good deals if you are a premium member.

Tired of traveling alone? Connect with users from over 190 countries to plan trips and travel together!
Try GAFFL
Solo Travel Tips
Em Risked It All When She Quit Her Stable Corporate Job To Live A Life As A Full-Time Traveler
Here’s How Jennifer Spent 5 Days In Singapore During Her Honeymoon
This Globetrotting Adventurer Shares Her Profound Realization Of Happiness Gained Through Empathy...
These Nomadic Boys Have Been Adventuring Together For 12+ Years And Inspiring Other LGBTQ+ Travel...
The Best Budget Travel Tips For Backpacking New Zealand