My Messages
You have no Messages at the moment.
You will get access in group chats once you are connected with others in a trip.
10 Best Day Trips From London
What is GAFFL?

London is one of the world's most popular tourist destinations. And for good reason! The city has a lot to offer, from world-renowned landmarks and attractions to an unrivaled selection of shops, restaurants, and bars. But, every now and then, you just need to get away from the city's busy streets, and fortunately for you, there is plenty to see and do just a short distance from London. If you're looking for a day trip from London, these are our 10 favorites.

Even if you're not a history buff, there are plenty of reasons to visit Stonehenge. The prehistoric monument is only a few hours outside of London, making it ideal for a day trip. Visiting Stonehenge is a fascinating look back in time. The 5,000-year-old prehistoric monument is thought to have been used for religious ceremonies. It's mind-boggling to consider how old the stones are and how they got to the site. Stonehenge's setting is absolutely stunning. The monument is situated in the heart of the English countryside, providing breathtaking views of rolling hills and green fields. Stonehenge is also a popular location for stargazing. Because there is no light pollution, you can see the stars clearly. 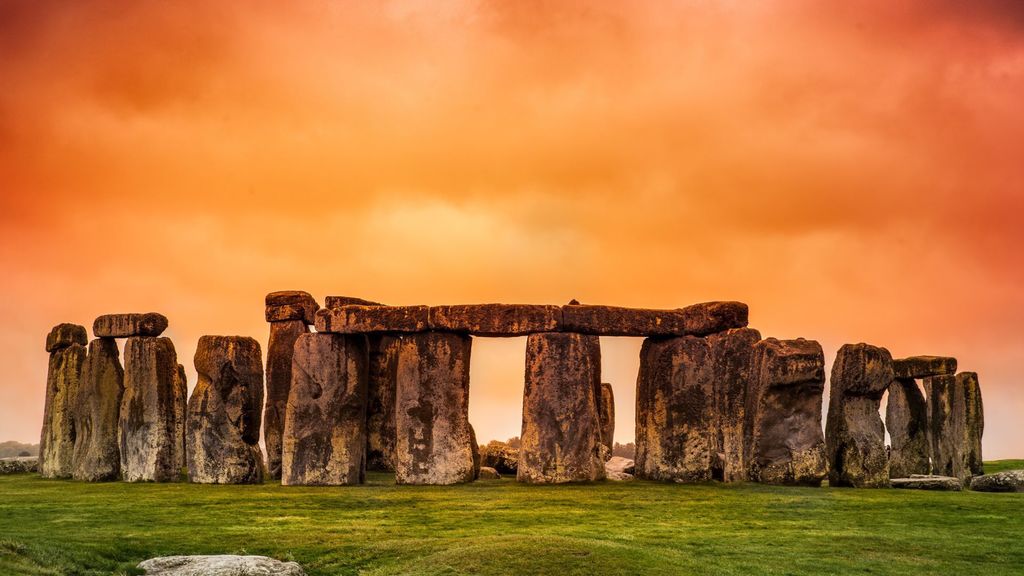 Just a short train ride from London, Warwick Castle is a medieval castle that has been beautifully preserved. The castle grounds, which include a drawbridge, a moat, and towers, are open to visitors. The castle also has a museum with exhibits about the castle's history and its residents.

William the Conqueror built the castle in the 11th century, and it has been owned by some of the most famous families in British history, including the Earls of Warwick, the Beauchamps, and the Greys. Many famous people have lived in the castle, including King Henry VIII, Anne Boleyn, and Oliver Cromwell.

Warwick Castle is now a popular tourist attraction, attracting over 1.3 million visitors each year. The castle is open to the public for tours and hosts a variety of events throughout the year, such as jousting tournaments, archery competitions, and medieval fairs. 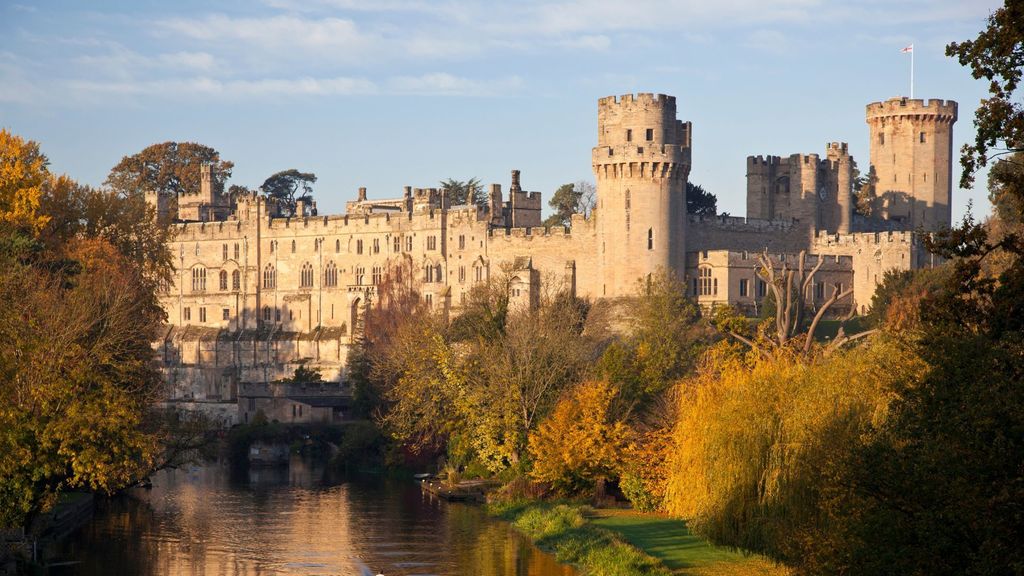 There are several reasons why a day trip to Harry Potter's Warner Bros. Studios from London is a great idea. For starters, the studio is only a short distance from the city in the picturesque Leavesden countryside. Additionally, the studio provides visitors of all ages with a variety of interactive experiences, like the wand Dueling lessons, Harry Potter-themed rides, and the opportunity to explore the Hogwarts castle. This is also the only place in the world where visitors can see the original props, costumes, and sets used in the Harry Potter films. Last but not least, the Warner Bros Studios provide a variety of dining options, such as the Three Broomsticks pub and the Butterbeer Cart, so you can refuel after a long day of exploring. 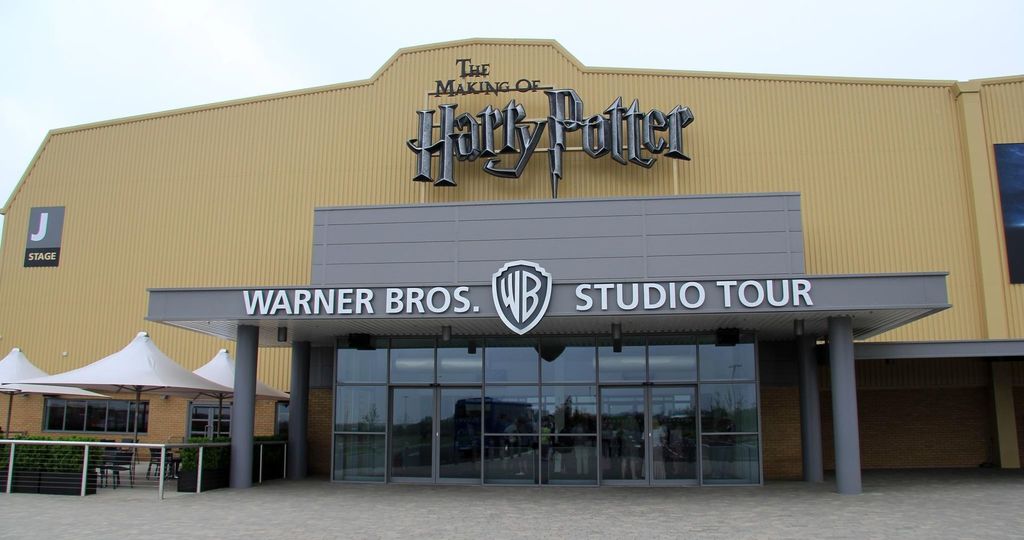 Windsor Castle is one of the most popular tourist destinations in the United Kingdom. The castle has been home to the British royal family for over 900 years, and is located in the town of Windsor, just outside of London.

Today, Windsor Castle is open to the public and is a popular tourist attraction.  Visitors can explore the castle's many state rooms and gardens, as well as learn about its fascinating history.

Windsor Castle is a must-see for anyone interested in British history or royalty. The castle is stunning, and there is so much to see and learn about it. 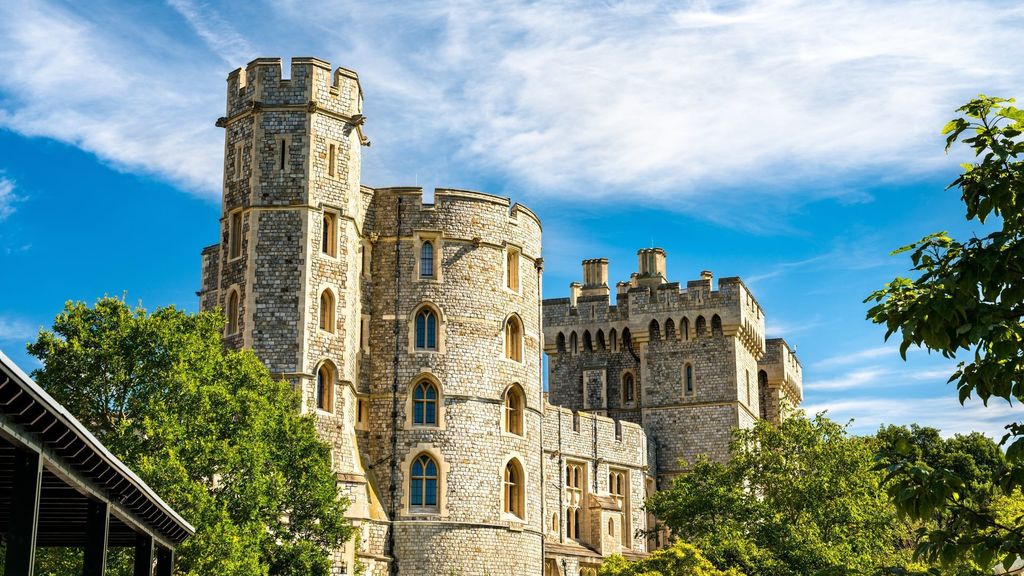 Bath has long been a popular tourist destination, and it's easy to see why! From its rich history and stunning architecture to its abundance of shops, restaurants, and cafes, this charming city has a lot to offer. Furthermore, its central location makes it an ideal base for exploring the rest of England.

One of Bath's most popular attractions is a well-preserved complex of Roman baths and temples built around a natural hot spring. Visitors can swim in the main bath's waters (just as the Romans did over 2000 years ago!), learn about the bath's history, and see some original Roman features.

Bath Abbey is a beautiful Gothic cathedral with fascinating history that is also well worth seeing. 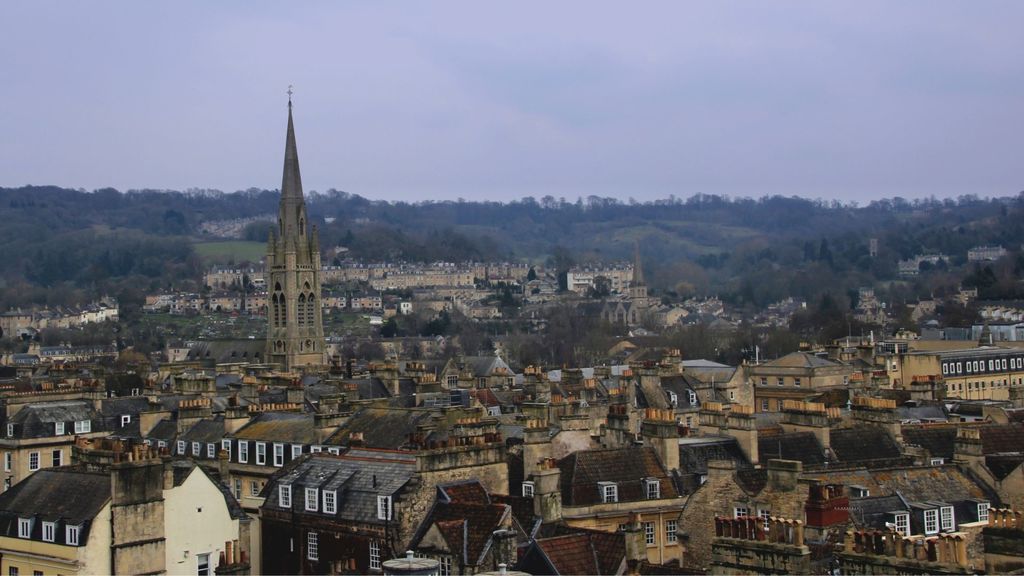 The Cotswolds is a wonderful place to visit for a variety of reasons. For starters, the area has some of the most beautiful countryside in England. The Cotswolds welcomes visitors with rolling hills, picturesque villages, and stunning landscapes. The area is rich in history. There's plenty to see and do, from castles and manor houses to Roman ruins and medieval churches. The Cotswolds is home to a number of excellent food and drink producers. Visitors will not be disappointed by the local produce on offer, which includes everything from world-renowned cheeses to delectable ice cream. Finally, the Cotswolds is an excellent place to simply unwind and enjoy the slower pace of life. With its scenic views and friendly locals, this is a great place to get away from the hustle and bustle of London life. 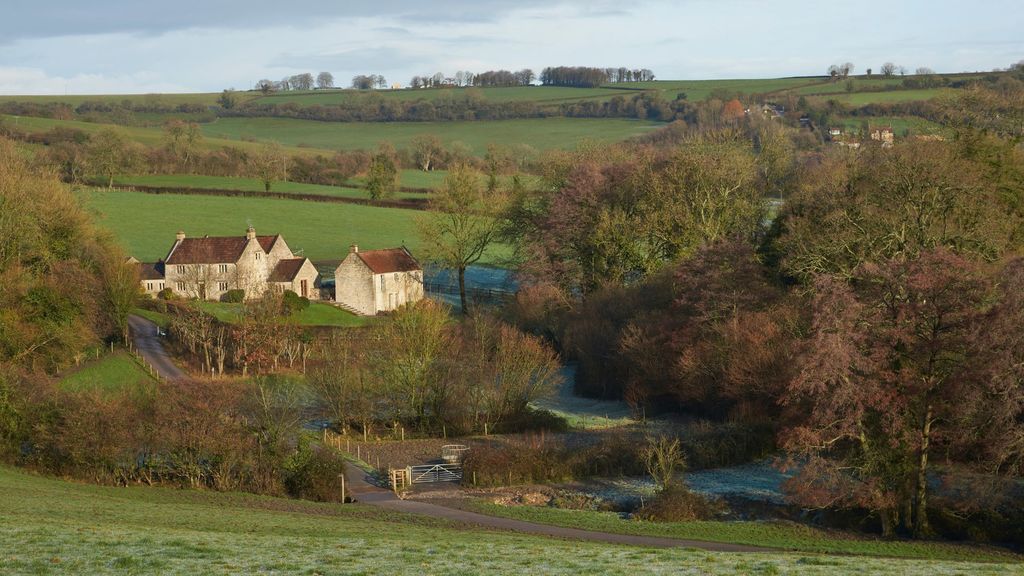 Oxford University is one of the most prestigious and oldest universities in the world. Located in Oxford, England, the university has a rich history dating back to the 11th century. Visitors to Oxford can explore the university’s many colleges, museums, and libraries, as well as its iconic buildings such as the Bodleian Library and the Radcliffe Camera.

You can take a punt (boat) down the River Thames, which is a great way to relax and see the sights. Finally, and maybe most importantly, there are plenty of great places to eat and drink in Oxford, so you won't go hungry. 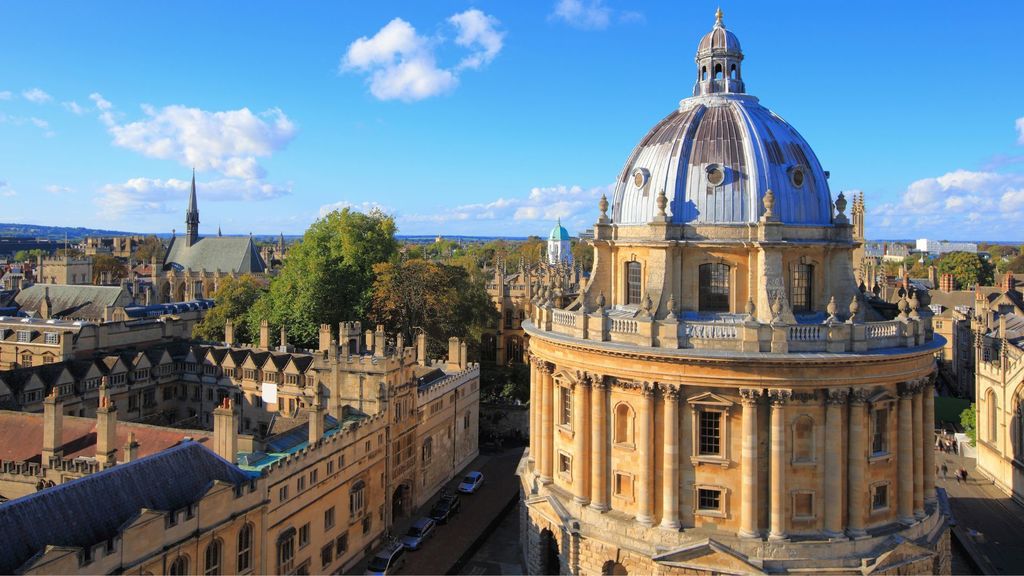 If you are a fan of Shakespeare, then Stratford-upon-Avon is a must-see. It's the birthplace of the world-famous playwright, and there are several Shakespeare-related attractions in town. The Shakespeare Birthplace Trust, Anne Hathaway's Cottage, and the Royal Shakespeare Theatre are among them.

Even if you're not a Shakespeare fan, Stratford-upon-Avon is worth a visit. The town exudes medieval charm, and there are a number of historic buildings to explore. If you enjoy shopping, the town's many independent stores will spoil you for choice. If you get hungry, there are plenty of great places to eat, ranging from traditional pubs to fine dining establishments.

So, why not drive from London to Stratford-upon-Avon for the day? It's a great way to get away from the city and explore a beautiful medieval town. 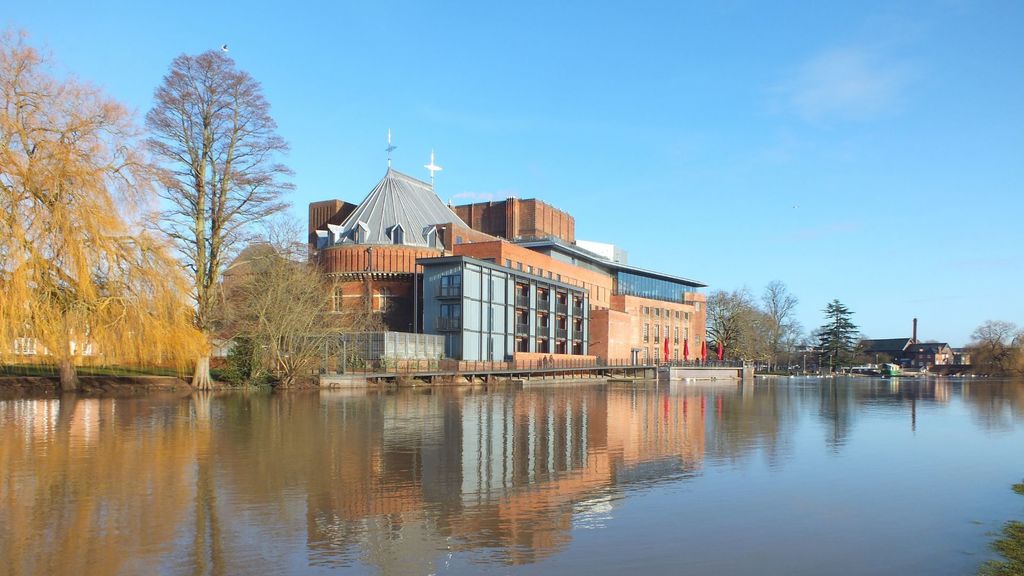 If you're looking to escape the hustle and bustle of London for a day, there's no better place to go than Brighton. Just an hour's train ride from the city, Brighton offers a relaxed seaside atmosphere with plenty of things to see and do.

Whether you want to enjoy the beach, explore the lively independent shops or simply take in the stunning views, Brighton is the perfect place for a day trip. And with plenty of great restaurants and cafés to choose from, you'll be spoilt for choice when it comes to grabbing a bite to eat. 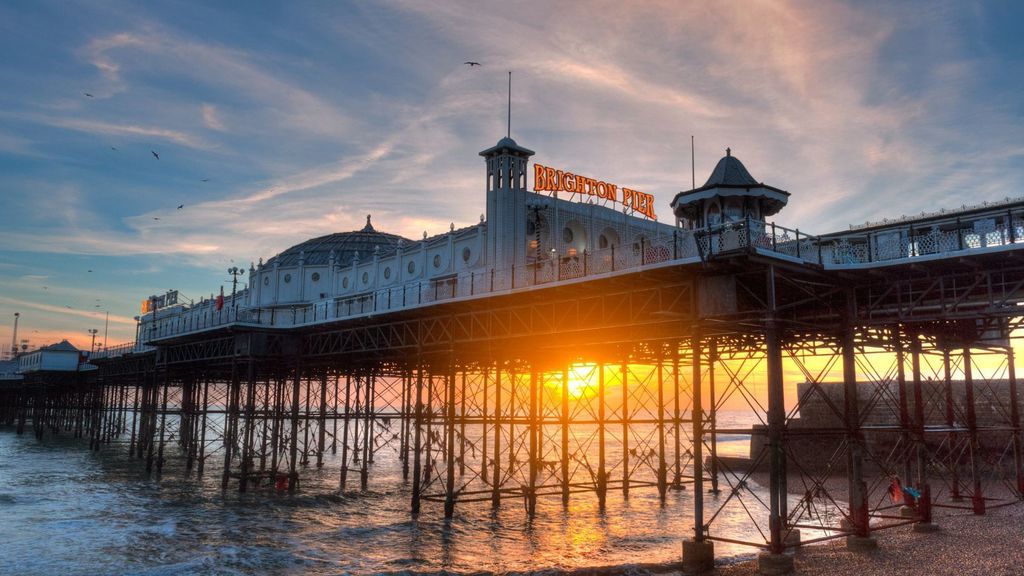 There are a lot of reasons to visit the Isle of Wight, an island off the south coast of England. Here are just a few examples:

The Isle of Wight is home to some of the most beautiful beaches in the UK. With over 50 miles of coastline, there's plenty of opportunity to relax and soak up the sun.

The Isle of Wight is also steeped in history. It is home to Ryde, the world's first seaside resort, as well as the ruins of several castles, including Carisbrooke Castle, where Charles I was imprisoned.

Furthermore, there are over 500 miles of footpaths and cycle routes to explore.

Overall, the Isle of Wight is an excellent choice for a relaxing beach vacation, an opportunity to get active in the great outdoors, or a fun-filled festival break. 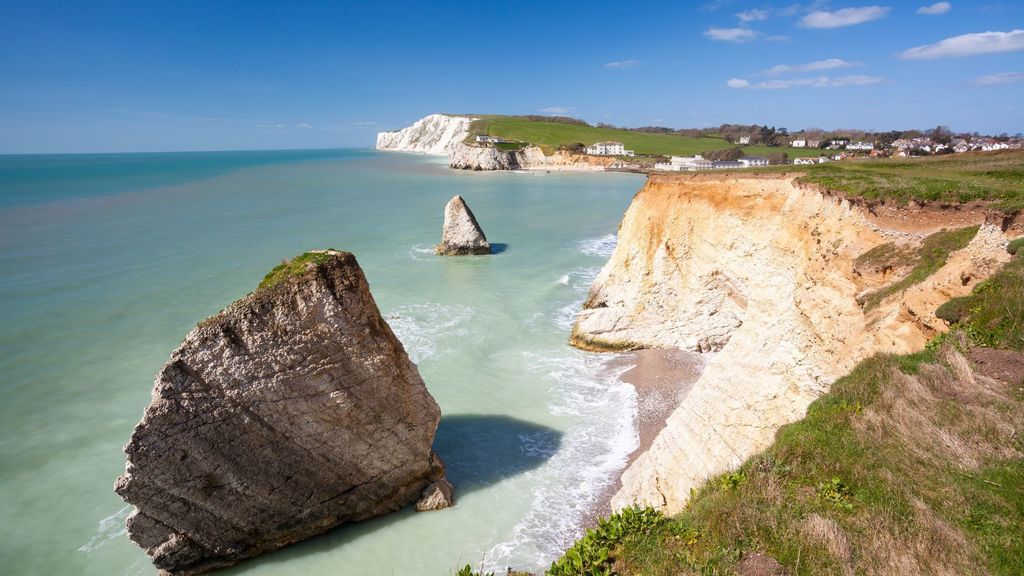